We need to stop breeding bulldogs 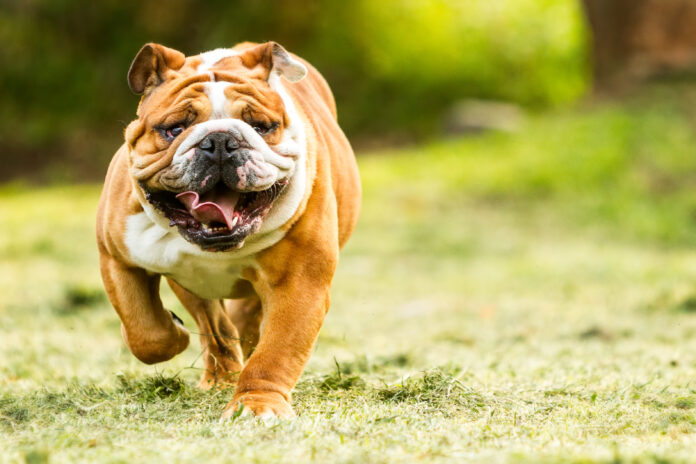 The truth behind our favorite friends

The bulldog is a dog breed known for its wrinkled nose, exaggerated gait and easygoing companionship. It clocks in as the fifth most popular dog breed in America according to the American Kennel Club, but its popularity has led to people ignoring dangerous issues with the breed. Although its extreme features have been selectively bred to make the bulldog the way it is today, the process has included many ill-advised tradeoffs. Because of selective breeding, bulldogs are one of the unhealthiest dog breeds in existence, and we may have already missed our chance to salvage the breed and save these dogs that are born into a short life full of pain and problems.

Bulldogs were first bred as strong, aggressive dogs for competition with bulls, hence the name bulldog. However, the bull-baiting sport was banned in 1835 by the British Parliament and almost drove the breed to extinction. Saved by a small group of people breeding bulldogs to be docile companion dogs, the breed survived to be recognized in 1886 but was already heading toward disaster.

Bred to look cute and eerily baby-like, we have watched their snouts shrink, legs shorten, heads enlarge and skin fold over time by selectively breeding for these traits. Numerous health issues have arisen with each of these changes, slowly turning the bulldog from a hardy breed into an unhealthy breed with a current median lifespan of only 8.4 years. These dogs are deliberately bred into short lives full of hardship, just to look cute for humans—we need to put an end to it.

We have changed so much about these dogs that it is extremely challenging and dangerous for them to reproduce naturally. They need human intervention to both inseminate and give birth. Their hips are too wide, the males are too heavy and their snouts are too small even to breed. Also, because of their small snouts, bulldogs can barely regulate their temperatures, leading them to be at extreme risk when outside in the heat and they can overheat while mating, regardless of whether the process is successful. Past that, we have selected bulldogs to have heads too large for their birth canals, meaning over 90% of births have to be done by C-section. We shouldn’t find it surprising that even after such a difficult conceiving process and birth their puppy mortality rate is among the highest of dog breeds.

Because of our breeding strategies, all bulldogs now have lifelong struggles with breathing issues, back and hip problems, dental and eye impairments alongside a smattering of other conditions due to their reduced genetic diversity. Airlines like Delta have even outlawed flying with bulldogs, as their numerous breathing problems make it unsafe to take them in the air. We need to either fix our breeding or stop breeding new bulldogs; it’s that simple. We can’t go on doing this.

Sadly, we may have passed the point of no return in saving bulldogs. According to a study from 2016, the gene pool may already be too small to breed healthy bulldogs.The fifth most popular dog in the U.S. is an amalgamation of unhealthy mutations engineered with the express purpose of being cute, instead of healthy. The fact that we let the breed fall so far is a failure of humanity—we bred them to die of heat exhaustion after 30 minutes in 80-degree weather. If genetically possible, we owe it to the dogs to reverse our selective modifications and save the species. However, if we no longer have the tools to save them, we need to recognize our failure and discontinue the breeding, while making a concentrated effort to ensure this doesn’t happen to other breeds.

The fact that one of America’s most popular dog breeds is doomed to a state like this because of humans is a travesty. How we could be so misinformed or ignorant enough not to know the truth behind these dogs is startling. While our bulldogs are cute, breeding them is inhumane and must end soon. Every day these dogs continue to be bred, bringing us closer to the irreversible end of the breed and this subjects many more dogs to a painful life—it needs to stop.