Why are the life choices of Black police brutality victims put on trial? 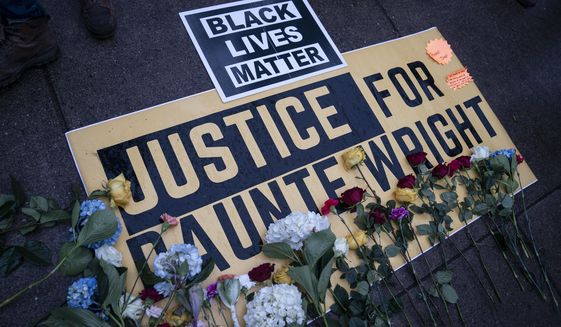 How character assassinations absolve blame from the actual perpetrators—the police

When it comes to victims of police brutality, a frequent narrative is touted: They were no angels. Victims of police brutality receive polarizing news coverage and have their reputations ruined in the courtroom. Their death is not put on trial—their life choices are. As author Touré puts it: “It’s as if a Black person must be a perfect victim to escape being thuggified, an angel with an unblemished history in order to warrant justice.”

A study analyzing the media coverage of Eric Garner, Michael Brown, Akai Gurley, Tamir Rice, Tony Robinson and Freddie Gray (all unarmed victims of police brutality) found that when racial minorities are depicted as victims, they are dehumanized, demonized and criminalized. There is constant fixation on their criminal histories, as well as “stereotypical elements” about their lifestyles.

Michael Brown, according to HBO Talk Show host Bill Maher, was “acting like a thug, not like a gentle giant.” Eric Garner was a “career petty criminal” who was a “victim of himself,” according to New York Post editor Bob McManus. Twelve-year-old Tamir Rice’s mother’s old drug charge was reported by the media. Alton Sterling, according to a Baltimore Sun article, “was not an admirable man […] [with] convictions [for] domestic abuse […] [and] illegal weapons possession.”

Victims of police brutality are ultimately dichotomized, according to Emily Jenab of the Fordham University Center for Ethics Education: “They are victims or they are thugs; or worse, they are meaningless statistics, neither martyrs nor criminals.” Victims are forgotten into a media trajectory that seeks to amplify a narrative that they were no angels.

By stripping victims of their wings, their deaths become free reign for invasive media outlets to publicize irrelevant details and for media personalities to dole out judgement calls on the deaths of victims using only snippets from their lives. The narrative that they were no angels effectively absolves blame from the actual perpetrators—police officers. What happened in these officers’ lives is never as actively discussed compared to the highly racialized examination into the lives of their victims.

The conjoining of a victim’s criminal history and their death implies that victims have a responsibility in their own death. Emphasizing a victim’s innocence or lack thereof, places the onus onto a victim; as though their series of life choices—in particular life choices that reflect the Black criminality narrative—creates a tragic domino effect of their doing that leads to their death.

Stereotypes of Black criminality are especially pronounced in courtrooms as well. Trayvon Martin, though not a victim of police brutality, was unarmed and fatally shot. Text messages and photos from his personal cell phone were disclosed by the attorneys of the man who shot him, George Zimmerman. These images include Martin with gun and drug paraphernalia, as well as text messages with references to gangs, all in an effort by Zimmerman’s attorneys to “paint a different picture of the 17-year-old than the one portrayed by his family and supporters.”

For the families and victims of police brutality, these unfair characterizations and publicization of intimate details only serves to strip victims of every shred of their humanity and demonize them beyond death.

The constant invasion into the lives of such victims understates a larger conversation that needs to take place: Black Americans are unjustly targeted and killed by the police, so much so that Harvard University researchers are calling for it to be treated as a “public health issue.” Instead of working toward ways to revise the criminal justice system, many are finding ways to excuse the police officers responsible for the deaths of Black victims through constant character assassinations.