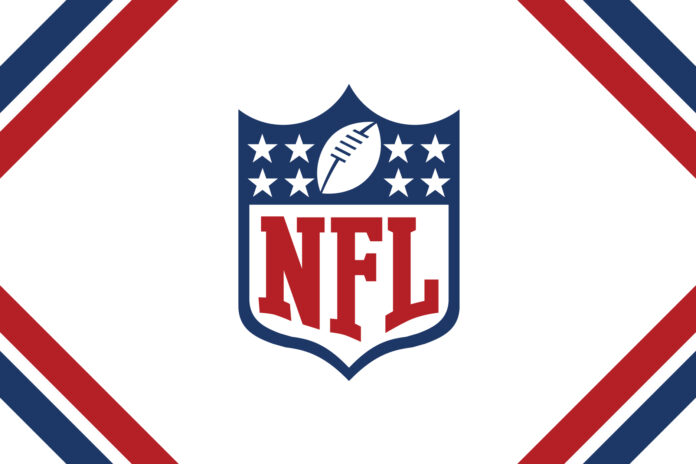 With the draft right around the corner, The Aggie looks at where the NFL’s future will land

The National Football League (NFL) Draft is upon us, and teams are preparing their final thoughts and big boards ahead of the event which spans from April 29 to May 1. The event will be held in Cleveland, OH this year, so the return of fans will bring back a familiar element after last year’s fully virtual set-up. With the league’s future stars also in attendance, 259 names will be called and their lives will be greatly impacted.

As the countdown approaches, there is a lot of talk and uncertainty surrounding most of the top 10. After the Miami Dolphins, San Francisco 49ers and Philadelphia Eagles all shuffled the draft order in late March, it remains unknown where these players will land. As fans and teams anxiously await the arrival of players they hope can give them an extra push for a Super Bowl, The Aggie looks at the most probable landing spots for these players.

The NFL Draft’s worst kept secret is the No. 1 overall selection held by the Jaguars. After going 1-15 last year, Jacksonville won the “Tank for Trevor” sweepstakes and will look to build around Trevor Lawrence, who is touted as the best quarterback prospect in almost a decade. After reportedly giving the Clemson quarterback the playbook, the Jaguars are hoping to turn their fortune around and finally have their franchise quarterback, making him the obvious choice at the top.

After much speculation on whether the Jets would go quarterback at No. 2, their trading of their former third overall pick Sam Darnold all but solidified that choice. After Zach Wilson’s athletic stature and ability impressed college football once again this past season, many expect New York to begin a new era with the BYU star at the helm. Having not made the playoffs since the 2010 season, the Jets hope they finally got it right with the quarterback selection.

Having come up short in the Super Bowl just a season ago, last season was quite the opposite for the 49ers as they battled injuries the entire year. Although quarterback Jimmy Garoppolo is still under contract for two more seasons, his ongoing health issues and his limited capabilities as San Francisco’s starter has led the team to make a splash up to No. 3. After many believed the Niners would go in a different direction, Justin Fields is now the betting favorite as the pick to round out the top three. His ceiling and potential as the future quarterback of the 49ers is enough to place him in third.

With Fields off the board, the Falcons are in an interesting position. As longtime starting quarterback Matt Ryan turns 36 in May, a future investment could be at play. However, Atlanta could decide to give it one last push. Enter Kyle Pitts, the athletic tight end from Florida. Pitts dazzled at Florida and his 6’6” frame and elite speed makes him the perfect tight end in today’s NFL. As the Falcons hope to make it back to the Super Bowl, Pitts would join a stacked offense of Julio Jones and Calvin Ridley—more than enough to wreak havoc in the league.

All signs point to a Louisiana State University (LSU) reunion in Cincinnati, as it is reported that the Bengals are locking in on the LSU star wide receiver. Ja’Marr Chase would join his former college teammate and fellow quarterback Joe Burrow, who is working his way back from injury. After the young quarterback suffered a tough injury during the season, the Bengals hope to give him some more weapons to work with. Although Cincinnati could use a lot of offensive line help, the possibility of teaming up Chase and Burrow to an already impressive receiver room is too much to pass up.

Labeled a “generational” draft prospect, the quarterback-heavy top of the draft could make Penei Sewell slide just a bit. However, the Dolphins could be the beneficiary here, as Pro Football Focus ranked them the 28th best offensive line this past season. Hoping to give last year’s first-round pick Tua Tagovailoa some more protection, Sewell can help the young quarterback flourish after an inconsistent year.

Rumored to be interested in moving up for a quarterback, the Broncos will be able to do just that in a trade with the Lions. Advancing two spots, Denver is able to get their franchise quarterback in Trey Lance, a prospect from the Football Championship Subdivision (FCS) ranks. After striking out on every quarterback since the retirement of Peyton Manning, the Broncos hope Lance is the fresh start they’ve been looking for.

After trading for quarterback Sam Darnold from the Jets, the Panthers may look to give him some help and boost as he begins a new era in North Carolina. With Rashawn Slater, the Panthers would give Darnold better protection than he had in New York and more time in the pocket. With great speed and balance, Slater will make an immediate impact on the Panthers’ offensive line.

The 2020 Heisman Trophy winner gets the nod at No. 9, as the Lions begin a new era with Jared Goff. After a stellar year at Alabama, Detroit will be looking for him to replace Kenny Golladay, who made his way to New York in free agency.

Another Alabama player is off the board as the Cowboys start the draft in desperate need of defensive improvements. After setting a franchise record in permitted points, Patrick Surtain II would join fellow Alabama defensive back Trevon Diggs, who was drafted by the Cowboys last year.

Once seen as a possible top three pick, Mac Jones has the potential to slide into this year’s draft. Although the Patriots brought back Cam Newton, Jones gives them a new quarterback to develop in the post-Brady era.

Jaylen Waddle would continue the slew of Alabama players drafted, as the Eagles look to give new starting quarterback Jalen Hurts some more weapons. Having drafted Jalen Reagor in the late, first round last year, Philadelphia’s misses at the wide receiver position have placed them in a position to draft someone they hope can be a splash player.

The young defensive mind of new head coach Brandon Staley brings a fresh element to the Chargers who are looking to get back into contention. To fix up the defense that showed flashes, Jaycee Horn gives Los Angeles that athletic player in the secondary that can fit Staley’s system.

Head coach Mike Zimmer had his worst defense in a long time the previous year, and after many offseason moves, Micah Parsons would be one of the last pieces to get the Vikings back to normal. After a slow start to the year, the Vikings picked up near midseason and hope to build on what they have.

With quarterback Daniel Jones entering a make-or-break year, the Giants’ offense has enough in their arsenal to compete this upcoming year. Alijah Vera-Tucker stands to add some more pass protection to a line that showed potential, which could be huge for the development of Jones.

Even after the addition of JJ Watt, the Cardinals’ defense needs some help when it comes to rushing the passer. After losing Haason Reddick to the Carolina Panthers and the return of Chandler Jones from major injury, going defensive with Jaelen Phillips would be choosing the best player available.

After a flurry of moves in the offseason, the Raiders must now rebuild their offensive line. Holding the 24th ranked line last year, the addition of Christian Darrisaw allows them to improve and give quarterback Derek Carr more time in the pocket.

In their second pick of the first round, the Dolphins look to attack a need. The losses of Kyle Van Noy and Shaq Lawson to free agency leaves a hole when it comes to rushing the passer. For their secondary to continue to impress, pressure on the opposing quarterback will be key, making Kwity Paye a reliable pick.
Written by: Omar Navarro — sports@theaggie.org