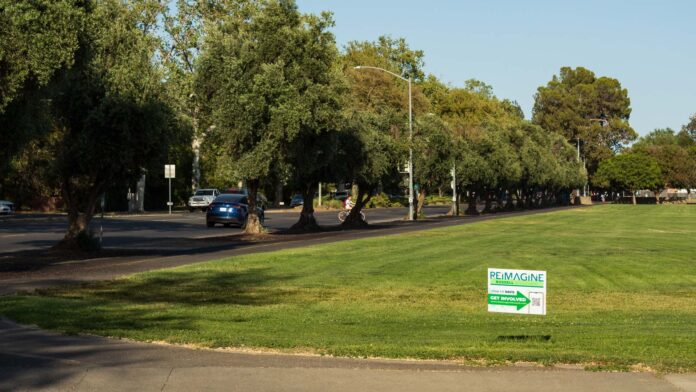 Community invited to participate in the planning stage of project

On April 28, the City of Davis and UC Davis hosted a virtual community meeting from 5:30 to 7 p.m. in an effort to get the community involved in the planning process to improve Russell Boulevard.

The project grew out of a memorandum of understanding that the city, the university and Yolo County established in 2018, according to City of Davis councilman Dan Carson. He explained that cooperation was vital since campus activities also impact the city as a whole.

“The impetus for this planning really came out of the 2018 memorandum of understanding that involved three parties: UC Davis, Yolo County, and the City of Davis,” Carson said. “The gist of the agreement was: how was our community going to work together with these different parties to deal with the impacts of growth from the campus, which impacts housing and transportation?”

Carson explained that community members have brought forward a variety of ideas and considerations for reimagining Russell Boulevard.

“In my district, some of the ideas that are bubbling up in the conversations are things like creating a traffic circle where Arlington and Russell converge and installing other controls at other intersections on Russell to make it safer for bicyclists and pedestrians to cross,” Carson said.

Carson also noted that additional funding for this project is derived from the University Mall.

“When the University Mall project was being considered, future monies generated from that project were earmarked for making improvements both on the north side of Russell, where the University Mall is now, but also on the south side of Russell along the area of that project to try to create a safer passageway both for bikes and pedestrians,” Carson said.

Senior Transportation Planner Brian Abbanat specified that there would be financial limits to the feasibility of some traffic solutions.

“There’s a lot to consider, there’s a lot on the table—we haven’t excluded anything, and there are going to be some natural limits from a cost standpoint,” Abbanat said. “There will only be so much space in portions of the corridor, and that will all be taken into consideration when we go through the process.”

The project may also involve Yolo County, as Abbanat suggested that the project leaders might extend the western boundary of the project to include the intersection with County Road 98, where Yolo County is building a roundabout.

“It’s a long stretch of road, three miles, so we’re also talking with the county to consider extending the western border,” Abbanat said. “The western boundary of our project ends at Lake Boulevard. There’s approximately two-thirds of a mile between Lake Boulevard and County Road 98. In this case, there was consensus that it would make sense to continue the planning effort to extend all the way to the intersection with County Road 98.”

Abbanat focused on bike lanes as one area for improvement. Segments of Russell lack dedicated bike lanes, which is a hindrance to bicyclists who must navigate through high-speed, high-volume traffic as they move west.

“In terms of bike lanes, there are segments of Russell particularly between Anderson and A Street where there aren’t bike lanes on the street at all,” Abbanat said. “In the westbound direction, that’s really problematic, because if somebody’s traveling on Fifth Street, through downtown, they’ll want to go to University Mall, or just continue westbound. It’s really uncomfortable to continue on the street, because they are now sandwiched between parked cars and fast moving, high volume traffic.”
Written by: Rachel Shey — city@theaggie.org