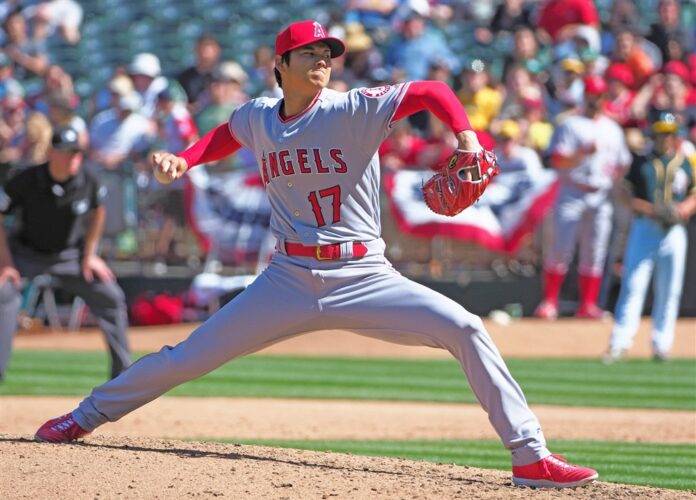 We need to stop judging people by foreign language interviews

Professional baseball players come from all over the world and speak many different native languages; it’s part of what makes baseball such a great game. Thirty percent of baseball players hail from outside the U.S. Many of baseball’s newest stars are players not comfortable with English, and it should be our responsibility to make their learning process as smooth as possible. Not all Japanese and Korean players are shy and reserved, and not all Latin players are “daft and uninteresting,” we just need to let players interview in their preferred language to eliminate these harmful stereotypes. We miss out on their great personalities by forcing them into awkward interviews.

How fans often judge players who are not proficient in English is discriminatory. Fans assume the personalities of these players purely out of laziness and stereotypes—which is unacceptable. When Japanese and Korean players play their way into Major League Baseball (MLB) they are often older than average because of their time spent competing in their home country. Because of their age as well as general opinions of their dispositions, fans see their short and quiet interviews and label them as a quiet type of a person because of it. When we see Latin players who are often younger, however, their short, quiet and misinterpreted interviews “earn” them the label of “stupid and comical.” The same interview given by the players of two different ethnicities often comes with drastically different results simply due to discrimination.

These sorts of issues are hard to avoid. It’s extremely difficult to get people to completely ignore their prejudiced minds—there is no easy fix. It’s not like these players aren’t trying their best to learn a new language either. Most can communicate with their English-speaking teammates just fine after a season or two of practice, but casual conversation is entirely different from interviews.

You took a language class for a few years in high school or college, so you would be absolutely fine doing a job interview in that language, right? No, you wouldn’t be, so is it any surprise that a player who is still taking English lessons wouldn’t be either? With your entire career relying on making a quality outwards appearance, it would feel irresponsible giving an interview in a language you aren’t comfortable with. One wrong word or misinterpretation could alter your whole career; why take the risk? Expecting foreign players to take a risk like that almost daily is unfair and needs to stop.

There shouldn’t be shame associated with using a translator to help during an interview. Using the help of a translator is still making an effort to learn the language and shouldn’t be a sign of negligence like it’s seen as of now. A prime example of this in today’s game are the players Gleyber Torres and Gary Sanchez. Both Yankees players from Spanish-speaking countries take different routes to giving interviews, and still, both receive unwarranted abuse over their decisions. Torres receives flak over interviewing without a translator in broken English and Sanchez draws ire for using a translator because he’s “lazy.” Is there any way to make critics happy?

This doesn’t only happen to Latin players either. Hall of Fame outfielder Ichiro Suzuki, who happens to be Japanese, drew criticism for only giving interviews in Japanese using a translator. The long-time outfielder constantly stated that he didn’t want to be misunderstood due to not being fluent in English. Does that make him a bad person? This is all without mentioning the recent firing of Kevin Mather, ex-CEO of the Seattle Mariners.

Mather gave a horrific 45-minute interview at a local rotary club where he insulted both the respected pitcher and coach Hisashi Iwakuma in addition to 21-year-old star prospect Julio Rodriguez for not knowing English yet. Thankfully he was quickly removed from the organization, but the fact that this mentality still exists in team front offices and is embedded in the media is appalling—it makes my blood boil.

While there are still many issues in America’s pastime, there are more foreign stars in the game than ever before. The MLB is in a golden age of diversity, with young phenoms from all over the world taking over the game and spreading joy to all. Japanese player Shohei Ohtani has taken the league by storm as both a pitcher and hitter for the Angels, with Ippei, his longtime translator, right by his side. Venezuelan star Ronald Acuña Jr. is bringing the Braves and fans dynamic plays we didn’t know we needed to see; Juan Soto spearheaded the Nationals’ 2019 World Series win and Fernando Tatis Jr. just signed a $330 million contract to try and do the same for the Padres—both Dominican and at the top of the league. The game wouldn’t be how it is today without these players; we need to make sure we treat them with respect like we would any native English-speaking player.

Fans can’t see the true personality of players when they have to interview in a language they aren’t fluent in and yet they often disparage them for using translators. We need to stop judging our stars based on unfair interviews and instead enjoy them for their true selves. We aren’t and wouldn’t want to be judged based on our statements given in a language we aren’t yet comfortable with, so we need to extend that same privilege to others. It’s not easy for these players to talk to us in a language new to them, so let’s show some human decency and cut them a bit of slack—it’s the right thing to do.