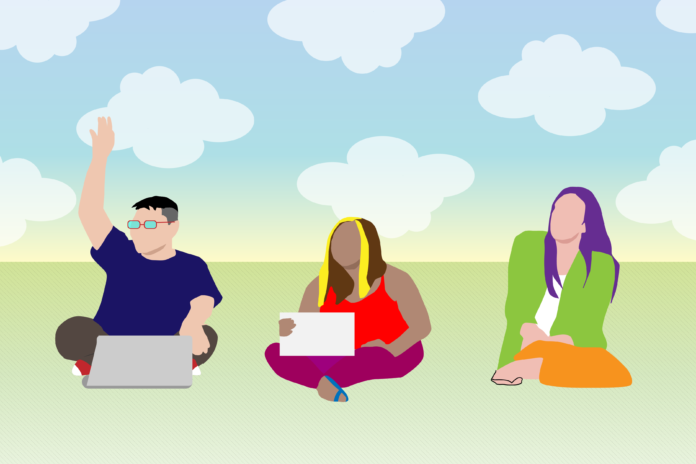 Students and professors share their favorite course offerings for summer 2021

As the second year of all-remote summer session classes approaches, students and professors share their favorite courses from last year, and even some courses unique to 2021 to add to this year’s summer class load.

This course focuses on major toxic events, their causes and consequences and how they affect the trajectory of toxin regulation. Topics range from discussing mercury to the toxic chemicals used in medications like Accutane each week, leading up to the final assignment—a 10-page research paper on a toxic tragedy based on students’ interests.

Kailey Flynn, a third-year environmental policy analysis and planning and economics double major, said that the course was perfect for the summertime because it covered interesting topics but also provided a flexible schedule.

“I enjoyed it because it gave me the ability to watch [lectures] whenever I wanted and enjoy summer time during the day,” Flynn said. “It was super informative, and I now realize what a large impact different toxic tragedies have had.”

This summer, ENL 177 will be studying J.K. Rowling’s “Harry Potter” series in context. The course will assess the series alongside other works like “Jane Eyre” and a detective fiction novel. English Professor Matthew Vernon, who teaches this course, said that ENL 177 will offer a deep dive into the inspirations for Harry Potter, how it is quickly becoming a new “classic” and how readers can appreciate the series while acknowledging its problematic author.

Vernon said that this class is not just for English majors, but any Harry Potter fan or student looking for a more fun, laid back course to take this summer.

“It could be relaxing and a slight change of pace from all the other classes that people take, so I think it’s better to take it during the summer,” Vernon said. “This is one of those classes where you can get credit but not be super stressed out the entire time. I hope that this is the sort of thing that people will treat as an enjoyable experience and summertime experience rather than, ‘I have to check boxes, I have to get through a bunch of requirements.’”

American Studies Professor Megan Bayles, who teaches AMS 130, said that the class explores what pop culture can illuminate about the values and larger culture of the country at a given time. The course studies varying topics, like classic movies, influencer culture, Dolly Parton and more.

According to Bayles, one of the most meaningful projects students do is the “questions” project, in which each student poses a question that they cannot necessarily answer about popular culture in the U.S. Students go through a process of refining the question, but they never actually answer it. Bayles said that not actually providing an answer for the question makes most students uncomfortable, but it forces them to learn and think in a way most college classes do not.

“[It’s really a question of], can you think about something in a sustained and increasingly complexified way if I give you space to do that?” Bayles said.

Bayles also teaches AMS 152, which studies family separation in American history, specifically examining the Mexico-United States border and the changes that occurred at the border under the Trump administration. This course offers an examination of the border in its current state and what has transpired there over the past five years, in addition to looking back in time at the history of family separation in the U.S.

“We look at child slavery and the kind of intentional disruption of kinship structures amongst enslaved people,” Bayles said. “Then we go to Native American boarding schools and the forced removal of Native kids from their families and their cultures and language as a way of trying to force assimilation. [We look at] Japanese internment during World War II and the use of fear of revoking citizenship or making people stateless as a way of containing people but also looking at how intergenerational trauma is produced.”

Bayles said that this course is more intense than AMS 130, but it is a way for students to learn about a topic that is complex and can be difficult to navigate on their own.

WMS 070 will discuss sexual identity, gender and their intersection, as well as their relation to race, class and ethnicity.

Emma Talbot, a second-year sustainable agriculture major, said that even as a STEM student she felt the class was helpful and relevant to her studies. It served as a way to learn about gender and sexualities while earning general education credits.

“After taking [WMS 070] I realized I wanted to minor in gender, women and sexuality studies,” Talbot said. “I felt empowered taking WMS 070, and I felt I could use what I learned in these classes to empower all different types of folks I encounter in my career as a sustainable agriculture major.”