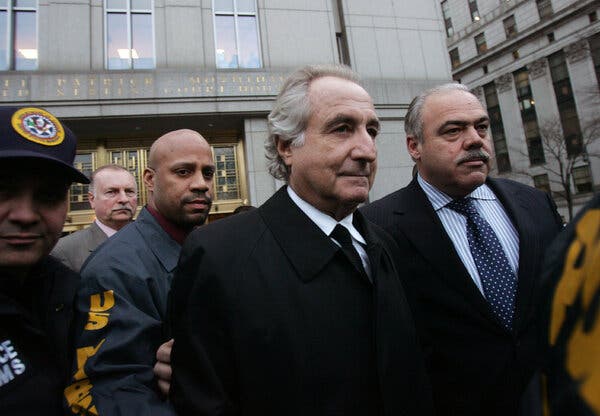 Madoff left a trail of destruction and misery for the people he preyed on. His actions brought great shame to the Wall Street warriors who do business with honor and dignity. One of his victims was quoted saying, “Death is too good for him.” Madoff may have not been deserving of his own passing, but the financial industry certainly deserved to finally have some respite from the only black mark remaining on their spotless public record.

Some may contend that at best, the financial industry was acting in an extremely risky manner and at worst, an incredibly unethical manner in the run up to the 2008 financial crisis—which they caused. How else were they going to expose Madoff for his crimes? Madoff was the root cause of all the evil in their hearts, so he had to be stopped at all costs. So what if a few people lost their homes? These heroes did it for nothing but billions of dollars in a publicly provided bailout.

Did the GameStop saga show that financial markets are nothing but a house of cards that can be manipulated for cynical interests? Is there currently an issue with commercial loans similar to the infamous liar’s loans? Sure, but this was all before Madoff died. His existence infects the souls of financial folk daily. With Madoff’s death, all wrongdoing left the financial markets, so I’m sure this has all been resolved.

The financial industry is finally free of corruption with Madoff’s demise. The “real” productive members of our economy, by providing many jobs to all the working class chart designers out there, are finally unshackled from the burden of Madoff and all the financial corruption in their hearts.

The sins of the Great Recession have died with Bernie Madoff.

Written By: Ean Kimura — etkimura@ucdavis.edu
Disclaimer: (This article is humor and/or satire, and its content is purely fictional. The story and or names of “sources” are fictionalized.)

Carbon Footprints are a scam

On my plate: Why Dutch Bros is my favorite coffee shop experience

Remember to take time to appreciate what’s around you