Dr. Theanne Griffith, principal investigator at the new Griffith Lab of the UC Davis School of Medicine, shares her story 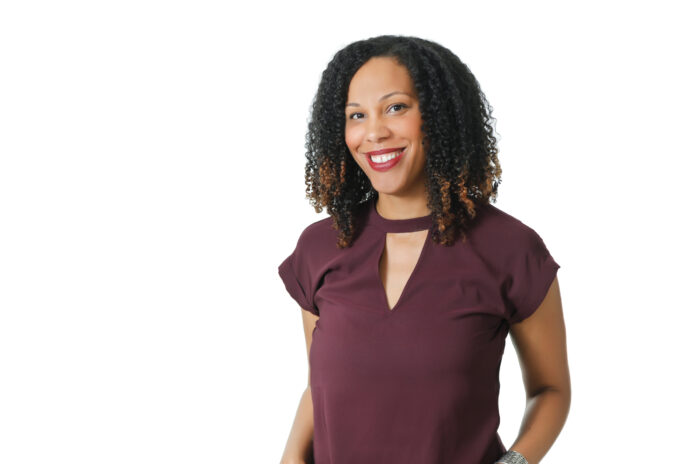 A researcher, author and mother explains the educational path that led her to publish children’s books about science

In the labyrinth of overcrowded lab offices that is the fourth floor of Tupper Hall, there is one more lab squeezed in: the Griffith Lab. Dr. Theanne Griffith is one of the newest faculty members in the Department of Physiology and Membrane Biology at the UC Davis School of Medicine. Her new lab is devoted to determining the molecular and cellular mechanisms of the transmission of thermal sensation in the body.

Griffith’s interest in science, like so many other scientists, began in high school when she was taking AP Biology.

“I was first introduced to the world of neuroscience as a junior in high school. It was, believe it or not, the sodium-potassium pump and action potentials that did it for me,” Griffith said.

Her introduction to neuroscience led her to earn a double major in neuroscience and Spanish at Smith College. Throughout her undergraduate degrees, Griffith was able to participate in research thanks to an underrepresented science student’s scholarship.

“It was a pretty new program at the time. I was able to then train in work-study hours in the library or something like that with actual time in the lab. So I got paid work-study/financial aid in order to do this work [in the lab],” Griffith said.

After earning her Ph.D. in neuroscience from Northwestern University, Griffith moved to Columbia University to be a postdoctoral researcher. While working full time as a researcher, Griffith decided to pursue another childhood ambition: to become an author.

“I’ve always really loved storytelling. I’m an only child and I tell stories in my head—I’ve always been a storyteller,” Griffith said.

Griffith recalled being asked by a high school teacher what she dreamed of doing, to which she responded, “I want to write a book that will be in Oprah’s book club!”

While on maternity leave with her first child, Griffith decided to write her first book. Griffith’s passion for science inspired her to write children’s books encouraging children to go into science. To date, there are now three books in her “Magnificent Makers” series with two more books set to come out in the next year. The books are designed to encourage children’s scientific curiosity and inspire them to work toward becoming scientists. Importantly, Griffith chose to feature children of color as characters in the books, as she felt that it was important for children of all backgrounds to see that they could achieve their scientific dreams.

“When I was a kid, most of the books that featured Black voices were about racism or slavery or pain or something like that, which are important but not the full story. We are more than that,” Griffith said. “People see the importance of these books to the community, to future little scientists, that we can create a more inclusive diverse representation of what a scientist can be.”

As Griffith transitioned to her new position as an assistant professor at UC Davis, it was important to her to be able to continue writing these books and supporting the scientific community. UC Davis, having recently been ranked a leader in diversity, continues to support Griffith and her efforts to create a diverse and inclusive image of science.

In fact, the diversity and inclusion of the Davis community is a key reason that Griffith ultimately chose to move her family to Davis and start her lab at UC Davis.

“I’m not the only Black PI [principal investigator] in my department!” Griffith exclaimed.

This is something that Griffith hadn’t experienced before at the previous universities she had worked at.

“You just feel that the message isn’t just lip service,” Griffith said. “UC Davis is trying to be a leader on many fronts, with one of those being diversity, equity and inclusion.”

Although the Griffith Lab is just getting started, they are already producing promising data in temperature sensing pathways, though the data is not currently ready to be shared.

“My favorite aspect of working with Dr. Griffith is our similar enthusiasm for science makes our lab a fun place to conduct research,” said Cyrrus Espino, a Ph.D. student in the Griffith Lab.

Griffith continues to foster that supportive environment in her lab, as her junior specialist Cheyanne Lewis explained.

“The thing about starting a new lab is that we are all learning together. When one person learns a new technique or has experience using specific equipment or software, we are able to teach each other and help,” Lewis said. “I love how passionate she is. Even on days when experiments don’t work or if I’m just having an off day, her energy always lights up the room. She encourages us to do our best, and she gives great advice and guidance. Honestly, it’s nice to see someone who looks like me doing amazing science. She is also the jack of all trades: a neuroscientist, an author, a mentor, a mother and most recently, a plant mom. How she manages everything on her plate, I have no idea, but I admire her a lot for it.”

Even after achieving so much, Griffith still looks to others for inspiration. She follows the motto of “put in work and be good at it.” Whether that is applied to her research, being a professor, writing her books or being a mother, Griffith is going to be putting in good work.
Written by: Justin Weiner – science@theaggie.org

Modified CDC mask guidelines not yet implemented in Yolo County