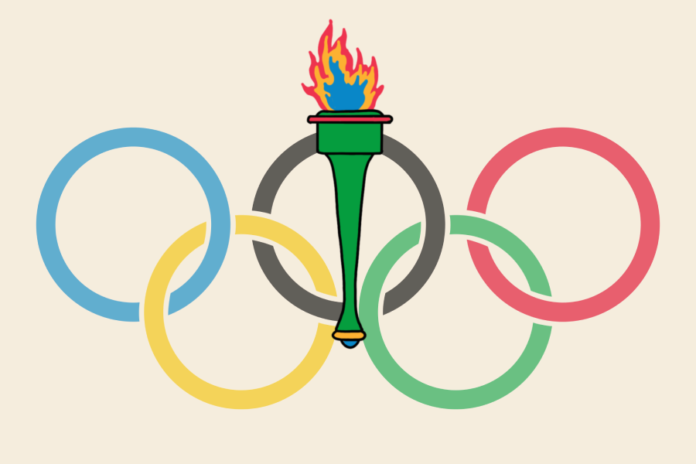 Pushing through challenges the pandemic has thrown at it, the Tokyo Olympics will finally be held this July, but with a catch

After many hiccups due to COVID-19 clouding whether the Tokyo Olympics would be held in 2021 after last year’s postponement, the Japanese government, along with the International Olympic Committee (IOC), has officially announced that it will continue as planned—but with the absence of overseas tourists.

The Japanese government announced this restricted access in response to the Japanese public voicing their concerns regarding COVID-19 and its variants possibly entering the country if the Tokyo Olympics are held with foreign spectators. With Japan having occasional difficulties containing the virus and its strains and outbreaks in January and March, Japanese officials have deemed this as the safest decision. This decision was discussed by a committee of the five organizing bodies and was confirmed on March 20, 2021.

More than 600,000 people outside of Japan have purchased tickets and have been notified to start their refund processes with their ticket sellers. While vaccines have brought more hope and prevention against the pandemic, Japan has reported to have slow vaccination processes, with around 1% of the population vaccinated as of April 26, 2021.

Seiko Hashimoto, the president of the Tokyo Olympic committee, expressed her views on the decision and made it clear that Japan was prepared for it.

“Unless we are prepared to accept them and the medical situation in Japan is perfect, it will cause a great deal of trouble also to visitors from overseas,” she said.

As for athletes and other staff, according to Japan’s Kyodo news, they would be required to be tested within four days of leaving their country and upon arrival as well. On top of this, athletes would also be expected to comply with a 14 day quarantine requirement and be required to stay within the Olympic Village on Tokyo Bay during those times.

Yet, despite the decision of barring overseas tourists from attending the Tokyo Olympics, Japan’s recent polls show more than 70% of survey participants are still opposed to holding the games in Japan this year.

“We should not turn Tokyo into a coronavirus hotspot,” said Dr. Naoto Yueyama, the head of a labor union representing more than 100 doctors. “The Tokyo Olympics should not be held now.”

Organizers are still deciding whether to have any spectators at all. Considering that postponing the Olympics for one year has already skyrocketed the costs and the fact that tickets are being refunded to those overseas, such a decision may impact the committee and make the overall loss even greater.

The torch relay of the 2021 Tokyo Olympics began on March 25 from Fukushima, but has faced several changes in routes during April. It will, however, continue as scheduled and end on July 23 for the Tokyo Olympics opening ceremony at the National Stadium. Since the majority of spectators won’t be able to attend, fans can join the torch relay virtually through a relay livestream on the official Tokyo Olympics website as well.

According to the Tokyo Olympic organizers, as of May 12 more than 700 athletes and 6,000 staff members have participated in four test events to see if protocol and COVID-19 countermeasures were effective. The four test events included the International Volleyball Games—Tokyo Challenge 2021, the FINA Diving World Cup 2021, the Hokkaido Sapporo Marathon Festival 2021 and Ready Steady Tokyo—Athletics. There were extensive daily testing and a strict protocol, and officials reported that not one positive case emerged during these test events. One positive result, a coach of an overseas team, was immediately identified upon their arrival and moved to a quarantine facility. Japanese officials are confident with these results and are looking forward to mirroring these efforts in holding the Tokyo Olympics successfully.

The Tokyo Olympics are scheduled to take place between July 23 and August 8, and the Paralympics from August 24 to September 5. With no fans present, strict social distancing and rigorous daily testing, the 2021 Tokyo Olympics will be one of the most difficult experiences for the athletes. Even though multiple countries including Canada, Australia and North Korea announced that they won’t be sending athletes to the 2021 Olympics, Tokyo and the IOC remain adamant that the games will proceed. The only question left is, will the introduction of vaccines marking the end of the pandemic give a feeling of normalcy to the Games, or will the event prove detrimental to the global situation? That remains to be seen, but what is known now is that this summer’s games will be a much different experience than we are accustomed to.
Written by: Justin Yu-Hsun Chu — sports@theaggie.org