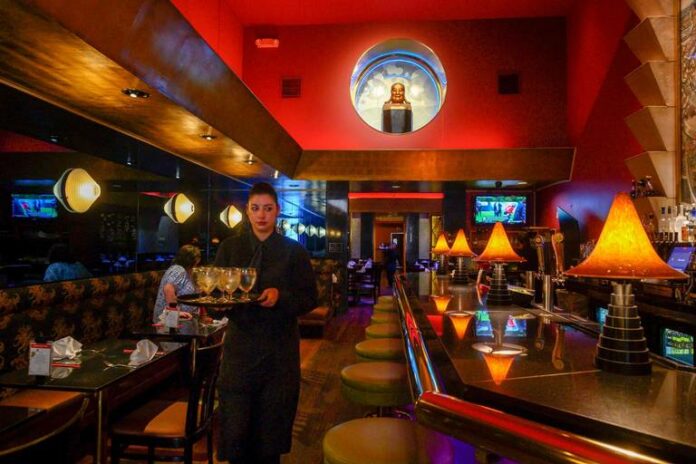 Asian American food and culture are fixtures until they are othered

America loves Asian food and culture until they don’t—and efforts to save local Chinatowns and support Asian American businesses during Asian American and Pacific Islander (AAPI) Heritage Month reproduce a relationship between Asia and America that is based on consumption and commodity, but without care or cultural awareness.

American, per its designation as a perpetual foreigner. During the pandemic, Asian-owned businesses were first devastated by the pandemic itself and then othered by their own country.

In Sacramento, a dead cat was left outside a Chinese American-owned business. After three years of building, restaurant owners Noppadol Mangmeesub and Kanokwan Mangmeesub in Ohio closed their business due to the economic effect of the pandemic and concerns about anti-Asian sentiment. Daily threats and the vandalization of Mike Nguyen’s San Antonio restaurant has taken a mental toll on him, and he says he has become so paranoid that he keeps a 10-foot distance from others.

These three anecdotes are the realities of Asian American businesses all over America—business owners who fear for their life, who had to give up their American dream with the knowledge that in times of a pandemic, their identity can so easily be reduced to a scrawled “Go back 2 China” and an association with a virus with which they had nothing to do.

There is a fundamental disconnect with the way America enjoys consuming Asian food without care for the people who make it. Support for Asian American businesses should not be conditional—if Asian American businesses are only worthy of support at a time when our identities are negotiated to be satiable, then this support is superfluous. One-off financial support does not stop the forced renegotiation of Asian American identity from America or erase the way Asian Americans have been continually othered throughout history and now scapegoated during the pandemic. Dollars are a checklist in activism that will not save us from another reckoning of our identities.

Support must extend beyond consumption and become attentive to the needs of Asian American businesses. What needs to be addressed is how Asian American hate has been allowed to run so rampantly—and why it is so easy to renegotiate Asian American identity to align with a virus we have no fault in. Why have Asian Americans been placed under siege in our own country?