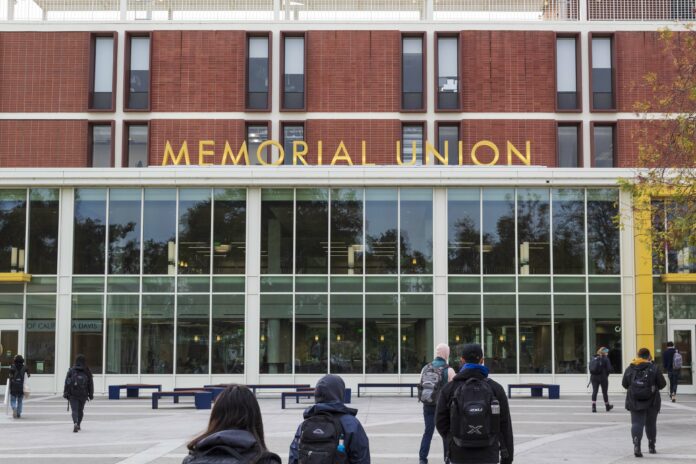 On this week’s Thursday Thoughts, the following question was submitted: “I miss my overbearing mother being involved in every aspect of my life since coming to college. Is there any way to fix this?”

Chancellor Gary May looked to his wife, LeShelle, and smiled. “Yes, there is. Because as of fall quarter 2021, UC Davis will be replacing ASUCD with volunteer-based PTA meetings!”

Not to fear, anonymous_asker123, your mother will now be in charge of the meat options at the dining commons. Rumor has it she’s thinking of replacing the pork with steamed tempeh.

The university decided to implement a Parent Teacher Association (PTA) as the predominant form of administration, after realizing that ASUCD was “too efficient and too organized.” According to the Chancellor, the university wanted more arguing, nonsense and apathy from their decision makers.

The association will not only consist of parents of UC Davis students, but also of recruited parents from across the country. While scrolling through Facebook, the Vice Chancellor saw a post about a woman suing her son’s school for making him dissect cat eyes when he was obviously more of a dog person. The university immediately flew this woman, Debra Williams, out to be a member of the association. Personalities like Debra’s are what make a perfect PTA.

With the first PTA meeting held last week, UC Davis students and staff have been incredibly pleased by the actions and goals of the association. In the meeting, the group decided that biking was an unsafe mode of transportation. As a replacement, they suggested students use “Fisher-Price toy cars,” similar to the ones they used on their preschool playground to travel between classes.

Also in the meeting, the group discussed their concerns that the dining commons wasn’t cutting the crusts off of their sandwiches. This could significantly upset some students and consequently affect their ability to focus in class. The association, however, said they’d table that discussion for the next week’s meeting.

To see how much the students love the new switch of governing bodies, we reached out to previous ASUCD members. Unfortunately though, a majority of them declined to speak with us and even more reported a transfer from UC Davis to UC Riverside.

Not to fret though, we contacted Debra who was more than willing to talk to us. “Oh, wow, hello! My name’s Debra. I would allow you to call me Debbie, but that’s what my ex-husband called me. It’s a touchy subject. Anywho, I’d like to say that, with my parenting skills and degree from the University of Phoenix, I’m going to make UC Davis better than it’s ever been!”