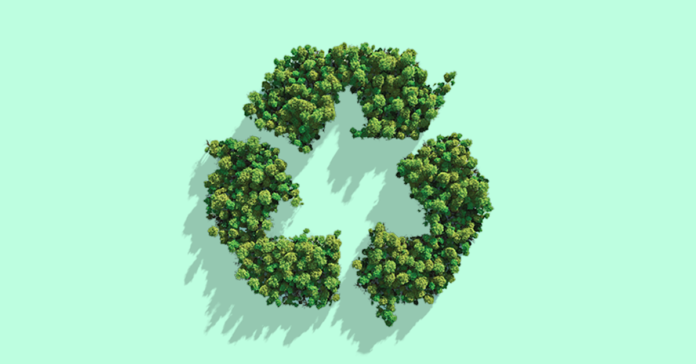 Many of you might’ve seen recent misleading statements on Instagram about how watching 30 minutes of Netflix has the carbon footprint of driving roughly four miles. I doubt that any of you read that and went “damn goodbye Daredevil,” and canceled your subscription, but I do think this is part of a harmful narrative that has been pushed by environmental “activists” in recent years. I’ve got a bone to pick with consumer-driven sustainability.

You can live as sustainable a lifestyle as you want. Choosing to not use plastic straws, riding your bike to work and supporting eco-friendly brands are all great ways to reduce your carbon footprint and I applaud you. But despite all your well-intentioned efforts, 90 companies are responsible for two-thirds of greenhouse gas emissions. Because of these companies, even the most remote places on Earth have found microplastics in the stomachs of wildlife and industrial chemicals in the deepest parts of the ocean.

These companies are also notorious for greenwashing, which is the practice of marketing themselves as environmentally friendly or sustainable. Take BP Oil for example, the same company that spilled more 200 million gallons of oil into the Gulf a decade ago in one of the biggest spills in history. A few years ago, they tried to release a carbon footprint calculator to encourage people to find out their impact on climate change and pledge ways to combat it. Chevron has also recently come under fire for similarly trying to portray themselves as having a pristine environmental record. In fact, the company’s “ever-cleaner energy” promises are the subject of a greenwashing lawsuit brought by several environmental organizations against Chevron for misleading the public.

Companies attempting to shift the blame of climate change onto consumers is one of the most absurd things I’ve ever heard and I’m tired of it. As much as I like to bag on Chevron, it’s not even just fossil fuel companies. Car companies have lobbied against clean air legislation for years, and agriculture has consistently fought stricter clean water laws. To say that it’s my fault for not owning a Hydroflask is ridiculous.

Consumer driven sustainability is also actually pretty classist. It portrays people who might not be able to afford sustainable clothing brands, healthier vegan food, as somehow below you. Despite this, in a lot of ways low-income communities are more sustainable as they are more likely to use public transportation or buy used items and clothing. This idea of sustainability promotes the concept of sustainability as something that is inaccessible and popularized by the white upper class.

Even buying electric cars isn’t necessarily the answer. Many electric vehicles have batteries which are made of rare metals like lithium. These batteries are made from metals which are harvested in a highly extractive and polluting way, and are difficult to recycle. In Europe, a country that is known for being generally better in every aspect of their environmental legislation, only recycled 5% of their lithium batteries in 2011. So where do these batteries go? Landfills. In the future, disposal of these batteries may be less of  an issue; as technology improves, so will the efficiency and recycling of electric vehicle batteries.

After reading all this, I’m not trying to get you to completely give up at living a sustainable lifestyle. Your decisions are still immensely important. Encouraging people from a young age to recycle and make individual sustainable choices promotes cleaner environments and more environmentally conscious generations. My only real point here is that we need to shift the way we think about sustainability as a culture.

It shouldn’t be something considered as an individual decision that can be bought and sold in stores, but a real lifestyle. This lifestyle can still be made up of simple actions like biking to work, but a significant portion of it should be dedicated to holding those in power responsible. Companies more powerful than our government are polluting our environment, poisoning our children and then telling us that we’re to blame. If that doesn’t piss you off, I don’t know what would. Imperfect sustainability is okay, as long as you keep that in mind when you go to the ballot box.