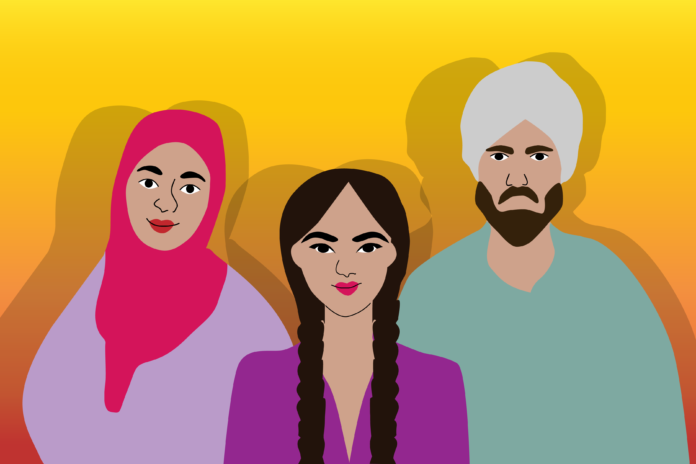 With some opposition toward the heritage month, students and a faculty member discuss their perspective on creating tangible change for the community and acts of performatism

April was Arab American Heritage Month, yet this recognition sparked controversy among content creators who stated that the existence of the month is performative. The month’s history goes as far back as 1990, but has only recently gained more widespread popularity with recognition from the U.S. Department of State this year, the first branch of the federal government to do so.

Shayma Hassouna, a professor of Arabic and Middle East/South Asian studies at UC Davis, and Rassa Ebrahim, a third-year law student at UC Davis and a member of the Middle Eastern North African South Asian Law Student Association (MENASA-LSA), both mentioned that they were unaware of the existence of the history month. Ebrahim criticized its establishment, as he believed that creating the month was performative and inadequate at solving racial issues.

“I didn’t even know it existed,” Ebrahim said. “Is every month a history month for a different minority now? I don’t see these history months as being particularly effective at changing the way social structures work in this society.”

Christy Rahal, a second-year political science major and the director of recruitment for the Empowered Arab Sisterhood, stated that she was briefly aware of the heritage month’s existence after seeing a few posts about it on social media. The posts, however, were minimal and Rahal said that they did not have a real impact.

“I feel like that month really hasn’t done anything because no one really knows about it,” Rahal said. “I just saw the post, and my life went back to normal.”

Both Rahal and Ebrahim said that the purpose of the heritage month seemed superficial and failed to bring tangible change.

“I think it was a performance tactic to make the government look less racist, to be completely honest,” Rahal said. “They do it with every ethnicity or group that they discriminate against. They’re always like, ‘Oh, we’ll have a month or a parade.’ In the background […] they’re not actually fighting for us.”

Coming from a Lebanese-Palestinian and Chinese background, Rahal commented on the frustration she experiences when she has to idenitfy as white on government documents because many do not offer an option she feels comfortable identifying with. In fact, many Arabs and Middle Easterners similarly feel a loss of identity when being categorized in a group that does not represent them.

Though Ebrahim does not believe that the month influenced change this year, he said that in the future, it could be a push for education about the Arab American community.

“Perhaps the onset of the history month could help generate elementary school curriculums that substantially expose children from a young age to different cultures,” Ebrahim said.

Hassouna and Rahal said that change would be most plausible with events that showcased the Arab community in a relatable perspective. Hassouna noted that food is one of the best ways to bring people together and said that a greater way to gain unity would be through cultural events that showcased Arab dances like dabke, movie showings and street vendors.

Beyond creating change with the larger community, Hassouna also stated that it’s important to promote unification within the Arab community. She mentioned the necessity of embracing change between the different countries.

“We need to accept difference,” Hassouna said. “Iraqis do things different from Egyptians but […] it’s not wrong. There is no such thing as wrong in a culture.”

Despite Rahal and Ebrahim considering the month to be performative, Hassouna believes that the establishment of Arab American Heritage Month may help overcome discrimination and negative stigmas.

“Any step is a step forward,” Hassouna said. “Ending the discrimination, that is so huge, but I believe that it ends with people actually meeting us and working with us and realizing that we’re all the same.”