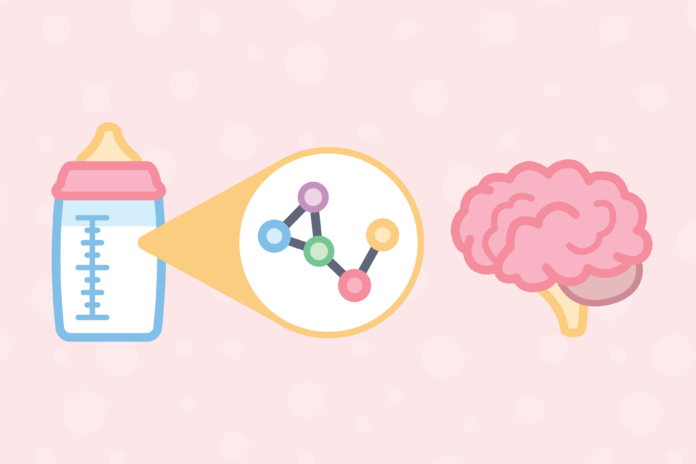 Lactoferrin, a sialic acid glycoprotein, can promote neurodevelopment or neuroprotection in a concentration-dependent manner

The first two years of a newborn baby’s life are critical: Any changes the rapidly-developing brain experiences in response to environmental factors and any nutrients absorbed become irreversible later on in life. Human milk, the primary source of nutrients for a baby, has a plethora of nutrients that contribute to a baby’s physical development and neurodevelopment.

Dr. Frederick Troy, a professor and chairman emeritus at the Department of Biochemistry and Molecular Medicine at UC Davis School of Medicine and co-senior author on the study, defined lactoferrin and its effects.

“Lactoferrin is a very highly sialylated milk glycoprotein that promotes early neurodevelopment and cognition,” Troy said. “It’s one of many sialylated glycoproteins, and of those that contain sialic acid, we’re really interested in these proteins like lactoferrin, sialyllactose, and what’s known as a macro glycopeptide. If you fed this sialylated macroglycopeptide to neonatal piglets, you can take dumb piglets and turn them into smart piglets.”

Sialic acids include a family of nine-carbon acidic monosaccharides commonly attached at the ends of sugars in proteins. The highest concentration of sialic acid in the human body is found in the brain, where these acids play a critical role in shaping neural networks and neural transmission. Troy has been studying sialylated proteins for many years, in hopes of providing insight into their biochemical functions and how they ought to be incorporated into the diets of infants.

“Multiple studies have shown Lf has important biological functions,” according to a recent press release by UC Davis Health. “For example, lactoferrin can modulate immune responses, regulate the body’s iron absorption, and function as an antioxidant and anti-inflammatory. In humans, lactoferrin can reduce fungal infections and late-onset sepsis and lower psychological distress.”

Troy’s team studied 51 neonatal piglets from the age of three days to 38 days, which is equivalent to 10-months old for an infant. The researchers assessed their learning and memory in an eight-arm radial maze test, composed of an easy and a difficult test, in response to different levels of lactoferrin. The concentrations chosen for the high and low levels of lactoferrin matched the levels in mature human milk and 6-month human milk, respectively.

Based on the results, the study further explained how different concentrations of lactoferrin should be used accordingly.

“… [F]indings suggest that activation of the molecular signaling pathways, function and gene networks in the CNS [Central Nervous System] are different between neonatal piglets on the low- and high-concentrations diet of Lf,” according to the study published in the journal Molecular Nutrition and Food Research. “Our findings imply that the potential clinical applications of bovine milk Lf [like] infant formula should be the low concentration of Lf to support neurodevelopment, while the high concentration of Lf should be used to support neuroprotection.”

Proteins that contain sialic acid like lactoferrin can activate different signaling pathways that result in different outcomes downstream in the nervous system, such as activation of other molecules like polysialylation proteins and brain-derived neurotrophic factors (BDNF) linked with neurodevelopment and neural survival. With lactoferrin’s special case of different effects depending on its concentration, Troy described what people should take away from the study.

“It’s good to have as much [lactoferrin] as you can get naturally early on in neonatal stages, and let the brain decide on what to do with it,” Troy said. “Many people know of Alzheimer’s disease as the second most prevalent of the neurocognitive defects. Nobody knows if ingesting lactoferrin or other polysialic acid later on in life will reduce these defects. There is so much potential for this to become transformative research with controlled clinical studies.”