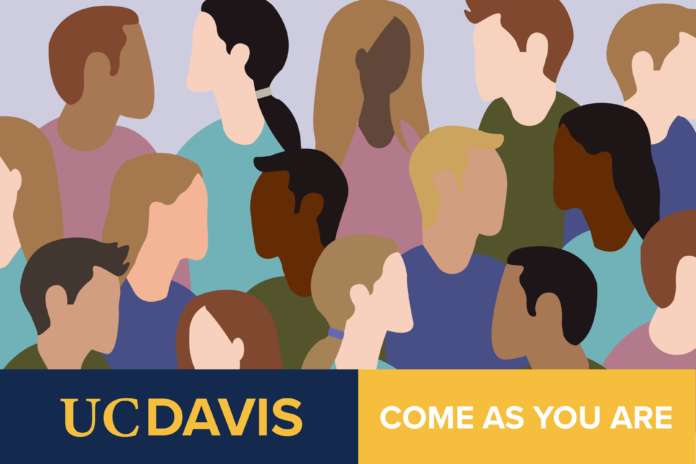 Renetta Tull, the vice chancellor of diversity, equity and inclusion, said the rankings are a “motivator” for future work

Forbes recently ranked UC Davis as #35 on their annual list of America’s Best Employers for Diversity.

“UC Davis is honored to be formally recognized as a top employer for diversity,” wrote Chancellor Gary May in an email to The California Aggie.

“This ranking shows that we are on our way to fulfilling one of the key goals of our ‘To Boldly Go’ strategic plan: to be a national role model in higher education for diversity, equity and inclusion,” he said.

Dana Topousis, the chief marketing and communications officer at UC Davis, also reflected on the importance of these rankings.

“This rating reflects the clear commitment that UC Davis leaders, faculty and staff have made over the years to prioritize our efforts in these areas,” Toupousis said. “It’s a testament to how we continue to strive for excellence in all we do.”

In order to establish the diversity rankings, Forbes partnered with the research company Statista to “survey 50,000 Americans working for businesses with at least 1,100 employees and pinpoint the companies they identified as being most dedicated to diversity, equity and inclusion.”

The final list, which included UC Davis, ranked the 500 best employers that not only received the greatest number of recommendations but also those that had the most diversity in their board and executive positions and the most “proactive diversity and inclusion initiatives.”

According to UC Davis News, the QS-USA rankings are based on 17 metrics in four “broad” categories. These include “diversity and internationalization, the employability of graduates, the learning environment and the impact of research.”

The diversity and internationalization category makes up 25% of a university’s total QS score and is based on both inclusiveness and how well the institution upholds United Nations (UN) Sustainable Development Goals, which include reducing hunger and gender inequality worldwide.

On top of UN goals, the category takes into account faculty gender diversity and gender equality in pay at the university, which each make up 2.5% of the total diversity ranking.

Additionally, the ethnic diversity of the student body, the ratio of undergraduates who receive Pell Grants, the proportion of international students and the number of Fulbright recipients each account for 5% of the diversity ranking.

In total, 38 of California’s universities were featured in the rankings, making it the second most heavily represented state in the QS-USA annual report, with New York being the first.

“We know that UC Davis is not a utopia, and being first doesn’t mean that our work is finished,” said Renetta Tull, the vice chancellor of diversity, equity and inclusion, via email. “We still have a lot of work to do, and our own standard for excellence at Davis is extremely high––it has to be––we are serving people, and they deserve our absolute best. Receiving the recognition is a motivator.”
By: Rebecca Bihn-Wallace – campus@theaggie.org