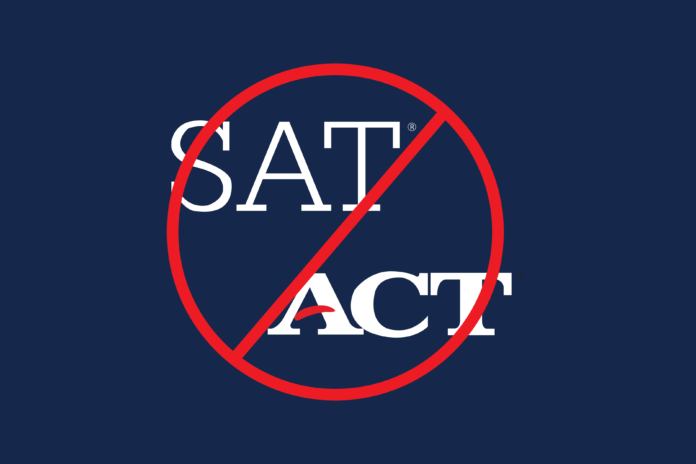 The University of California will no longer consider SAT and ACT scores in admission or scholarship decisions, as a result of a settlement reached in a lawsuit filed by students against the university.

According to a May 14 press release, the settlement will extend the UC’s “test-blind” policy through 2025 and prohibits the UC from implementing its previously proposed “test-optional” admissions policy.

The settled 2019 lawsuit, filed by a coalition of students, advocacy groups and the Compton Unified School District, argued that the SAT and ACT are biased against students who are low-income, disabled, Black and Hispanic.

The UC Board of Regents unanimously voted in May 2020 to suspend use of the SAT and ACT until 2024. Under then-President Janet Napolitano’s proposed recommendations, submission of SAT and ACT scores would have been optional until 2022. The university would then adopt the “test-blind” model until 2024 while the university developed a new UC-wide standardized test to be implemented in 2025.

Napolitano’s previous recommendations to phase out standardized testing opposed the sentiment of the UC Academic Senate’s leadership assembly who voted unanimously to continue the use of SAT and ACT scores. The assembly’s decision was informed by a report conducted by UC Standardized Testing Task Force (STTF) which found that ACT and SAT scores are predictive of academic success at the UC, more so than other measures.

Some opponents criticized the data and conclusions of the STTF report questioning their validity, according to The LA Times.

UC Davis philosophy professor Dr. Robert May served as the chair of the UC Academic Senate in 2018-2019, charging the STTF in 2019. May said while he supports abolishing discriminatory practices in the admissions process, the elimination of the SAT and ACT isn’t an end-all solution to the lack of equity in college admissions.

“The real issue here is how we go about choosing from more applicants than we can take. We have to look at all of the criteria that we use for selection,” May said. “In and of itself, the SAT is neither a good thing or a bad thing; it has been singled out, largely for political reasons, as one which is a bellwether for things that are wrong with the process.”

Other faculty members agreed political grandstanding has diverted attention away from empirical evidence on the validity of standardized tests.

“Using or not using standardized tests sends a certain signal and confers a certain message to the world about UC Davis, and I suppose the people at UC Davis have to keep that in mind,” said Dr. Christopher Hopwood, a UC Davis psychology professor. “Whatever the truth is about the validity of standardized testing, the university sends a message by either using the SAT/ACT or not using them.”

May said the “testing industrial complex”  is clearly biased against low-income and disadvantaged students.

“To the degree that access becomes a barrier to certain groups, that is that it costs money or that prep is not available for certain groups, then that can introduce a bias that occurs before the testing begins,” Hopwood said.

UC Davis faculty advocated for a re-examination of the admissions process—looking beyond standardized testing to gain a more holistic view of how students are evaluated for admissions.

The UC system received a record number of applicants for fall 2021. Among this surge, there was a 21% increase in Chicano/Latino applicants and a 12% increase in African American students, according to the UC Office of the President.

May said that inequities apparent in the admissions process transcend the SAT and ACT—and rather than scapegoating validated standardized tests, advocates should be more concerned with funding for education in the lower grades.

“Until we address the real inequities, we are not going to really deal with this problem,” May said. “Yes or no on the SAT isn’t going to change, that because that’s not the problem.”