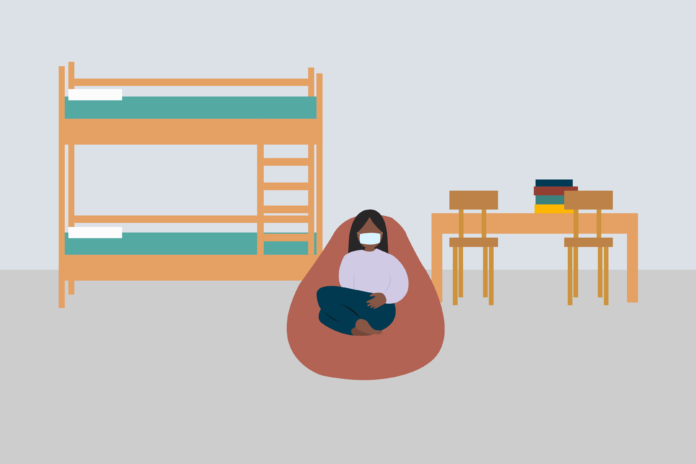 Three freshmen share highlights, expectations and advice from their first year at Davis

The 2020-2021 school year has been full of “unprecedented times,” and for first-year student Kate Boyce, phrases frequently used early in the pandemic such as the “new normal” no longer apply, as restrictions due to COVID-19 are no longer new and certainly not normal. It is, however, almost the end of this abnormal year, and UC Davis freshmen are reflecting on their first year of college—some from home, some from campus and some from other locations around the world.

Below is a transcript of the interviewees’ responses to selected questions that has been edited for length and clarity.

How has your first year of college been different from what you thought it would look like a year ago?

Kate Boyce: Of course, it’s a lot different than I thought it was going to be. I think I just really wanted to go to college. Probably looking back a year ago, I thought that my fall quarter would be normal, and I kept saying to myself, “It’s going to be fine. The pandemic will be over by then. It can’t go on that long,” and then I slowly realized that things were going to be online. I did recruitment for sororities at home. Everything that I was planning on doing, I did at home.

When I got here in winter quarter, I was able to meet my big, and I was able to see people pretty minimally, but oftentimes, I just kind of spent time doing work and online activities for my sorority and extracurriculars and [my] research. It wasn’t the greatest, but now that it’s spring quarter, […] I’m able to see more people because I’m vaccinated, so now it’s kind of feeling more normal or like what I would expect. It’s kind of overwhelming, but I’m just going to have to get used to that.

Katie Moreno: I thought this year was going to be this big transition to Davis and living in the dorms, but it was really nice to have an extra year at home because I feel like I wasn’t completely ready to move out. I’ve just enjoyed this year kind of being a little slower and just spending a few extra moments with my family.

Carlyn Marsh: I’m living in the dorms, in Currant Hall, and I moved in fall quarter. I think I expected things to open up a little bit earlier than they did. I was kind of going along with two sets of expectations: one where everything would be pretty much shut down the entire year and another where things opened up midwinter, so I got a little mixture of both because things definitely didn’t open midwinter, but things are opening up during spring, which is great.

What have been the highlights of the school year for you?

Kate Boyce: My mom was pushing me to join a sorority, and I kept telling her “no,” but I’m happy that she forced me to because I feel like I wouldn’t have met people and wouldn’t have felt comfortable moving to campus in January. I think that was probably the highlight because I was able to meet a lot of my friends that I have now. I was also able to take on an undergraduate research position winter quarter. I’m just really excited that I’m able to do something in an area that I’m interested in. It helped me understand that college is more than classes.

Carlyn Marsh: It’s been really nice meeting people, because everybody comes from such different backgrounds. Because you don’t have a roommate [that] you’re super close to […] and because Greek life is not in person and you don’t have in-person classes, the people you’re meeting don’t come together with any type of common values or interest. The people you’re friends with are literally just people you meet, and you’re like, “They’re fun, they’re interesting.” A lot of people I’m friends with, I have nothing in common with. You just like them for who they are, because you didn’t have access to all the ways of meeting people that are usually based on having similarities.

What have been the hardest parts of your year?

Kate Boyce: Seeing people hang out and post on Instagram, even though I knew that when I wasn’t vaccinated, I was not supposed to be doing that […] was kind of hard because I wanted to go out and meet more people, but I just knew that it wasn’t the right time. Also adjusting to having to find coping mechanisms for myself when I’m lonely or I have anxiety about things like work or friends or my family without my mom or any of my friends was hard.

Katie Moreno: It’s just been hard because it feels like you’re doing a lot of stuff on your own. It’s kind of a two-sided thing where it’s always hard being so isolated, but it got easier and I feel like it’s been a really good year for growth. Also, […] everyone in my family got [COVID-19] in December, so that was a weird period because I was in class and then I kind of had to take care of everyone else because they were pretty sick.

How have you been able to connect with classmates while living at home?

Katie Moreno: For a lot of my classes I go to office hours, and there’s usually students that go to office hours consistently every week and we all ask questions and I reach out to those students, and those are the students that I study with for class. I also have an internship for PLS 21, which is a computer and technology course, and I’ve met some cool people through that internship. I’ve also been talking to people in my pledge class for my sorority, and that has been really nice, because I’m actually going to be roommates with two of them next year.

What are the biggest ways in which COVID-19 has impacted your first year experience?

Carlyn Marsh: I think of two things. The relationships you build during this really weird time are ones that I think have a very strong value because anytime you go out with your friends on the weekends, there are so few people there that the people you’re meeting and spending time with are people that you’ve spent a considerable amount of time knowing and interacting with. I feel like you have better connections with more people.

With that, moving into next year, people are going to be able to know what it’s like to have nothing open and so when things are open, they’re going to really take advantage of it. For first-years, we really only have three years left and essentially 25% of our college experience was deficient, so it’s going to be about making the other 75% feel like 100%.

What advice do you have for next year’s first-year students?

Kate Boyce: Take any chance you can to meet people, because this year has been really hard to do that. Half of my class isn’t even on campus so there’s so many more people that I haven’t met yet, and I feel like since everything’s going to be normal-ish next year, and there are going to be a lot more people in Davis, take every opportunity you can to make friends, because that is what college is about.

Katie Moreno: My advice for freshmen next year would just be to literally start over every day like it’s a new day and just enjoy it. School can be really stressful but COVID-19 showed that you have to take things day by day.

Carlyn Marsh: Don’t listen to what other people tell you about how things “used to be.” I feel like a lot of times, some of the older students try to tell you what their first year was like and you’re trying to morph it into what your year has been like, but you can’t do that because circumstances are different and times change. If you’re listening to people and trying to model your first year off of what theirs was like, you have to realize that was three years ago, so just live your own year and ignore the “helpful” advice people are trying to give you.