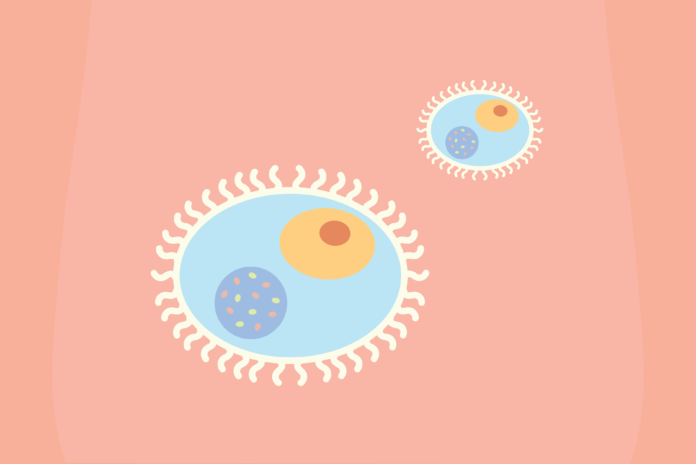 Research at the Center for Immunology and Infectious Disease at UC Davis found that tissue-resident immune cells are not necessary for secondary protection in the female reproductive tract, suggesting that a vaccine can potentially be made against the female reproductive disease chlamydia. The protection is provided through circulating immune memory, which contributes to the potential for a vaccine.

A total of 1,808,703 cases of C. trachomatis infections were reported in 2019, making it the most common notifiable condition in the United States that year, according to the Centers for Disease Control and Protection (CDC). The highest rates of chlamydia were reported among adolescents and young adults, with two-thirds of all reported cases being among individuals between the ages of 15-24 in 2019, according to the CDC.

McSorley has been working on chlamydia for a long time and directed the study as a principal investigator. His role was to talk to the students in his lab about their ideas and give them advice and mentorship along the way while they perform the experimental work. They also discuss the impacts of their findings and publish them together, according to McSorley.

McSorley’s lab has been working with T cells for the past few years, which controls all the other parts of the immune system such as antibodies and defenses against pathogens. CD4 T cells, a population of T cells, are crucial to preventing chlamydia infections. It is known through the study that mice without CD4 T cells are able to resolve chlamydia infections, but humans need the presence of CD4 T cells that recognize chlamydia to resolve the bacterial infection, according to McSorley.

“The idea for a vaccine would be to make an army of CD4 T cells that would be able to combat infection, and then you would not get chlamydia,” McSorely said.

The specific issue the lab has been dealing with is related to memory. Memory is important for the immune system so that if an individual gets sick again, their immune system is prepared to fight it off. A vaccination is like an artificial way to try to develop memory in the immune system, according to McSorley.

A new population of memory cells called tissue resident memory cells was discovered a few years ago. These are cells that scientists think go into your tissues and stay there to protect you against the second infection after you resolve one infection or you have a vaccination. An example of these tissues can exist in the female reproductive tract, according to McSorley.

Researchers initially thought that the immune system circulates around the body all the time instead of taking residence in the tissues. However, McSorley’s lab determined that it was necessary for the T cells to be resident in the female reproductive tract for the vaccine to work, but getting them to stay is difficult  since it is not well understood how the T cells become resident.

The study shed some new light on the previous thought process of the lab. Jasmine Labuda is a graduate student in the Department of Anatomy, Physiology, and Cell biology at UC Davis and is a part of the McSorley Lab. Her role in the study consisted of leading the study, designing and performing the experiments, analyzing the data, writing the manuscript and creating the figures of the paper.

“The main question of the study was to understand whether lymphocytes that are resident in the issue or that circulate through blood or lymph [systems] are required for protection against chlamydia infection,” Labuda said. “The main way we answered this question was using a technique called parabiosis.”

The experiment consisted of immunizing one mouse against the infection that would generate both the tissue resident lymphocytes and the circulating lymphocytes and surgically joining that mouse to another mouse that had not been infected. This allowed the circulatory cells to transfer from one mouse to the other. The mouse that had not been infected with chlamydia was challenged with the infection to see if the circulating cells were protective.

It was found that the circulating cells were indeed protective and that resident T cells were not needed to be immune to the bacterial infection.

“My overall takeaway from this work is not just related to chlamydia but overall vaccines that protect against sexually transmitted diseases in the female reproductive tract,” Labuda said. “Not all infections that affect a certain tissue are going to have the same vaccine, so it really varies pathogen to pathogen.”