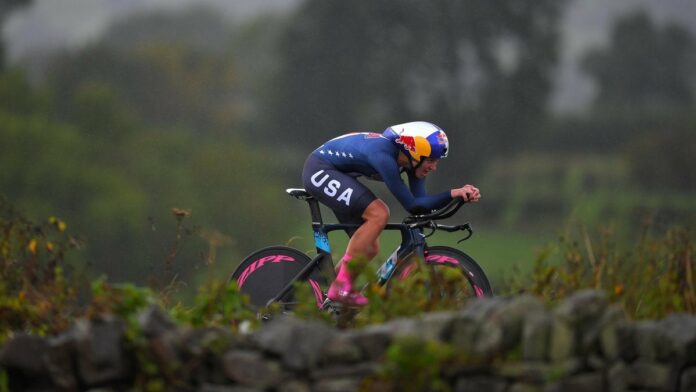 We need to move on from Lance Armstrong

Professional cycling is an incredible sport. There is something about watching  riders push themselves to their absolute limit that never gets old. As one of the most accessible and relatable sports in the Pantheon of athletics, you are missing out if you don’t give professional cycling another chance. Although it is not as popular as it should be in America, I recommend you get back on the wild ride that is cycling—trust me, you don’t want to miss it. With races and personalities of all types, there is something in the professional cycling peloton for everyone.

The sport has changed dramatically since Lance Armstrong and his U.S. Postal Service days almost 15 years ago. Most importantly, the steroid era of cycling is over. The days where riders had to take performance-enhancing drugs (PEDs) to even keep up with the pro peloton are long gone. Now cycling has extremely stringent rules on using these drugs and enough testing for them that they have largely disappeared from the minds of most cyclists and cycling fans. The days of the steroid era led by American “legend” Lance Armstrong are over for good and the users have gotten their titles struck from the record. All seven titles won by Lance Armstrong have been stripped—just like his reputation. What is commonly referred to as the “Dark Era” of cycling is over, making cycling a safe sport to come back to once again.

Gone are the days where riders are able to stay competitive into their late 30s with the lone exception of Alejandro Valverde. Tadej Pogacar, the most recent winner of the Tour De France (TdF), is the second-youngest rider to ever pull out a TdF win behind Henri Cornet from 1904. Because of our constant leaps forward in training, young riders are taking over the world and, starting last year, have become the biggest stars in the sport, ushering cycling into a Golden Age.

The technology used in cycling for training and racing is at an all-time high, and it is helping current riders break all the old records in cycling. Instead of PEDs, today all the new hype is about “aero.” Aerodynamics happens to be extremely important in a world all about traveling over 30 miles-per-hour outside with only your legs as power. So important that current riders undergo literal wind-tunnel tests to gauge how “aero” they are and correct their form to better face the wind. Just ten years ago, only the best riders in the sport could even afford tests like the ones every rider takes today.

The actual gear used by riders is also the best it’s ever been. I swear the bikes they use now are more expensive than my current car, and a new best form of brakes comes out every other year. In fact, bicycles have gotten so light that the governing body, Union Cycliste Internationale (UCI), instituted a minimum bike weight (6.8kg/15lbs) for safety reasons. People are coming up with new ways to be more aerodynamic every day with things like the “supertuck”, so much so that the UCI is starting to ban “aero” strategies due to safety reasons. Our current cyclists are going “too fast” even with best-in-class safety equipment.

If you don’t fit in with the tech nerds, you can hear the salt flow from current cycling “boomers” all the time. Cycling has reached its peak of older riders stating things like “I’m riding just as well as I’ve ever been, just now I’m losing,” or “I’ve been riding better than when I won five years ago, but now I’m not even on the podium.” Listen to the current pros or major cycling figures complain about how cycling was back in their primes in the same way MLB and NFL influencers talk about the “good old days.”

The peloton is the fastest it’s ever been and the media around it is better than ever. Spectators no longer have to slog through the first 80 miles of a race to get to the good part. If that’s not your forte, just watch the 5-minute highlights of the races with all the best moments and watch the interviews where the riders scream in celebration and cry happy tears at the finish line. I am personally partial to the around 30-minute extended race highlight videos, but there is something for everyone. In addition, teams and riders have been putting out more content than ever before with teams like EF-Nippo along with riders like Chris Froome and Alex Dowsett teaching the world about a great sport.

As Americans, we have been out of the scene for a while, so here are the current stars and teams to keep an eye on. The only American team in the World Tour peloton right now is Education-First Nippo. They have bright pink jerseys and are led by the lovable Hugh Carthy and Magnus Cort Nielson. They also have a YouTube channel with some interesting videos, along with collaborations with super cool brands like Rapha.

The current American hopefuls are Sepp Kuss, Brandon McNulty and Joe Dombrowski. Sepp Kuss from Colorado is a young top-tier climber on a really solid team who could be the next big star, Dombrowski is a peloton mainstay who got his first stage win in a World Tour in this year’s Giro d’Italia, while Brandon McNulty is a young rider with large goals. Kuss currently rides on Team Jumbo-Visma as a domestique in support of Tour de France favorite Primoz Roglic, while the duo of Dombrowski and McNulty are steady contributors to the team United Arab Emirates.

The pro-peloton is blooming and has been faster than ever since its return after COVID-19, so it’s time to put the Lance Armstrong debacle behind us and enjoy cycling for the sport it is. Trust me—you won’t regret it.