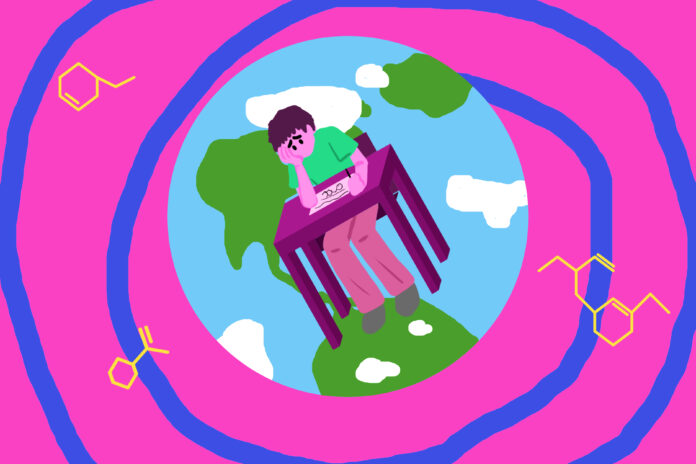 Can we stop breaking the Geneva Convention for 5 minutes?

In the days following their country’s most recent act of violence and pure unadulterated evil, UC Davis students struggle to focus on their studies. With political unrest and long-stemming systematic discrimination of minorities a constant, for some reason students just can’t be bothered to remember all the weird s*** Carbon does.

“I really enjoy my studies, and UC Davis is a fantastic school for animal sciences, I’m just… between bovine sperm and keeping up to date on the newest atrocity my country is committing, one of them is far more likely to keep me up at night.”

I must admit, as a professional humorist journalist, it’s truly disheartening to hear how much of a toll it takes on students like myself everyday. Who knew that the feeling that you’ll never make meaningful political change in a government that will continue to exploit its people, violate human rights and kill innocent people all around the globe for oil would be a detriment to students?

When asked about the phenomenon, leading UC Davis psychology professors said this:

“We’ve done a lot of research on the topic and we’ve found quite the result. None of these students are experiencing any psychological ailments. We found that a recent, new strain of water bears had escaped into the school water supply and was making people sad. Now that we’ve filled the water with forty times the amount of fluoride as usual, things should return to normal soon.”

When asked how this relates to psychology and how exactly water bears can make people sad, they continued with:

“Well we don’t know. We aren’t zoologists. But it seems far more likely than the possibility of students who move from all over the world meeting and interacting with new people from differing backgrounds, developing relationships, learning about new cultures and bettering themselves as people while also studying and researching the sciences and arts for the good of humanity for them to not only be ignored and disrespected by older generations, but  to have those currently in power go against everything they believe in, regardless of party, and hurt innocent people for malicious reasons because over the course of history they’ve established a system that always works out in favor of the rich and the majority so that even though we were told that college was our only option and if we didn’t go it was the ultimate sin to be unemployed and receive help from your family or we would die in a ditch somewhere after being drowned in debt because jobs now require a master’s degree, 8 years of experience and a letter from the current president saying you’re “pretty neat” for you to even be considered for a job that pays less than minimum wage with no benefits because companies destroyed the concept of worker’s rights and unions by bribing their way through our government system while also continuing to take trillions of tax dollars through government bailouts and laying off people who were barely making enough to survive, who are then forced to apply for an unemployment system that doesn’t exist because the majority realized it could gaslight, gate keep, girlboss its way into stealing every penny that goes into social services and education because no one cares and the less educated the people are the easier they are to manipulate, while on top of that social media apps that are worth more and are stronger than most countries make trillions of dollars off of the continued misinformation and couldn’t care less about the consequences of their actions, the world continues to hate the current generation of students because they got educated like the world told them to and now they want change but know they have no chance of ever having it before the point of no return…

…But nah, we think it’s these black bears we found bathing in the water tower that made all our students sad.”