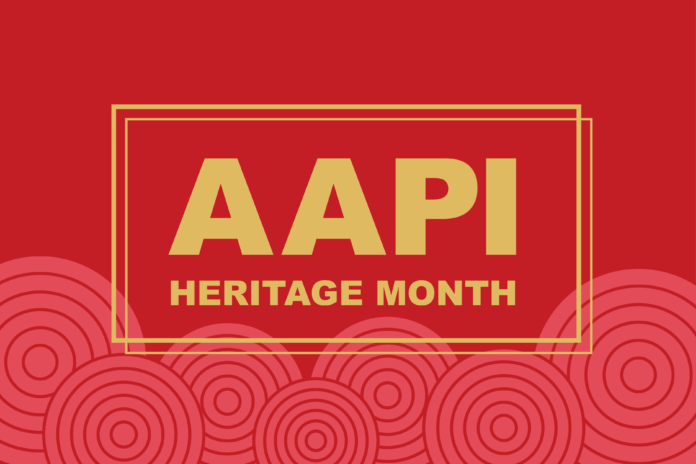 Manager of downtown Davis business Kobe Mini Mart Thomas Koh described how his experience operating a small business stocked with Asian foods and merchandise during the pandemic has generally been positive.

“Davis is a small town, but it is an educated town,” Koh said. “People are more liberal and more relaxed, and they know what’s going on.”

Koh further explained that even before the pandemic, he experienced a few racist comments on occasion, but nothing as extreme as the violence recently seen in the news.

“There were a few verbal things here and there,” Koh said. “It is easy to write it off. Other than that, there’s nothing much.”

Aileen Yang, a third-year design major, who is also of Asian descent, explained the importance of AAPI Heritage Month.

“It’s important to acknowledge and recognize the struggles that Asian Americans and Pacific Islanders have gone through,” Yang said. “The model minority myth makes it seem like there are no struggles, but that’s not true at all.”

Koh commended the city of Davis for its support of Asian businesses during the pandemic.

“A lot of them are family-owned and are directly influenced by the people who come, and their earnings from that,” Yang said. “They’re not large franchises, and customers are helping out people’s livelihoods.”

Koh emphasized the importance of community support during the pandemic.

“The community is really nice and I’m very grateful that Davis is such a diverse community,” Koh said. “People are very supportive even in this time of separation.”

Lisa Yep Salinas, a Yolo County resident and survivor of multiple anti-Asian racist incidents, explained how she was inspired by the memorandum condemning anti-Asian racism recently released by President Joe Biden. She described her own experiences with anti-Asian racism since the pandemic began.

These incidents occurred at local grocery stores or in their parking lots, in which the agitators blamed her for COVID-19, swore at her, used racial slurs and even committed physical assault with a shopping cart.

“My experience is just the tip of the iceberg,” Salinas said. “Asian Americans have been suffering big time.”

“It wasn’t about me,” Salinas said. “It was about letting other people who have been brutalized know that they are not alone. This is happening to other people.”

Salinas described her dream of eliminating not just anti-Asian racism and violence but all targeted violence.

“My dream goal would be that there is no more anti-Asian violence and no violence towards any specific race or people,” Salinas said. “If we’re going to dream, let’s dream big. Let’s just get rid of racism and violence and hate.”

Salinas noted her involvement in a national rally called United Against Hate, which took place on May 15 in 14 different cities. A booth representing this event was held at the Davis Farmers Market on that day as well. She commented on the importance of education and patience in addressing and unlearning racism.

“We can all agree that this racist violence and hate is wrong,” Salinas said. “I appreciate that people have gone out of their way to learn more about AAPI history and culture and what’s going on. If we can all be patient with each other and help each other—because there’s been so much trauma—we need to unlearn things and learn more from each other.”