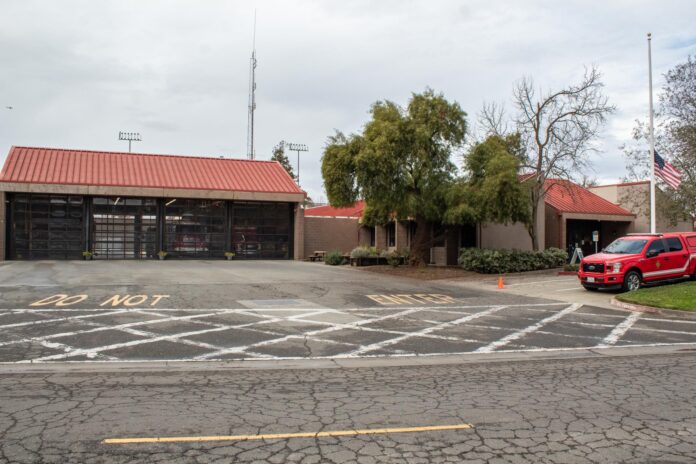 The California State Fire Marshal’s Office is currently conducting an investigation regarding the cause of the fire, and the investigation results will be available to the UC Davis community once completed

Counseling resources are available to students during this challenging time. Students can schedule a free video or phone appointment with counseling services at (530) 752-0871, or through Health-e-Messaging. Faculty, staff and adults can contact the Academic and Staff Assistance Program by calling (530) 752-2727.

The fire department was dispatched by the 911 center due to a heat detector activation in one of the apartment units at 11:25 p.m.

“Upon arrival, UC Davis fire crews were alerted to the possibility of a person still inside the residence and immediately began a search of the apartment,” said Nathan Trauernicht, the UC Davis fire chief. “Firefighters located one person in the apartment who was transported to the hospital. The fire was then brought under control.”

Trauernicht said that extinguishing the fire was second priority behind searching for the person still inside the apartment.

“Once the rescue was complete, the fire was under control within just a few minutes,” Trauernicht said.

The apartment unit that sustained the fire was housed by graduate student Mohamed Alkaoud and his wife Hissah Almousa.

“Hissah was in the apartment during the fire,” said Michael Sheehan, the associate vice chancellor for housing, dining and divisional operations. “Tragically, it was announced that Hissah passed away as a result of her injuries.”

UC Davis said it is working to support Mohamed Alkaoud as much as possible during this difficult time.

“Our entire campus community mourns the tragic loss of Hissah and grieves with Mohamed and the residents of Solano Park,” Chancellor Gary May said.

Residents of the apartment complex were housed on campus and given complimentary access to the dining commons until the complex was cleared for occupancy on May 14.

“We wanted to do everything possible to assist the students and residents that were displaced by this incident,” Sheehan said. “Supporting them was and is a top priority.”

Residents affected by the move and accommodations that they have undergone may file an insurance claim through the university’s insurer or with a private insurance company, according to Sheehan. They may do so if they have renters’ insurance and would like to apply for monetary compensation.

The investigation regarding the cause of the fire in the Solano Park apartment is being conducted by the California State Fire Marshal’s Office.

UC Davis will share the results of the investigation once it is complete. So far, the building’s electrical systems and structure have been examined and cleared.

“The California State Fire Marshal’s Office has jurisdiction for fire investigation on all UC campuses,” Trauernicht said. “The investigation is still underway regarding the cause and origin [of the fire at the Solano apartments].”
Written by: Maddie Duley — campus@theaggie.org