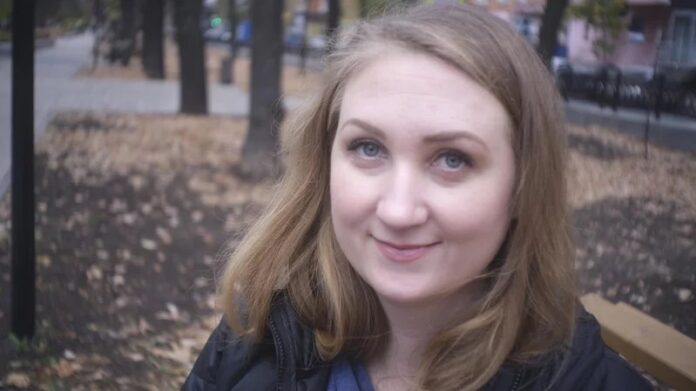 Catherine Serou, a 34-year-old UC Davis alumna who was studying in Russia, was found dead on the morning of Saturday, June 19. She went missing four days earlier after sending her mother a text that read: “In a car with a stranger. I hope I’m not being abducted.”

After earning two degrees from UC Davis, a Bachelor of Arts in 2017 and a Master of Arts in 2019, Serou began pursuing a master’s degree in law at Lobachevsky University in Nizhny Novgorod in the fall of 2019. She had planned to study Russian before applying to law school in the U.S.

According to Michael Siminovitch, a professor of design and the director of the California Lighting Technology Center, Serou was an “outstanding student” who had a bright future in law.

“She was being pursued by all kinds of law schools,” Siminovitch said. “And she was like, ‘What should I do?’ and I said, ‘Go. Don’t think, just go.’”

Siminovitch served as an advisor for Serou, and the two worked on a research project into energy efficient lighting in collaboration with the U.S. Navy. Having served in the Marine Corps, including a tour in Afghanistan, Serou had a strong interest in the project, according to Siminovitch.

“Here we had a student who was smart and knew about lighting and was a veteran, and so it was a win-win all around,” Siminovitch said. “She was very anxious to work on the project.”

Thomas Maiorana, a professor of design, taught Serou in his furniture design course and remembers her as a focused student.

“She was super present and would pay close attention to any kind of instruction and then approach her projects with a kind of intensity and rigor,” Maiorana said. “It was clear she was in school to learn.”

For Siminovitch, Serou’s death was “close to home.”

“It’s just a really sad story,” Siminovitch said. “Here’s this person who’s vibrant and seizing the world and adventuresome. That took a lot of nerve to pack up and go off to Russia to study Russian and law. That’s a huge undertaking for a young person.”

Since her death, friends and family members have created fundraisers to remember Serou and cover administrative and memorial costs.

“Catherine Serou could do anything,” Marie-Claire Serou wrote on the fundraiser page. “Brilliant and beautiful, she found joy in learning, growing, eating, traveling, building, crafting and caring for animals.”

Jenna DiCarlo, a friend of Catherine Serou and an incoming UC Davis fourth-year double majoring in international relations and history, also started a GoFundMe page for a memorial plaque in the UC Davis Arboretum to “preserve Catherine’s impact on campus.”

DiCarlo, now the president of the Davis College Republicans (DCR), met Catherine Serou through joining the club in her first year at UC Davis.

“She was a big role model for everyone in the club, and she was always super selfless and always put other people’s needs before hers,” DiCarlo said. “You always walked away from a conversation with her feeling really good.”

After donating to Serou’s family fundraiser, DiCarlo said that she and other members of DCR wanted to honor Serou and her impact on the UC Davis community.

“She was a twice-over alumni, she got both her bachelor’s and her master’s at Davis, she was a peer mentor and she was just an overall big part of the community for so long,” DiCarlo said. “We thought what better way to honor a great alumni than by having a memorial plaque for her somewhere on campus just to show that she was important to us, and she was very loved.”