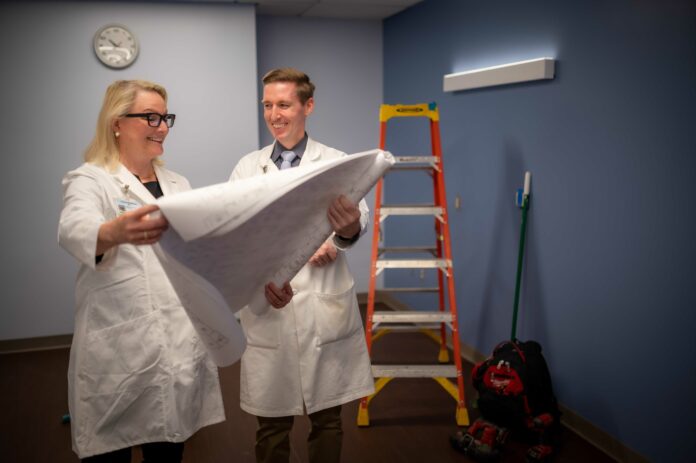 Theranostics, a combination of therapy and diagnostics, offers new biologically engineered technology to image and attack tumors within patients

Next-generation cancer treatment is on the horizon, offering a transformative beacon of hope for many patients who may find conventional treatments like chemotherapy and surgery incompatible. UC Davis Health has incorporated this new state-of-the-art approach to the field of oncology called “theranostics.” Derived from the combination of therapy and diagnostics, injection into the bloodstream by target-specific therapeutic, radioactive agents can find a patient’s tumor to be imaged and attack the tumor site to prevent its expansion.

Dr. Elizabeth Morris, Professor and Chair of UC Davis Medical Center’s Department of Radiology, emphasized the efficiency of theranostics for the treatment of cancer.

“Theranostics is a two-in-one method to diagnosing and treating cancer,” Morris said. “This one-stop shop for our patients is a real game changer for medicine, and we’re proud to be at the forefront.”

To further expand the field of theranostics, UC Davis Health has recently appointed Dr. Cameron Foster, director of the new UC Davis theranostics division and professor of clinical nuclear medicine, to oversee the development of a new, separate theranostics clinic.

Nuclear medicine—under which theranostics operates—is similar but different from radiology. While they both involve imaging, as Foster emphasizes, theranostics is rooted in the physiological processes, which makes nuclear medicine a field full of potential for new therapies and solutions for cancer patients while still taking advantage of the imaging aspect of nuclear medicine.

“A good example of the difference between radiology and nuclear medicine is the difference between an X-ray of a foot and a bone scan of a foot,” Foster said. “You take a look at the images and you can say if it’s the right or the left foot. There’s potentially a fracture of the foot in a toe or something like that, but the one thing that you could always say on the bone scan which you might have a problem saying on the X-ray is whether the patient was alive when you took this image. Because for an X-ray, you can take an X-ray of a cadaver foot and it may look identical to someone who is alive. But for a bone scan you had to inject that tracer that had to go through blood flow and then get taken up into the bone matrix.”

With recent boons regarding the development of new therapeutic agents for neuroendocrine tumors, the theranostics division is on the rise to both diagnosing and treating different types of cancers at the same time. Foster further explains how these agents operate inside a patient.

“These new tracers which can identify these neuroendocrine tumors also have a conjugate where we can take off the radioactive particle bound to this much larger molecule that transports it to the targeted tumor to let us image the tumor and replace the particle with a different one which now does therapy,” Foster said. “This is bound to the same larger molecule which goes to the same location of the targeted tumor, but now we can attack it with radiotherapy.”

Currently, the Division of Nuclear Medicine is working to develop new tracers for imaging and therapy to be more catered to the medical center’s patient population as to “keep the department at the leading edge of imaging practices,” according to the department’s website.

The transformative power of this new biologically engineered technology offers alternatives to the traditional treatments for cancer, and Foster further reassures that this approach comes with limited side effects.

“With these classes of therapeutics in the theranostics arena, they tend to have fewer side effects, and they tend to be very easy to administer,” Foster said. “Theranostic treatments are much, much milder. They might get a little bit of nausea during the procedure, and we combat that with anti-nausea medications. Largely, the biggest side effect during the therapy is boredom.”

In the same vein as Foster, Morris describes the future of theranostics and the steps toward getting closer to the ideal treatment.

“The goal is that we would be able to, for example, inject a tracer that was able to identify a really small cancer that has not metastasized and that is just local,” Morris said. “Then we will be able to treat it successfully with just the therapy itself by the injection, and the patient then would not need to have further surgery or any other kind of treatment. So that, to me, is the Holy Grail.”