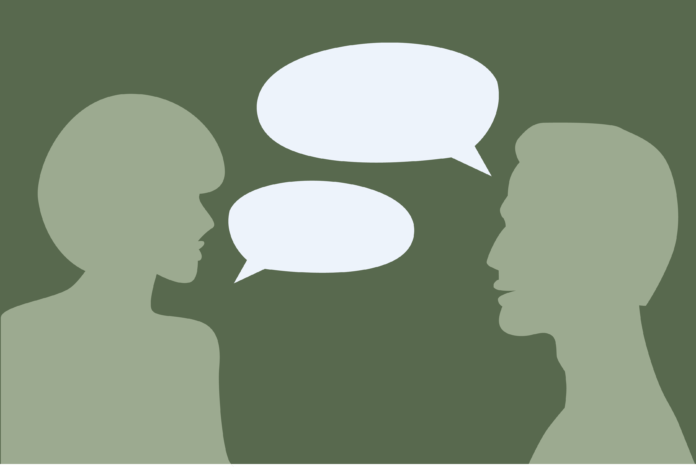 Think of a better question to ask new friends this quarter

Meeting new people is never an easy task. I know that when I get thrust into new situations with completely different people, I tend to freeze up and resort to just a few basic questions. However, when I look back on the conversations (because I’m that kind of person), I often come up with much better questions than my usual go-tos. One of the most common go-to questions I’ve heard asked at UC Davis is “what is your major?” While it seems like a good question at first, I think it’s an overrated ask because it can stereotype people, it doesn’t teach you anything about their hobbies or mindset and it can embarrass others.

When I am trying to get to know someone better, I want to know about the activities they love doing. I want to hear about their passions and imagine myself learning to feel their passions as they do. I want to understand how they approach life to gauge whether we operate on the same wavelength and could be compatible as friends. I want to see a glimpse of their true self, just enough to leave me on a cliffhanger, excited to learn more about them in the future.

Many questions can lead to having an actual conversation or establishing rapport with someone compared to just exchanging pleasantries, but when I ask someone their major, particularly newer students, I usually get an unenthusiastic answer. I’m not asking them something they are certain about—many people aren’t attached to their major. I’m not even asking them about something that brings them happiness. And when their major is different from mine, most conversations fizzle out or end the same way every time. A major is an unimportant and minuscule part of many peoples’ lives; instead, find a question that people will be happy to answer and which can spiral into more conversation than just a one-word answer.

Beyond being an extremely shallow question, asking someone their major is a question from which most people draw significant conclusions. I know that I group people based on their majors, and while I’m striving to be better, I can draw a more accurate picture of someone without knowing their major in most cases. I know as a design major that I am a drastically different person than most of my classmates, but when I am asked my major, I get pigeon-holed into an identity I don’t belong with. I don’t want to be Alex the design student. I want to be the creative, silly writer Alex, and most other students feel similarly about themselves. You don’t want to be labeled as a person based on the eight lower-division credits of a major that you’ve taken—you want to be labeled as a more dynamic person with interests and hobbies.

While knowing a major can be a good gauge as far as shared classes go, wait to pop the question and decide if they fit you as a friend first. You don’t want to only associate with people in the same major as you anyway.

While this is less of an issue, some people are embarrassed to share their majors. When asked about my major at first, I was hesitant to respond because I felt like I was just picking something off a list, not something worth sharing with others. As someone who initially entered school as undeclared, which is more common than you think at UC Davis, I absolutely dreaded being asked my major. I felt like I was looked down upon for not having an “actual major,” like there was a problem with me. Not to mention the people “armchair diagnosing” me with a major as you do from the couch when your favorite sports player gets hurt during a game. While it was always done with good intentions, it would irritate me, as I would’ve rather talked about literally anything else. I would lie to people to avoid the “major guessing game” and condescending comments up until I chose a major.

Be careful about ascribing importance to just one word spoken by another, especially if they don’t seem passionate in their answer. There are many things better to ask that can teach you much more about a person.

Overall, asking a person their major is a dead end question that doesn’t enrich conversation or invite longer answers. Most people are apt to give one-word answers, and when their major is different from yours, most conversations fizzle out or end the same way every time.

Instead of asking people their majors at first sight, here are a couple of other questions to ask when you can’t think of what to say. I like to ask people about sports. Most people watch or play some sort of sport and love to talk about it, so indulge them. Another favorite that seems silly at first but works well for me is to ask about what they want to be when they grow up. It is similar to the major question, but it evokes more of a dreamy feeling and allows someone to talk about something that excites them, which is great for conversation. Or lastly, ask them about something they enjoyed last weekend, over summer, or on break. It’s a great way to see what matters to people and what they enjoy while tipping you off toward what to do with them in the future.

In the end, asking someone their major stifles conversation and isn’t that fun to answer, so go out on a limb and choose a different question to ask instead. You won’t regret it!