The plight of the student gamer 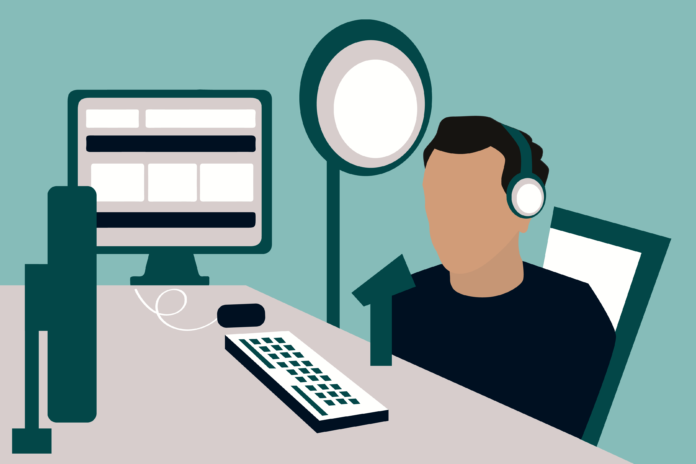 Homework and video games are unlikely duo, but not at UC Davis

“Call of Duty: Black Ops 4” and “Red Dead Redemption 2” were both released in October and more video games, such as “Fallout 76” and “Battlefield V” are scheduled to release later this year. As the big game titles keep flowing in, 2018 proceeds to be one of the best and brightest years for video games. Which poses the question: How does the full-time student balance school and video games?

UC Davis houses a large community of video game enthusiasts. A few student gamers, who requested to remain nameless and go by their gamertag, gave compelling insight on how to balance the two worlds. Some find it harder than others, having to dial back school work to ensure they have enough time to game, while others use video games as a reward for having completed their studies.

Nevertheless, all of the students had great knowledge on how to balance leisure and learning, which is applicable to more than just gaming.

A student who goes by the gamertag G3L0 prioritizes student life during the week and gaming on the weekends.

“Of course, I have to play at least an hour or two of video games some nights, but I try to limit it at that,” G3L0 said. “Either I set an in-game deadline like ‘finish this quest’ or ‘play 4 rounds’ or I set a timer — once that’s up then I need to get back to studying. Same with studying, I tell myself to do it for a decent amount of time and then I let myself game. It’s important to try and give studying more time than gaming, though.”

Another student-gamer, PinkPikachu finds the greatest difficulty to be time and how to fit gaming into her schedule.

“During low-unit quarters, I can easily overdo it, but during high-unit quarters I sometimes go two weeks without playing,” PinkPikachu said. “When I sit down to play a game, I want to play it for at least two and a half or three hours, minimum. That doesn’t seem like a long time until you start thinking of other obligations like classes [and] homework and that three hours is a minimum, which can easily turn into five or six.”

Balancing video games and school also depends on what game PinkPikachu is playing. More competitive games require more attention, but leisure games are easier to put a time limit on.

“Last year, I was so invested in ‘Overwatch’ that every Thursday I’d come home from section at 6:30 p.m., me and four to five friends would queue up, and then we’d play until midnight,” PinkPikachu said. “I was so intent on ranking up that I’d sit there for hours with a break or two in-between. By nature, ‘Overwatch’ is a volatile game, and you don’t really know how many games it’ll take to get to the rank you want, so you can be sitting there for hours.”

Another student gamer who goes by the gamertag MantisToboggan is so dedicated to gaming that he has altered his schedule, so game time can be a priority. MantisToboggan dropped one class and changed another to pass/fail, so that he could log more hours on “Red Dead Redemption 2.”

“I have been waiting for this game for about eight years, so I had planned to take a lighter workload this semester,” MantisToboggan said. “But I regret it now because my new schedule could possibly postpone my graduation date.”

The greatest difficulty gamers like G3L0 have faced is staying disciplined in the time they dedicate to video games and homework.

“I love video games, especially this game,” MantisToboggan said. “So the greatest difficulty for me is taking my homework seriously when all I really care about right now is the game. [My] second greatest difficulty is tossing relationships into the mix and trying to find a good time for friends [while] also getting your gaming fix. It’s even harder if your friends aren’t really gamers because then you can’t even talk about video games!”

“If I’m playing something single-player like ‘Final Fantasy XV,’ or not as competitive like ‘Dead By Daylight,’ I have pretty good self-control and can cut myself off after playing for a certain amount of time,” PinkPikachu said. “Games can be pretty addictive, so it’s important for people who like to game to practice self-control.”

Unlike his peers, MantisToboggan felt otherwise.

“Listen, I have a whole camp of people at Horseshoe Overlook who are relying on me to supply provisions for the camp so we can head back east,” MantisToboggan said. “I can’t be thinking about homework.”

The struggle of gaming and being a student may be a difficult one, but at UC Davis, the two worlds have a means to be combined.

According to these students, the homework in this class revolves around beating, building and understanding video games. So rather than attempting to balance homework and video games, why not take a course where video games are the homework?