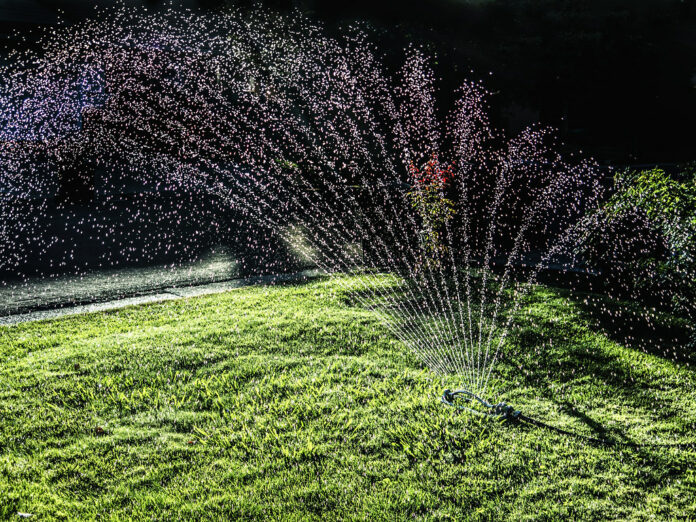 “If the voluntary, statewide reduction in water use is not met, the state may look to require mandatory water-use reductions in future months,” the press release reads.

“Water agencies do report water production and other water information on a monthly basis to the State Water Board, so the reduction percentages are likely to be a comparison of aggregate water usage for the City overall by month compared to the same month(s) in 2020,” Calciano said.

Calciano explained that there was more water production in Davis in 2021.

“Likely due in part to the unprecedented heat waves in the early summer and it being the second dry year without much precipitation, the City saw increases in overall water production for April, May and June 2021 as compared to the same months in 2020,” Calciano said via email. “There was a small decrease in water production for July 2021 compared to July 2020. August water production information is due to the state in mid-September and when available will be updated on the City’s website.”

Much of the water supply in Davis comes from the surface water of the Sacramento River. Under Term 91, a water usage curtailment which usually takes effect in the summer, the surface water is now limited, forcing Davis to use more groundwater instead. An information page from the city regarding water supplies states that if Term 91 continues into November, there may be less surface water available.

“Historically, Term 91… is set in place during the summer months,” the website reads. “If Term 91 is in effect between November to March of any year, which has been the case in five of the past seven years, the ability to divert water from the Sacramento River may be limited.”

“All of the water we provide is safe and useful, but there’s a quality to the surface water that it’s got fewer minerals and other things to remove from it in its treatment, and that, for example, we noticed that when the city switched more heavily toward surface water, our outdoor landscaping liked that a lot more,” Carson said. “People will notice differences in taste and things like that, without question. My understanding is that the mix can be different in different parts of the city.”

Carson also noted that Davis may be forced to switch completely to groundwater in November, but assured that it’s unlikely for Davis to run out of water entirely.

“Our water supplies in the aggregate will exceed our demands,” Carson said. “We’re really fortunate that by obtaining the surface water rights and having a good system of deep water wells, we are not at risk of running out of water. That said, we are encouraging folks to conserve, because we have an obligation, like every community, to use water as efficiently as possible.”

If the drought continues and Californians are not able to voluntarily dial back their use of water, mandatory restrictions may come into place, Carson said.

“When the governor made his request for the voluntary statewide water restriction in July, the state signaled that depending on how things play out, additional state requirements are possible,” Carson said. “We’ve done a good job. For example, there have been underlying mandates from the state in the past that we reduce our per capita water use to certain goals. The city of Davis has met and exceeded those goals.”

Some of the best ways to reduce water usage are listed on the city’s website. These can include simple and easy things like fixing leaks, irrigating efficiently and taking shorter showers, or more involved tasks like replacing thirsty lawns with drought-tolerant plant species.
Written by: Rachel Shey — city@theaggie.org