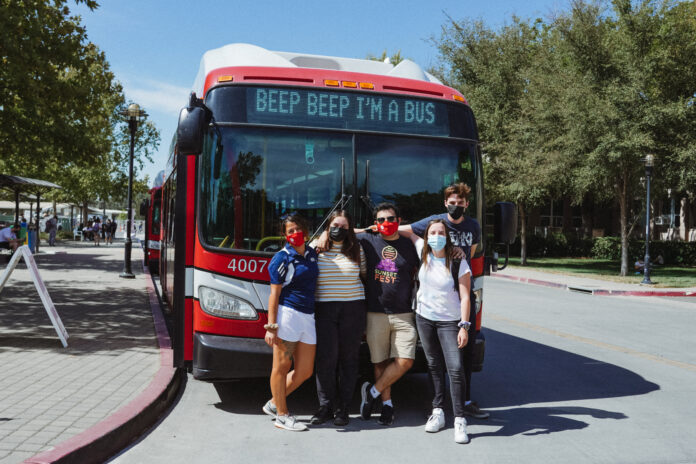 While many employers on and off campus have been experiencing staff shortages, the Unitrans driver shortage in particular has been deeply felt among students who rely on the service for regular transportation.

According to third-year electrical engineering major and Unitrans driver Maximus Rusi, Unitrans has yet to reach the same operational status as before the pandemic.

“The driver shortage has definitely been rough on service,” Rusi said via email. “Unfortunately we haven’t been able to get back to full ‘pre-pandemic’ service due to the lack of drivers.”

The lack of sufficient employees puts stress on both drivers and supervisors, but those most affected are students and patrons who use Unitrans, according to Rusi.

“While this affects drivers and supervisors, […] I feel worse for our community that uses public transportation,” Rusi said via email. “Those that live in West Village or North Davis specifically feel it the worst.”

The shortage of drivers means that buses run less frequently, some only running once per hour, which leads to larger crowds on the buses that are in service. Two bus lines are also being temporarily operated by the Yolobus service.

“During the normal year we would normally run busses to them every 15 minutes but right now we can just barely manage to run [highly-frequented lines] every 30 minutes,” Rusi said via email. “You would think that’s not a big deal, however it’s actually leading to buses being over packed and running super late.”

Jeffery Flynn, the general manager of Unitrans, recommended that students planning to take the bus leave earlier than they otherwise would to get to class.

“Please be patient and expect crowded buses and delays,” Flynn said. “We recommend trying to get to classes at least 30 minutes before you need to arrive. As more students apply and finish driver training, we will add more service.”

Flynn encouraged students who may be looking for on-campus employment opportunities to consider working for Unitrans.

Until these positions are filled, however, students who commute to school via bus will continue to feel the effects of the driver shortage.

Fatima Alvarez, a fourth-year managerial economics major, explained that the reduction in Unitrans services has affected her daily commute.

“The reduced service meant I had to look for other forms of transportation,” Alvarez said via email. “I’m grateful that Yolobus took over the service of the line I would have to take to campus.”

Alvarez said that she hopes bus services will increase sooner rather than later.

“Maybe it’s too early to have the lines that were suspended back, but I would like them back,” Alvarez said via email. “Some lines are only running once per hour and I would like to see them running twice an hour as regular service.”

According to Rusi, Unitrans’ present concern is providing all students who need one with a ride.

“We haven’t been able to keep up with the demand for more buses on the road,” Rusi said via email. “Right now, making sure everyone can get a ride is our biggest goal. I just hope we will have the capacity to improve service for our community as soon as possible.”Written by: Yan Yan Hustis Hayes — campus@theaggie.org