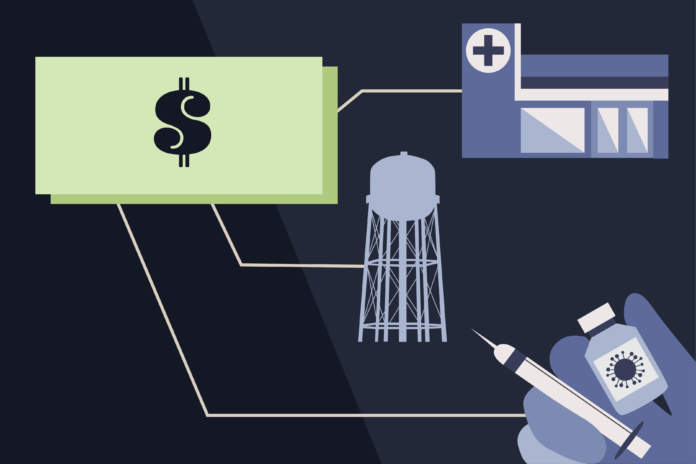 On Oct. 13, the City of Davis held a meeting to discuss American Rescue Plan funding and how it will be allocated in Davis, according to a press release.

Also on Oct 13, the city launched a community survey that’s open until Nov. 1, the link for which can be found on the City of Davis’ American Rescue Plan (ARP) funding web page.

Barbara Archer, the communications and customer service manager for the City of Davis, explained that the survey will allow the city to get input on how the funds should be distributed. The City of Davis is also encouraging those who have more input to reach out to them via email at cmoweb@cityofdavis.org.

“It’s a fairly extensive survey because we want to get community input on how the city should allocate the American Rescue Plan dollars,” Archer said.

The web page defined ARP and described the funds being distributed to Davis.

“The American Rescue Plan (ARP) is a federal stimulus plan approved by the United States Congress and President Biden that provides $350 billion of stimulus funding to State and Local governments,” the web page reads. “The share received by the City of Davis is $19.7 million.”

Additionally, according to the web page, the City Of Davis held a meeting on May 25. In this meeting, it obtained a staff report highlighting how the funds can be used and guiding principles for the allocation of funds.

“At its May 25, 2021, meeting, the Davis City Council received a staff report listing guiding principles for ARP funds use,” the web page reads. “In addition, there are federal guidelines for how ARP funds can be used. The City of Davis allocation of ARP funds is $19.7 million. ARP funds are intended to be used to respond to the impact of COVID-19 and to assist with efforts to contain COVID-19.”

The funding will be “encumbered by December 2024” and “spent by December 2026,” according to the presentation. The presentation also explains that the U.S. Department of Treasury “released initial guidance” on how the funds can be utilized. Three additional uses were also mentioned, including the “response to public health emergency and its negative economic effects,” “backfill for revenue reduction” and “infrastructure.”

Archer explained that along with the eligible uses mentioned earlier, the City Council also has its own Guiding Principles.

“When you get into the eligible uses for ARP funds, they talk about mitigating conditions caused by the public health emergency,” Archer said. “And so there’s two uses, there’s the American Rescue Plan eligible uses and then when this topic was presented to the Davis City Council, the Council also created Guiding Principles of their own. Those are available on the website as well.”

The Guiding Principles include recovering from the economic losses as a result of the COVID-19 pandemic, linking to the City of Davis’ City Council goals and more. The web page also states that the funds are not only limited to cities, such as Davis.

“In addition to cities receiving funds from the American Rescue Plan, states, counties, tribes and school districts will also be granted funds,” the web page reads.