A guide to technology resources for UC Davis students 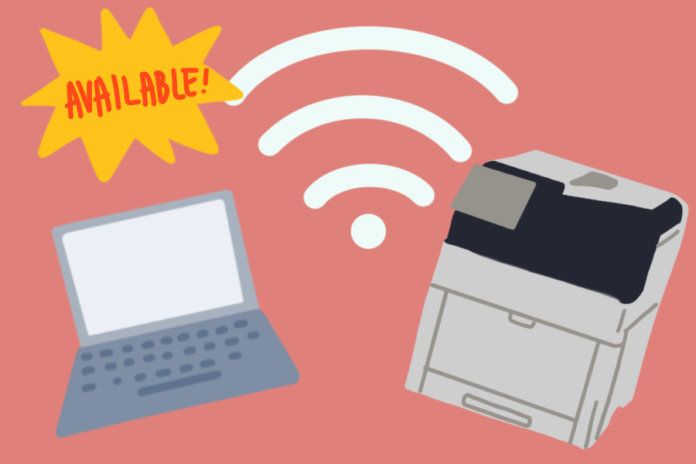 An introduction to the tech resources offered on and off campus

College is expensive—and apart from courses and textbooks, it’s sometimes hard to know how to best take advantage of the myriad of resources you have access to as a student. From virtual access to specialized software, to library materials such as journals, newspapers and databases, UC Davis has a vast array of technology resources. Here’s a guide to a few of its most-used.

Many of the other tech resources for students can be found in the computer rooms, where a wide variety of general and specialized software and hardware can be found.

Beyond printers, hardware available includes flatbed, document and film and slide scanners, a video editing room and an audio editing room. In addition the computer rooms offer a VHS to DVD recorder and Wacom tablets, a tablet where you can draw on a responsive pad and have your drawing automatically appear on your screen, available for checkout for use in computer rooms, according to the IET computer rooms website.

There is also a large array of software available, including Microsoft Office, Adobe Creative Cloud, AutoCAD, RStudio, Stata, SPSS and much more. A full list of software can be found on the UC Davis computer rooms website.

Tim Leamy, the manager of computer lab management at UC Davis, explained more about how access to computer rooms works.

“Many of [the computer rooms] are used as classrooms, but there are also drop-in rooms for students to drop-in and use the software,” Leamy said. “We have a website that shows when computers are available to use.”

In addition to being offered in the computer rooms, many applications are also available through the IET Virtual Lab, which, according to the Virtual Lab FAQ page, allows UC Davis students, staff and faculty to access computers remotely.

“The virtual lab is how we make our PCs available for students to use at home,” Leamy said. “It’s the same hardware, but they can access it off-campus.”

Because of the way the virtual lab works, there are only a limited number of systems, so not all applications will be available all the time—they’re most likely to be free in the afternoons and evenings, after most classes for the day have ended.

In order to connect to the IET Virtual Lab, you need a Remote Desktop Connection client, which comes automatically with Microsoft Windows and otherwise can be downloaded and installed. You can then log into the virtual lab website and choose which program you would like to use, at which point you will be prompted to download and open an RDP file.

Because the software will be running on a remote computer, none of your files will be accessible on the PC computer you are virtually borrowing, so you will need to copy the files over and remember to copy them back to your own computer before you disconnect.

According to the UC Davis Library website, while limited access to virtual library resources can be attained without any further action, other resources require use of the library Virtual Private Network (VPN). You can connect to the VPN by downloading and installing the Pulse Secure client, as well as signing in with your Kerberos ID and UC Davis Duo authentication.

These resources include “paid journal and newspaper subscriptions, library databases, streaming media services, and educational and clinical apps,” as well as full access to the library catalog. They also include the library A-Z list, where you can search for databases of information on scholarly articles, newspapers, literature, statistics and more.

Despite many assignments being moved online, especially through the pandemic’s impact on technology usage, students may still need to physically print out and turn in certain lab reports and essays. While some may have printers in their houses or apartment complexes, there are also black and white and color printers available to use at Shields Library, the Student Community Center and other locations around campus.

There is a charge of 11 cents per sheet for the black and white printers, charged through Student Bill at the end of each quarter, according to the IET Computer Rooms Printing FAQ page. However, if you print 30 or fewer sheets in a given quarter, the charges will be waived. When you print in one of the general computer rooms, a message will appear on your computer to inform you of how many sheets you have printed that quarter.

For color printing, each page costs $1 to print, charged on a separate account from black and white printing.

According to the FAQ page, student fees do not support printing. Instead, it is entirely funded by the printing fees.

Leamy explained that another feature of the on-campus printers is wireless printing. He went on to say that in recent years, wireless printing has become one of their most-used tech resources, as more and more students are bringing their own laptops with them.

Second-year biological engineering major Cecelia Wong talked about how she’s struggled to find a place to print homework assignments in the past.

“Ink is so expensive, and printers are not very accessible near my home, so I’ve found it frustrating in the past to try to find a time and place to print out what I need to,” Wong said.

Fourth-year evolution, ecology and biodiversity major Isabelle Esber-Tolentino said that she used the wireless printer in the library for the first time on Wednesday, Oct. 20.

“I live at The Green, so we don’t have printers there,” Esber-Tolentino said. “I’m pretty good with technology, so I figured it out pretty easy […] I used the dorm computer rooms in the past.”