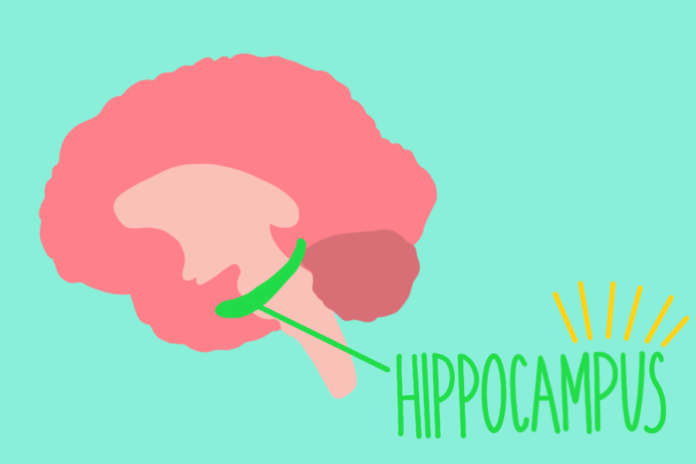 UC Davis researchers from the Center for Neuroscience conducted a brain imaging study exploring the role of the hippocampus in linking separate events into a single narrative. This paper was published in Current Biology.

Neuroscience M.D-Ph. D. student Brendan Cohn-Sheehy said via email that the hippocampus plays an important role in episodic memory, which is “our ability to form and then retrieve memories that are linked to specific times.”

“We’ve known for some time that the hippocampus can form memories for specific events, that is, information that takes place during a specific period of time,” Cohn-Sheehy said. “But we got to thinking that to some degree, that isn’t the full story.”

Researchers began pondering why it would be beneficial to keep all life events separated in our memory, Cohn-Sheehy said.

Dr. Charan Ranganath, professor of psychology and head of the Dynamic Memory Lab, said that at the crux of this research lies the following question: how is information put together in memory?

“We actually wrote and recorded some short audio stories which served as our experimental stimulus, which was a pretty fun task,” Cohn-Sheehy said.

For example, participants might have listened to a fictional story about Charles, a photojournalist trying to get his big break. However, the participants were unaware that the experimental conditions actually involved the side-characters that were mentioned in the story.

“It’s kind of like when a side-character in a sitcom […] shows up at a couple different points in a TV show, and although their appearances are separated, they might form one larger narrative,” Cohn-Sheehy said. “We did the same thing in our stories […] Side-characters would show up in separated events that were unrelated to the surrounding stories, and which could either form one larger narrative or not.”

To collect data, researchers used magnetic resonance imaging, or MRI, to scan the participants’ brains on the day they listened to the stories and on the subsequent day, when participants were expected to recall every detail they could remember.

“[W]e analyzed brain activity by isolating the unique map of activity in the hippocampus at any given point in time and how similar this pattern was between events that formed one narrative, versus events that did not,” Cohn-Sheehy said.

Cohn-Sheehy emphasized that the pattern similarity informs researchers about how much the hippocampus supported information that could link separate events into a narrative.

experiences had by an individual is emphasized across many theories in neuroscience, Ranganath said via email. However, according to him, humans intuitively violate this idea, drawing light to the hippocampus.

“[W]hen we recall information from the past, we often put together information from separate events into a seamless narrative,” Ranganath said. “For instance, if you ran into a friend walking into a sketchy restaurant and later that day she complains that she got food poisoning, you would be likely to put that information together into a single narrative.”

Researchers hypothesized that the hippocampus may be responsible for forming linkages between information from the past with information in the present to build narratives.

The results also have built on previous behavioral studies.

“One application of this research is that it helps us take what we know about memory into the real world,” Ranganath said.

Cohn-Sheehy agreed, adding that there is a potential clinical application.

“This research was done in healthy young adults,” Cohn-Sheehy said. “But we want to see whether similar effects carry to older adults, that is, do narratives play the same role in real-life memory across the lifespan […] If we build on research like this to develop more realistic, sensitive memory tests, maybe we’ll be able to develop better early screening tests for Alzheimer’s and other memory disorders.”

Ranganath further explained that this study explores the role of narratives in near-life memory by using a task that tests memory in a way that mimics how humans recall events in the real world.

“For instance, most adults over the age of 50, unlike college students, don’t spend their days studying meaningless information in anticipation of a test,” Ranganath said. “When older adults do badly on a memory test, we don’t know if that is because they have a memory problem or that they are just bad test takers.”

Undergraduate research assistants were integral to this project, Cohn-Sheehy said.

“We had undergraduate research assistants who were blinded to the study hypotheses and conditions score how many details participants remembered,” Cohn-Sheehy said.

Cohn-Sheehy encourages students to get involved.

“As a Neurobiology, Physiology and Behavior major, I learn a lot about biological and chemical principles in my classes,” third year Tyler Cunningham said. “Research like this excites me because I get to learn more about the mechanisms behind these principles and then see their application to help solve-real world problems.”

This research involves cognitive neuroscience, a field that explores how humans experience the world around us and how our brain supports that, according to Cohn-Sheehy.