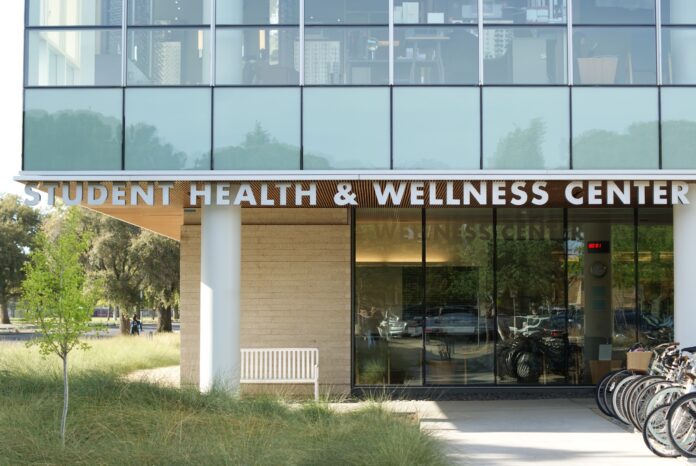 There is an ongoing effort by organizations at UC Davis to break the stigma surrounding talk of suicide and mental illness.

This is the primary concern for groups like Out of the Darkness, which focuses specifically on suicide prevention, the National Alliance on Mental Illness (NAMI) at UC Davis and Active Minds.

“I think our society doesn’t like being uncomfortable,” said second-year political science major and UC Davis Out of the Darkness President Briana Megid. “I think there’s a reason why stuff like political correctness is a thing that we have. People want to be as polite and proper as possible, go over the ugly parts and not have to look at it.”

Mental illness, such as depression, is often viewed inaccurately, according to Diksha Mohapatra, a fourth-year neurobiology, physiology and behavior major and president of NAMI at UC Davis.

“When you think of someone with depression, you might have an image in your head of what that person might look like, but it’s never like that,” Mohapatra said. “It could be anyone experiencing anything, and you wouldn’t know from appearance.”

Mohapatra reasons that the stigma surrounding mental illness and the negative associations have a lot to do with how the topic is portrayed in the media.

“People see mental illnesses, because of the media, as a really ridiculous, horrible, degrading thing that they would never want to associate themselves with,” Mohapatra said. “It’s not something that you define yourself as. And it’s not black or white, there’s definitely a grey area in between.”

NAMI is trying to steer students away from these associations and open a dialogue to better address the issue of mental health awareness and eliminate the taboo around discussion of mental illness.

“Just because it’s a sensitive issue doesn’t mean it needs to be pushed under the rug,” said Leo Moley, a fourth-year biological psychology major and officer in Active Minds.

Moley pointed out that the lack of discussion does not reflect the significant prevalence of the issue in our society.

“People are oftentimes very surprised when they find out that one in four people are directly affected by mental illness in the US, so it’s a very relevant issue that doesn’t necessarily get the exposure it needs to,” Moley said.

Mental illness is of particular concern at the university level, where the average student falls in the age group where several mental health issue often begin.

“Things like depression, anxiety, schizophrenia are all things that come out at this [college] age group, in the early 20s,” Moley said. “So you combine that predisposition with all the stress that people are under, you can really see a high emergence of mental illness.”

According to Danen Adelson, a psychologist at the UC Davis Student Health and Counseling Services (SHCS), suicide is the second leading cause of death among people aged 18 to 24, behind car accidents. However, while college often coincides with the time period in which many problems arise, Adelson says it is also one of the best environments for attempting to eliminate the stigma surrounding mental illness.

“I think developmentally at this age group, students are at a point where they’re starting to be curious about things,” Adelson said. “This is where they start separating from their families and really coming into their own, so I think this is a prime time for people to start having these conversations.”

Students’ willingness to begin conversation about their own mental health is often one of the most difficult steps.

“I think that with such a crippling stigma,” Megid said. “You feel like it’s not appropriate or it’s uncomfortable, or they won’t receive you properly, that just contributes to you feeling even more alone.”

Groups like NAMI, Active Minds, and Out of the Darkness aim to point out that the people affected are not alone.

“One of my favorite things is tabling out on the farmers market,” Moley said. “People are very interested, people really want to have these discussions and talk about these kinds of things, so we’re giving them that outlet.”

One of the biggest pushes toward increasing conversation on-campus came from a campaign called Each Aggie Matters, which was established through state funding specifically targeting the promotion of mental health in higher education.

“What it is is a campaign on-campus that really promotes an open dialogue around mental health and focuses on destigmatizing these issues, collecting commitments from students, faculty and staff members about how to make our campus a community that’s supportive and open to having these conversations,” Adelson said.

The various groups agreed that understanding mental illness is one of the most important steps in opening the dialogue surrounding it.

“Just learning more about mental illness actually made me a lot more confident and a lot more able to recognize real signs compared to regular, everyday stress,” Moley said. “I kind of deal with stress myself, and at the same time that’s what I want to study more than anything else, learn the biology of stress so when those bouts of stress come up I can literally visualize what’s happening in my body as it’s happening, and that gives me an ultimate sense of control.”

Education is the primary interest of the groups and of the Each Aggie Matters campaign. Each group is holding an event this quarter to educate students and offer resources available to those affected by mental illness.

Active Minds is preparing for their largest event, End the Silence, which will be held on the quad April 27 and 28.

“It’s a big suicide awareness campaign, and it’s been in the works since last year, so we’ve been planning it for a while,” said third-year psychology and evolutionary anthropology double major and Active Minds President Brenna Williams. “Basically the goal is to let people know the staggering figure of the amount of college students who commit suicide every year, which is 1,100 across college campuses in the United States. We’re trying to educate our peers about this staggering number, because when you think about how many people that is it’s really baffling and horrible.”

The event will have interactive features for people who want to talk about their direct or indirect experience with mental illness or suicide. Mental health resources will also be available.

Out of the Darkness is planning their first on-campus walk to promote suicide prevention, at 11 a.m. on Sat., April 25, at Russell Field.

Megid set out to start a walk based on her positive experience with similar events in the past. She pointed out that oftentimes people have fun walking in groups and being able to talk to one another.

“You don’t necessarily have to talk about your story but there’s just this underlying ‘I understand you’ element to it that’s really nice and supportive,” Megid said.

NAMI has a table set up every Wednesday in the quad where visitors can practice breathing exercises to help them with stress, and recently began setting up games of four-square on the quad as a fun distraction from studying.

Their biggest event, the Mental Health Fair, will be on Wed., May 13, at the West Quad. Their goal is to bring all the organizations together to inform students of the resources available to them regarding mental health.

“One of the things that I love about UC Davis is that we get really creative about our mental health promotion and how we deliver our services,” Adelson said. “Of course we have counseling services here at North Hall and we have psychologists and mental health providers at the Student Health and Wellness Center, but we also have counselors located in different departments and units across campus.”

A new program, called the Interactive Screening Program (ISP), makes it possible for SHCS to extend beyond physical offices and reach students who might not normally go to them, by sending out a self-assessment to students via email.

These groups pointed out that they share the common goal of increasing accessibility of mental health resources by decreasing the stigma surrounding the need for these resources. The method they emphasize is simply talking.

“The goal is to at least start a conversation,” Megid said. “I would consider it successful if one person who is either struggling with depression, or another person who had just recently lost someone turned to one of their friends and said ‘this is something I’m going through.’ That is just one more step towards having a community that hopefully won’t flinch when you say ‘this is something I’m dealing with right now.’”

Letter to the Editor