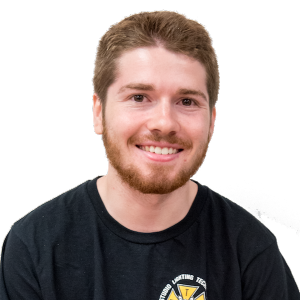 Understanding what free speech entails is essential to a democratic society

The self-described “supervillain of the Internet,” Milo Yiannopoulos, is slated to speak today at UC Davis as part of his ongoing “Dangerous Faggot Tour,” which has taken him to college campuses across the country. He will be joined by pharmaceutical executive Martin Shkreli, who is on bail for securities fraud, Breitbart News reported Wednesday.

It’s not surprising that Yiannopoulos, a professional provocateur whose white supremacist, misogynistic and transphobic views have made him a symbol of the so-called “alt-right,”  has chosen American universities as a staging ground for his blatantly offensive rhetoric. For years, campuses have eschewed basic principles of free speech in a way that makes them particularly ripe for the type of reaction Yiannopoulos hopes to elicit.

But allowing Yiannopoulos to speak is in line with a public university’s commitment to free speech. Any argument otherwise either doesn’t understand what types of speech are permissible or simply fails to grasp the importance of free speech to preserving a healthy democracy.

Let’s immediately dispense with the idea that Yiannopoulos actually has anything substantive to add to the political discourse. If transcripts of past tour stops are any indication of what he will say at UC Davis, you can expect to hear a litany of slurs and degradations of marginalized communities that can only be described as anti-intellectual hate speech.

But, broadly speaking, most hate speech is permissible and protected. The courts have interpreted the First Amendment such that one of the only ways hate speech — or speech in general — can be limited is if it contains “fighting words,” defined as direct incitements to violence. But speech is protected when it’s deployed at a public forum and isn’t likely to instigate a violent reaction from the person to whom it’s directed. This is how Yiannopoulos gets away with regularly targeting individuals at his events with obscene insults. Private companies and universities can set and enforce their own harassment policies.

Yiannopoulos was suspended from Twitter for unleashing a barrage of hate against the actress Leslie Jones. Shkreli’s account was similarly removed after he harassed a Teen Vogue reporter who rebuffed an invitation to join him at President-elect Trump’s inauguration. Though penalizing these behaviors is acceptable in the private sphere, great caution should still be taken before limiting someone’s speech — normalizing such actions could create a dangerous precedent.

Hate speech has regrettably become, as noted African-American scholar Henry Louis Gates Jr. wrote, “the term-of-art of a movement — most active on college campuses and liberal municipalities — that has caused many civil rights advocates to rethink their allegiance to the First Amendment, the amendment that licensed the protests, rallies, organization and agitation that so galvanized the nation in a bygone era.”

The disinformation surrounding what kind of speech is and isn’t protected does a disservice to victims of unprotected speech. It’s possible that not being able to clearly define where the line should be drawn contributes to a growing sense among Millennials — a surprising 40 percent of whom believe the government should be able to limit speech offensive to minorities — that the liberal principle of free speech should not be extended so widely as it is currently.

There isn’t absolute consensus on whether laws designed to limit hate speech that broadly targets minorities and other underprivileged groups would be unconstitutional. It’s true that hate speech can create a mood just as effective as creating physical violence as any direct incitement — just look at the post-election uptick in hate crimes. But the vast majority of First Amendment scholars would likely say these broad and potentially vague laws would be unconstitutional — and for good reason.

Broadening the scope of what constitutes unprotected speech invites the kind of unfair prosecutions the United States government employed against suspected communists during the Red Scare of the early 20th century. The American Civil Liberties Union was formed as a response to these clear breaches of the First Amendment and has now positioned itself as the foremost legal opposition to the incoming Trump administration. Specific protections help prevent the powers that be from abusing their authority, as is wont in times of great uncertainty and anxiety.

It’s important to note this history because it’s become vogue among those who wish to limit speech to characterize pro-speech advocates as the privileged defenders of right-wing fanatics like Yiannopoulos. That’s a narrow-minded view that doesn’t give credit to the fact that many of those who come to the defense of free speech understand — and may even be threatened — by the alt-right’s dangerous rhetoric. Liberal and radical left-wing speakers on college campuses have also been sanctioned or faced disinvitation.

College Republicans at Texas Tech petitioned against a talk to be delivered by Angela Davis, the radical feminist who gained notoriety for her association with the Communist Party and Black Panthers during the Civil Rights Movement. The rapper Common was disinvited from speaking at Kean University after the law enforcement community charged the artist with portraying a cop-killer kindly in one of his songs. Safeguarding and expanding the First Amendment rights of these individuals is equally important as defending the protections afforded to their counterparts.

The right-wing tendency to limit speech is far from dead, however much conservatives now make themselves out to be the new guardians of open dialogue. The Davis College Republicans gave a platform to a white-nationalist, and they must be held accountable — they must be able to explain why Yiannopoulos and Shkreli are preferable to a principled conservative thinker who could open a discussion without involving the ugliness of hate speech.

But students should take Yiannopoulos’ invitation to speak by the Davis College Republicans as an opportunity to reflect on how free speech has made the opposition against Yiannopoulos possible — and how its strident defense will help ensure a democratic society.
Written by: Eli Flesch — ekflesch@ucdavis.edu