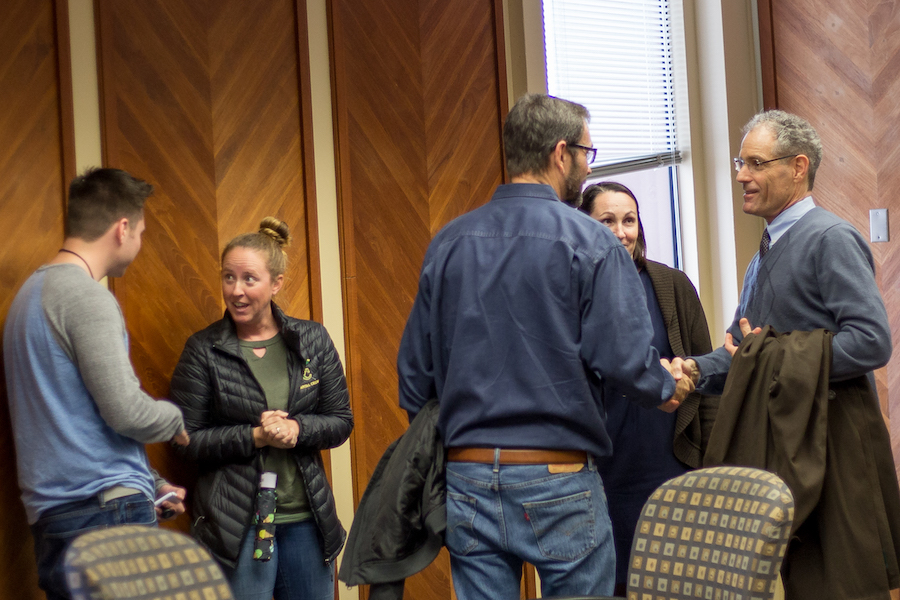 A forum was held in the Mee Room in the UC Davis Memorial Union by Director of Athletics Kevin Blue and Faculty Athletics Representative Scott Carrell on Jan. 9. The forum included a brief overview on why a women’s athletic team is being added at UC Davis, specifically with the adherence to Title IX, and to enhance the athletic participation opportunities for women undergraduates. Over the last few years, the percentages of women undergraduates have become significantly greater (55.1 percent women to 59.4 percent) in about a six year span compared to the percentage of male undergraduates at the university.

The forum opened with an initial statement by both Carrell and Blue on both the update of the nominations for the new team and the process of creating this team moving forward. Mentioned was the around 622 responses that have been received by the public online for nominations for new various women’s sports teams. In total, 14 new teams have been nominated: beach volleyball, curling, cycling, dance, e-sports, equestrian, skiing, stunt (also known as cheer), fencing, ice hockey, rugby, triathlon, rowing and wrestling. The deadline for all new team nominations is Jan. 19. Blue assured the attendees that any nomination made for a new team will be taken into consideration with analysis, regardless of how many of the same nominations are submitted.

After the nomination deadline, the selection committee will do a complete analysis of each team nominated to see which new team will be added. The four main criteria that the committee will be analyzing is the number of participation opportunities that the new team would add for women, the amount of philanthropic support for start-up and ongoing costs, the competitive opportunity at UC Davis for the new women’s team, and how the new team would fit within or complement the current existing conference affiliations. Blue mentioned that many different facets will be taken into account when choosing this new team, and it is not solely dependant on factors such as making sure the new sport is an official NCAA sport.

At the forum were current UC Davis students and faculty, as well as alumni, such as Sarah Puddicombe, formerly Sarah Whipple. Puddicombe attended UC Davis from 1999 to 2002, and was a coxswain with the UC Davis women’s rowing team. Overall, she was glad that the forum was held.

“It is exciting. The process is exciting. I loved the forum in terms of transparency and keeping it specific while keeping everyone informed,” Puddicombe said. “I like that they [athletics] took the step to include the community and to open it up to the public.”

“We are still in the data gathering stage,” Blue said. “We are looking forward to moving forward and our intent is to continue to describe the decision making process to the public.”