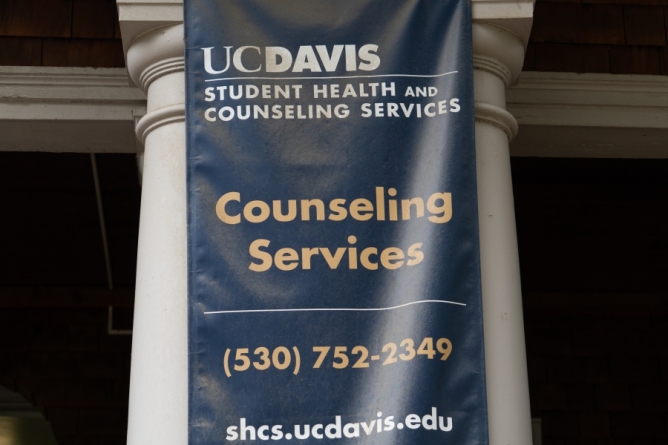 Paul Kim, the previous interim director of UC Davis Counseling Services, has been hired as its permanent director. His hiring comes on the heels of the controversial firing of former SHCS Director Sarah Hahn in Feb. 2018. He had been in this interim role since July 2018.

“Dr. Kim is a passionate advocate for students, a thoughtful and trusted leader and an enthusiastic colleague to campus and community partners,” said Margaret Walter, the executive director of Student Health and Counseling Services, to UC Davis News and Media Relations.

Milly Judd, the director of the Mental Health Initiative at UC Davis, however, has expressed concern about UC Davis’s decision to hire Kim instead of Ruben Valencia, the current chief of mental health at California State Prison, Sacramento.

“To be honest, I’m pretty disappointed in the decision to hire Paul Kim as the new Director of Counseling Services,” Judd said via email. “In my and many other students’ opinions, Ruben Valencia was a far better choice. In fact, we were worried that Paul Kim might be chosen mostly based on his previous ties to UC Office of the President, so the night before the final decision was made, a number of mental health organizations on UCD campus wrote letters as to why Valencia was a better choice.”

Judd, who said she participated in interviews and luncheons with both candidates, referred to Kim’s ideas and responses as “surface-level” and “short-sighted.”

A graduate of St. Mary’s College of California and UC Berkeley, Kim came to work at UC Davis in 2009. He helped establish the Community Advising Network and, in tandem with the Cross Cultural Center and the Asian American Studies Department, worked to increase minority student access to mental health care at the university. In 2014, he began working as the director of Multicultural Services within the counseling unit and became interim director of SHCS in July 2018.

Kim’s interest in mental health care was sparked after he created an academic retention center for Asian-Pacific Islander students as an undergraduate. Through this work, Kim became aware of the degree to which mental health issues can adversely impact students’ academic performance.

“In that role, I worked with students who were on academic probation or subject to dismissal and I realized that many of the students were having academic difficulties due to mental health concerns,” Kim said via email. “I was referring many students to the Counseling Center and I wanted to be in a position to help those students with their mental health concerns so that they could be academically successful.”

At UC Davis, Kim has had a positive experience, referring to Counseling Services staff as “diverse” and “exceptional.” In the future, he hopes to “improve access [to services], [continue] to work on [our] cultural competency, [strengthen our] relationships with students and the campus, and [develop and implement] a strategic plan.”

Kim also addressed the most pressing mental health issues that college students face today, noting an increase in the demand for these types of support services on university campuses. As Kim noted, according to the American College Health Association-National College Health Assessment II, administered at UC Davis in 2017, the primary difficulties that students experience include anxiety, sleep problems and stress.

“As the demand for services increases at UC Davis, it should be noted that some of this increase may be due to the important work that we have done around stigma reduction and having multiple points of entry through the Community Advising Network (CAN), our counselors embedded with our academic partners, and our counselors in the Behavioral Health and Psychiatry,” Kim said.