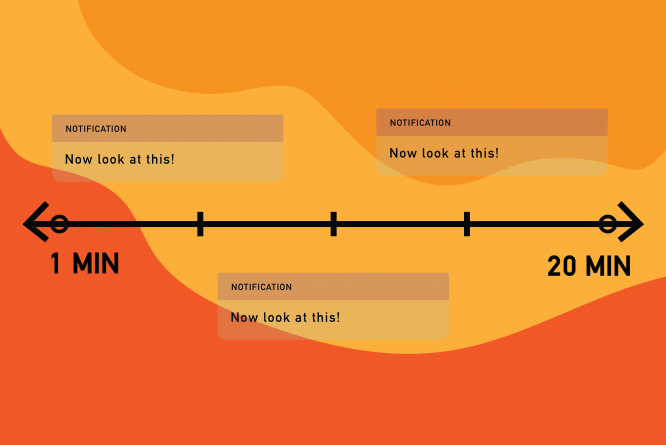 Algorithms have taken over and they may never give it back

Our social media feeds are no longer an indicator of a ‘natural’ social media experience. The feeds and timelines that are put in front of our faces are algorithmically constructed by the elite in silicon valley.

Of course, social media was never a reflection of anything natural, at least in the traditional sense of the word. Natural is subjective. The city may be natural to some, the countryside to others.

To me, “natural” social media feed looks like it did back in the beginning of our current social platforms. Far fewer algorithms to determine what I see, no overwhelming amount of advertisements, just a stripped down version of what we have now — where what we see is left up to how we want to see it.

Just last week, the UK’s advisory body on artificial intelligence ethics recommended that new regulations be passed to control the algorithms that dictate what content appears on our feeds. This could affect our feeds in the same way that the General Data Protection Regulation swarmed our inboxes with updated terms and agreements and spurred similar laws like the CCPA because of legislation passed by the European Union. This is something the U.S. desperately needs as major tech companies orchestrate our online behavior to keep us in addiction loops and manipulate how we think.

Recent studies have found that social media algorithms reinforce gender biases, race biases and polarization. Of course, we only see the outcomes of these algorithms because how they actually function is hidden behind nondisclosure agreements and trade secrets. How are we expected to overcome these biases when they’re now ingrained into the algorithms that drive our experiences?

There’s so much talk of cutting through the “noise” of social media, but noise is all that social media is.

Recently, at the hacking conference Shmoocon, a group of teenagers devised a way to cut through all of this noise by using group accounts to flood Instagram with data that the platform could not possibly use. By creating a network of users all with different devices and locations, users can create a massive amalgamation of data that social media platforms couldn’t possibly use to isolate and target individuals.

Social media is no longer social and it hasn’t been for a long time. Gone are the days when Instagram’s feed let us see a chronological timeline of what our friends were up to; instead the first photo on our feed is the oldest post we have yet to scroll to. Social media used to be a place where the world seemed small but we were still engaged; now it’s a minefield of advertisements and curated content that extracts our personal data.

There is very real nostalgia for the good old days of social media. It was a place where we stored memories, made new friends, furthered our relationships and didn’t have to deal with the pressure or stigmas of posting that we do today. It was an online place where I actually wanted to be.

Now it seems like the only things I see in my feed anymore are people I don’t know, brands that I don’t follow and tabs about which I don’t even care. The amount of noise and information that Instagram, Facebook and Twitter will put on our feeds to keep us hooked and coming back for more are overwhelming. We couldn’t possibly see everything we wanted to, even if we tried. The noise is never ending –– incapable of being quieted.

More than anything, Instagram, Twitter and Snapchat have become places where we just directly message each other or small groups. The social scope of social media has shrunk as a result of the forced algorithmic feeds we face. These platforms have become a “digital campfire” where users can escape the incessant presence of brands, influencers and advertisements that flood social feeds. These spaces have been created outside of the original attraction of social media, just to get away from it all.

We need to take back control of our feeds — without that agency, we’re just mindless scrollers who like, retweet and comment on whatever pleases us. You can read the books you want and see the movies you want, so why can’t you also see the media you want on your timeline?