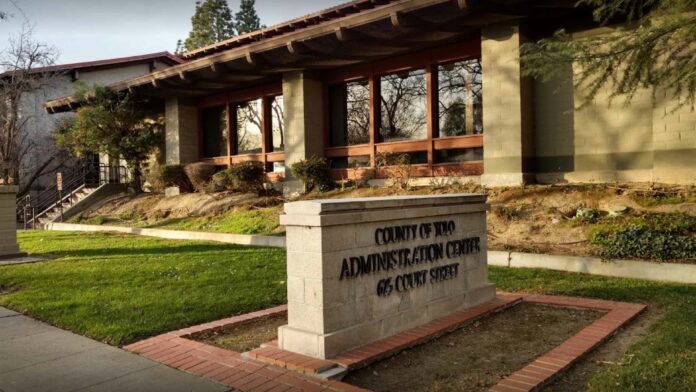 With former youth detainees transferred or released, the county weighs future use of Juvenile Detention Facility

The Yolo Board of Supervisors met on Jan. 28 to discuss the official end of its contract with the federal Office of Refugee Resettlement (ORR) to house unaccompanied refugee minors in the county’s Juvenile Detention Facility (JDF). The future of the facility itself remains uncertain, and the county will decide over the next two years how to repurpose the space.

The board decided not to renew the decade-long contract with the federal government in a meeting on Oct. 8, 2019. Under the terms of the contract, the JDF housed unaccompanied refugees who the office identified as being “a danger to themselves or to the community,” according to a 2019 review by the DOJ. In the October meeting, Yolo Chief Probation Officer Dan Freinrecht argued that the juvenile detention center was ill-suited for these youth detainees, many of whom reportedly suffered from significant trauma and mental health issues.

“The last few years, we’ve seen a significant increase of youth suffering from severe mental health issues that have been severely traumatized,” Freinrecht said. “They are assaultive, and I don’t know if we are the ideal place for them.”

During the October meeting, however, a few immigration activists expressed anxiety about where detainees of the ORR program would be transferred to after the program closed. The Yolo ORR program was one of only two facilities of its kind in the country. The other, the Shenandoah Valley Justice Center, is in Virginia. Alison Pease, an 11-year volunteer at the JDF, also voiced this concern during public comments.

“I do want to say […] none of us like seeing the children incarcerated,” Pease said. “I do feel that ORR is a difficult partner. But I think that, by washing our hands of this, we’re leaving those children. We’re not offering them anything better than this incarceration here.”

“I’m standing before you today — happy to announce — that all youth in custody since that time were released to a less-restrictive setting,” Freinrecht said.

According to a staff report provided to the board, seven of the detainees were transferred to “staff-secure placement” — group homes with relatively high levels of security and mental health services. Three were transferred to a residential treatment center. Three other detainees aged out of the ORR, two of whom were released to family members and one who elected to repatriate to his home country. One detainee was released into the custody of his brother, according to the report.

The closure of the ORR program leaves the JDF facilities’ future somewhat uncertain. According to staff report, the 90-bed facility has seen less use in recent years due to declining rates of juvenile incarceration, both in Yolo County and California on the whole.

“In the past decade, probation departments throughout California have focused on rehabilitation efforts aimed at keeping youth out of juvenile halls,” the report reads. “These successful efforts have led to a drastically lower youthful offender population and an increase in the number of vacant beds in juvenile facilities statewide (over 5,000 in 2018).”

Since November, part of the JDF has been used to accommodate adult offender bookings, according to the staff report. The Sheriff Office and Probation recommended converting additional space in the JDF to temporary housing for adult detainees while the county constructs a new jail, according to Frenirecht. Part of the space will continue to be used to house a limited number of local youth detainees as well.

Discussion on more permanent use for the JDF will be on-going for the next two years, according to the staff report, and will include further research on the county’s need for youth and general criminal justice detention facilities.

The board members closed out their January meeting by praising the Sheriff’s office efforts in placing youth detainees of the ORR program in less restrictive settings.

“The board remained committed to that recommendation that came directly from the podium,” said Gary Sandy, the supervisor of Woodland. “To see that through was really an amazing thing to witness — it shows us good things can be done here.”