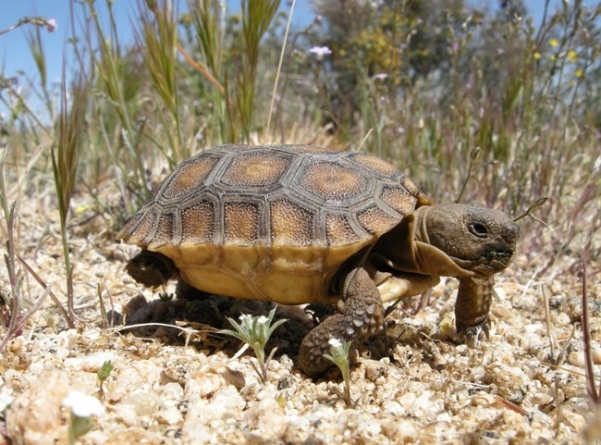 In a small corner of California, the Biden administration’s climate policies and promise to protect public lands are about to be tested

Two universally accepted principles of our country’s plan to fight climate change are the development of renewable energy and protection of open wilderness across the nation. California is a great example of this since it has more national parks than any other state and laws mandating that it gets the majority of its energy from renewable sources by 2030. With a hefty goal like this, sacrifices are going to have to be made, but what happens when these two ideas come into conflict?

Just before leaving office, the Trump administration opened up millions of acres of federally protected desert in Southern California to the development of solar panels and wind turbines, putting President Joe Biden in an unusual spot. Although many government officials and solar companies argue that this plan is necessary and part of a larger picture that will allow the entire country to transition away from fossil fuels, conservation groups like Defenders of Wildlife are less convinced.

“This ill-conceived proposal throws a monkey wrench into the efforts of a diverse group of supporters and will cause a strong backlash from the military, local government, business industries, tribes, conservationists and recreationists,” said Pamela Flick, California program director with Directors of Wildlife. “The state of California has already commented that this proposal should be set aside.”

The original plan, which took more than half a decade, was proposed by former Gov. Arnold Schwarzenegger and finalized by the Obama administration. The first agreement opened up 400,000 acres of land for renewable energy, but the Trump administration’s proposed amendment opens up more than 2 million acres of additional land to renewable energy. These significant changes would remove protections from large areas of desert, including several areas that house rare earth metals and lithium. Conservationists argue that the new amendment would open up easily exploitable loopholes that the original agreement prevented, while others believe that it is a fair compromise between public land protection and a green transition.

“Environmental groups raised the alarm when the Trump administration made an 11th-hour attempt to dismantle the Desert Renewable Energy Conservation Plan, known as DRECP,” said Cecilia V. Estolano, chief executive of Better World Group, in a letter to the editor in the LA Times. “The plan was crafted through years of compromise and public engagement. It protects essential habitat while making room for solar and wind-powered energy.”

In the face of countless more wildfire seasons like the past few years, developing renewable energy is at the front of most Californians’ minds. With increasing public support, Gov. Gavin Newsom and the federal government are trying to find a reasonable compromise—but this is not it. Opening up federal lands to private industry has never been a good idea, especially considering the mismanagement we’ve specifically seen in California for other projects by the Bureau of Land Management (BLM), like the misguided attempts to raise the Shasta Dam.

When the original deal was struck at the end of the Obama administration, it was a precarious compromise that allowed for limited development to satisfy practical needs while still protecting the exact thing that makes this state golden. California’s public lands are an essential part of the fabric of this state and needed reprieves from an increasingly populated urban state. The landscape is home to thousands of species, including California’s state reptile: the desert tortoise. Once abundant across their range, the desert tortoise is listed as threatened under the Endangered Species Act, and the new plan would open up many areas that are critical to their survival as a species to development of renewable energies.

The public consensus is that the continual attacks on public lands by the federal government will end with the Biden administration, but I’ll believe it when I see it. The Biden administration could fix this issue with an announcement alone, but will they? Giving away millions of acres of public land to potential development, regardless of what the industry is, makes no sense.

For now, there actually is something you can do. The public comment period for this proposal goes until the end of April 24, so it is still very possible to have a direct impact on the decision-making behind this process. You can write to the BLM at their California State Office or online to express your concerns or support of the plan.