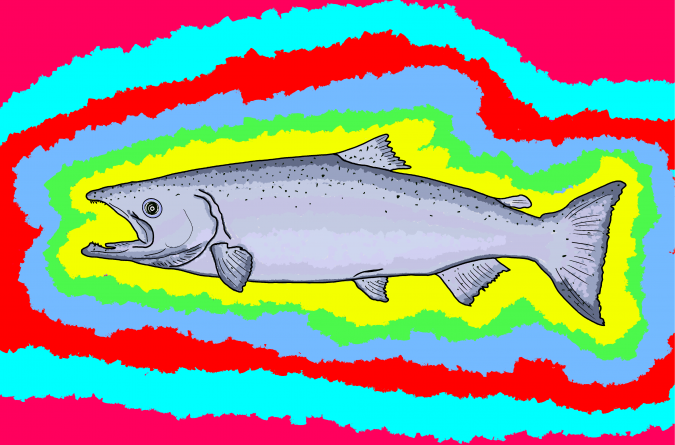 The Bureau of Reclamation has tried to push through a proposal to raise the Shasta Dam many times over the past decade, despite its environmental and cultural implications

The Bureau of Reclamation has once again proposed raising Shasta Dam, which is already the largest reservoir in California, after several proposals in the past decade. Each time, it has faced fierce public opposition from state government, environmentalists, locals and Native Americans. The Bureau of Reclamation claims that the project would significantly increase the water storage capacity of the dam. It would also improve the reliability of the water reserve from the dam for agriculture and debatably increase chances of survival for many native fish through better temperature control at a cost of $1.4 billion. Besides being exorbitantly expensive, this proposal also has a laundry list of problems which likely contributed to the Westlands Water District backing out of the project after the Supreme Court of California ruled that their involvement was illegal.

This proposal is blatantly illegal under both federal and state laws. Under the Wild and Scenic Rivers Act of 1972, the McCloud River is protected from any project that could potentially flood protected areas. Additionally, it does not have the proper permits in accordance with the Clean Water Act and violates the Endangered Species Act.

Additionally, there are several obvious environmental repercussions of this proposal. The Bureau of Reclamation fails to mention in their EIS what the seismic risk of raising the dam is, which is built near a fault line. In fact, the Bureau didn’t even finish its latest dam safety evaluation last year.

“My tribe was displaced, we were homeless,” Chief Caleen Sisk said during a scoping meeting for the project in 2018. “We lost our land, we lost our salmon. We lost so many things under that 26 miles under Shasta Lake. There is a little bit that’s still accessible to us, these sacred sites that we use right now. The Winnemem people have nowhere else to go to become Winnemem people. We can’t move to Hupa to become Winnemems. We have to have that river, and there’s so little of it left.”

The government is intentionally perpetuating the cultural extermination of the Winnemem people. For what exactly? A 13% increase in the dam’s capacity, and that’s just in years where it actually fills. This hypothetical extra water also wouldn’t benefit locals; it would instead go towards several water-rich districts in the Fresno area. The bottom line is that this plan was and will always be a bad idea. It doesn’t matter how hard the Trump Administration tries to push this through.

This issue is a microcosm of the Trump Administration’s blatant disregard for the most fundamental environmental laws and insistence on perpetuating archaic industries. The year isn’t 1920, it’s 2020. The era of big dams is over. There are more effective ways to address California’s water crisis that wouldn’t be such a blatant attack on our cultural and natural resources. The proposal’s $1.3 billion budget could be better put to work by investing in river restoration and other restorative water projects to increase natural aquifer recharge and storage.

So what can you do to help? There are several organizations that are rallying against the proposal, including the Hydropower Reform Coalition and Caltrout. There is a petition organized by Save the California Salmon. California Trout has a letter writing campaign which you can participate in. Finally, there is a sample letter to your local senators which you can use on the California Wilderness Coalition’s website here. The government can’t just pick and choose which laws it follows, and it’s our responsibility to hold them accountable. Administrations come and go, but California’s rivers are forever, and personally, I like rivers a lot more than politics.