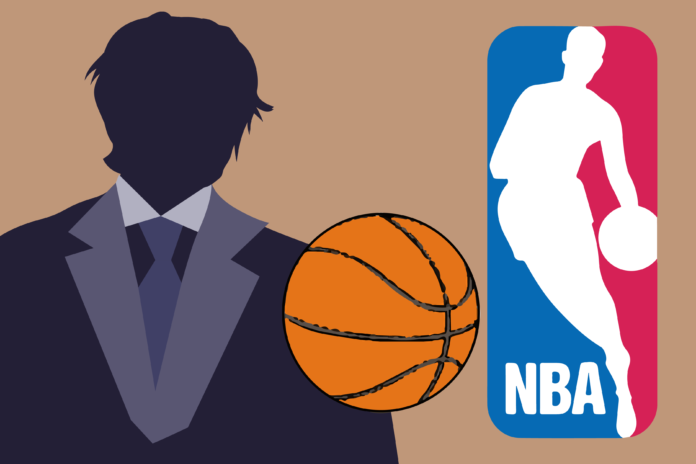 National Basketball Association (NBA) agent and founder of Klutch Sports Group agency Rich Paul’s rise through the ranks is a story that is unlike many others. He went from selling vintage jerseys from the trunk of his car to having one of the biggest agencies not only in basketball, but across many different sports. After befriending Los Angeles Lakers superstar LeBron James in a chance meeting at the airport almost 20 years ago, his relationship only grew from there, and he has managed to build an empire.

His story is more of what you’d see in a movie, but despite his story-like rise, his influence, voice and power in the NBA now has some wondering whether it is affecting the game negatively.

Since the start of Klutch Sports nine years ago, Paul has represented some of the greatest players in the NBA like James, Anthony Davis, Trae Young and many others. He is now one of the major competitors of Creative Artists Agency (CAA), and his name has stayed in the headlines over recent seasons. The main thing that started to put Paul’s name in the headlines was when then-New Orleans Pelicans all-star Anthony Davis requested a trade in 2019. After Davis signed with the agency in 2018, his unrest with the Pelicans eventually led to his request. This differed from prior requests, as Paul told ESPN’s Adrian Wojnarowski.

“Anthony wants to be traded to a team that allows him a chance to win consistently and compete for a championship,” Paul said. “Anthony wanted to be honest and clear with his intentions and that’s the reason for informing them of this decision now. That’s in the best interests of both Anthony’s and the organization’s future.”

While this may seem like a normal request, Davis was fined $50,000 by the league and his list of teams also raised some eyebrows. Placing the Lakers at the top of his destination list, the Klutch connection and close friendship of LeBron and Paul had some thinking there was some sort of collusion between both sides and the best interests were not at the front of the agency’s mind.

“We cannot have players and agents colluding to stack super teams,” NBA Hall of Famer Charles Barkley said. “We can’t have players dictating who is going to play together. Guys are sharing agents and stacking teams. That ain’t right.”

Davis eventually got his wish and landed in LA, winning his first championship in his first season. But many were left with a sour taste in their mouth, wondering if Paul’s connection with James was much more than just agent-to-player relationship.

Fast forward to the present day, people’s questions have been raised even more. In early September, NBA player and former Klutch member Nerlens Noel filed a lawsuit against the agency, claiming losses of over $58 million were due to Paul and his agency’s failure to let Noel know of team’s interests. Among many other things, the lawsuit claims that Noel was convinced by Paul to turn down a $72 million contract from the Dallas Mavericks in 2017, leave his agent and join Paul at Klutch. He did that and took a $4.2 million offer instead to try and bet on himself for a bigger payday.

The payday never came. While if true Paul could have violated some NBA rules, this is not the first time something like this has happened. Players Victor Oladipo and Robert Covington have undergone similar situations in the past and it worked out the same. The truth is, these situations are a risk and when some player’s decide to roll the dice, it could come out empty.

“The truth is Nerlens is not innocent in this,” an agent told Bleacher Report. “If you’re silly enough to turn down that kind of money, that’s not on Rich.”

The accusations of collusion are not new, and other agents have anonymously felt the same. Whether validated or not, many do not like the connection between Paul and his superstar companion — even going as far as saying Paul is not the one in charge of his agency.

“The worst thing that LeBron is doing is forcing this power with Rich Paul and what that is, in terms of, he’s a player, but he has prowess in the media space,” an anonymous NBA agent told Ben Standig and Mike Vorkunov of The Athletic. “But now that they’ve jumped into the agent game, which the reality is, it’s illegal for a player, particularly if you’re in the state of California, to be licensed to represent talent.”

Accusations may be coming from an emotional standpoint, not a logical one. The fact of the matter is that NBA superagents have long been a staple of the league. Back when Michael Jordan was winning championships, his agent David Falk held similar power to the one Paul has now. Even then, Falk may have had even more of a stranglehold on the league — with some even saying he was the second most powerful man in basketball behind the commissioner. He facilitated moves of many superstar players at the time and also got similar hate and dislike from others around the league — just like Paul.

Superagents are not anything new and not just in the NBA. Looking around at every major league, there are people that are the same. The difference between them and Rich Paul, however, is Paul’s connection. Because of his link to LeBron James, there comes this extra attention. While agents are usually in the dark and not known, the casual NBA fan has heard about Rich Paul — and that is due to his link to the superstar.

To put it simply, whenever there is something that has a connection to LeBron James, it is going to be blown up.

“I heard what Charles [Barkley] said about Klutch and you want to root for him and make Klutch into the ‘bad guy’ but, come on, you know this has been happening in the NBA for decades now,” one general manager told Heavy. “This isn’t new. They were very, very clumsy about the Davis trade, it all looked bad. But that was just bad optics. It was nothing new. It is a story that has happened 1,000 times and will happen 1,000 more. But it was LeBron, it was the Lakers, so it got blown up.”

The player empowerment movement has been felt the most in basketball and over the years, the NBA teams and executives have tried to do things to limit that. However, it might be something that is here to stay.

Whether it’s the current Ben Simmons saga ongoing this offseason or the countless other examples that arise every year, it’s just the current reality of sports. There is no evidence of “collusion” and it seems as though these claims are baseless and not facts. NBA agents having power is not anything new — nor will it ever be.

The current reality of the game is one of newfound power and taking control of their own careers. Besides, at the end of the day agents work for their clients — not the other way around.
Written by: Omar Navarro — sports@theaggie.org