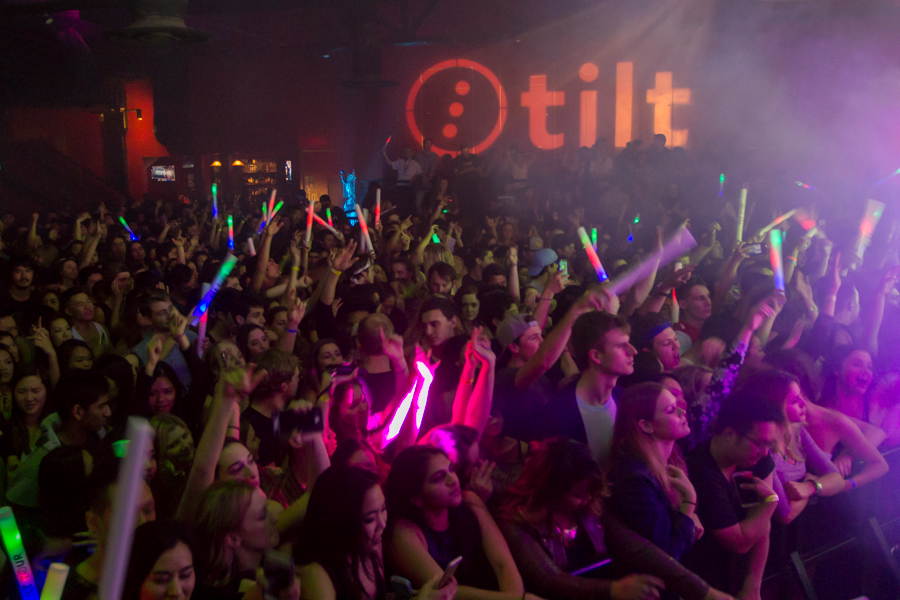 UC Davis students unwind from responsibilities such as classes, extracurriculars and other routine activities through many platforms. However, one of the more popular ways lies in looking forward to and attending concerts, a method that currently fills Facebook with a multitude of pages all titled something along the lines of “Bring ‘Blank’ to Davis.”

To satiate this concert craze, students have discovered unconventional ways to bring artists to campus. Tilt, an app where users collect money and donations to put towards an event, is one of these methods. Recently, Tilt was used to coordinate The Chainsmokers concert in Sacramento.

“Tilt is the easiest way to collect money for free,” said Isabella Kashefi, Tilt ambassador and second-year communication major. “Everyone contributes, and no one gets charged until [the event] actually gets tilted, which means it reaches the final [amount needed for the event to happen]. [The Chainsmokers] said that the first eight schools in the U.S. to tilt 800 tickets would get [a concert].”

The Chainsmokers concert in February was inspired by a similar concert that took place at San Diego State University, after a student Tilt ambassador brought G-Eazy to San Diego.

According to Tilt Head of Partnerships Grace Lee, on the average music tour, Sacramento and Davis aren’t usually stops on the map. In this way, Tilt provides students with a way to bring these artists to places that they might not normally tour.

“With different technologies and platforms like Tilt, you’re allowed to put the fans in the driving seat,” Lee said.

According to Lee, the movement is especially enticing to students because of the self-empowerment it involves, as students themselves singlehandedly bring these artists to campus.

“This movement that we’re seeing — students banding together to create something — it is truly something magical,” Lee said. “Every person that walks through that door [of the concert] walks in thinking, ‘We made this happen.’”

While concerts through Tilt are a relatively new phenomenon, on-campus concerts are not. EC hosts two concerts for students every year, usually in spring quarter.

“On the back of our EC shirts, we have the names of all the artists that have been to UC Davis,” Lim said. “People usually notice big names like Drake and Kendrick Lamar, but […] we’ve also had [artists like] Passion Pit, so there’s definitely indie performers [as well as performers of] all genres.”

To make these concerts happen, EC must go through the process of bringing an artist to UC Davis. After drafting a list of artists, EC sends the list to ASUCD for approval.

“Once we get approval, we send offers to the artist, [and] if they choose to accept, we exchange contacts and the school works out policies,” said Megan Meza, EC director and fourth-year communication and psychology double major. “After that, it comes down to organizing production, […] sound, lighting [and the] venue. When all of those details are finalized, we deal with marketing and promoting the show.”

According to Meza, last year, EC hosted artists Giraffage and Slow Magic, both of whom performed on the Memorial Union Quad. EC also partnered with the company Goldenvoice to put on the artist Flume in the Activities and Recreation Center (ARC) Pavilion.

“[This year], we will be doing two shows in the spring, [including] Lawntopia in May,” Meza said. “It’ll be open for all students. We’re going to try to make it a little bigger this year. We’re looking to make it more of an event, an experience rather than just a concert.”

Location, cost and available resources all play a factor in bringing a big-name artist to campus. Since many artists tend to skip over the Sacramento area when touring, this leaves UC Davis with fewer opportunities when it comes to concerts, compared to other UC schools.

“L.A. is such a big performing arts hub,” Lim said. “If someone’s performing in L.A., it’s not that much more out of the way to go to UCSB or UCSD.”

Another issue that EC faces in planning for concerts is the cost of hosting shows for popular artists. Since EC is funded by ASUCD, it can only plan concerts that fit within its budget.

“UCSD and UCSB get a lot of big names […] more frequently,” Lim said. “I think it’s because they get more funding, and it’s hard to entice a big name artist to come to your school if you can’t pay them well.”

Aside from free shows on the Quad, the only current accessible places to host an artist are the ARC Pavilion, which holds 5,000 people, and the ARC Ballroom, which holds 400 people. Freeborn, which holds a happy medium of 1,000 people, is currently under construction.

“We don’t have the most available venue options,” Meza said. “When Freeborn is to open up again, that will allow for more partnerships […] with promoters.”

Regardless of the medium through which concerts are brought to UC Davis, both Tilt representatives and EC seem to agree that music is a sensation that inspires unity in students.