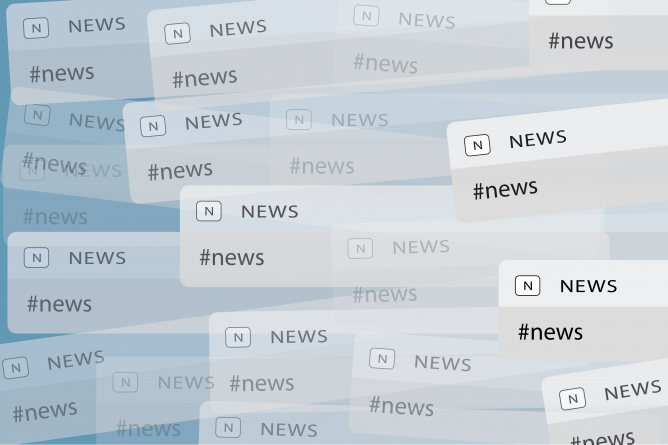 It’s here: Your first self-reported #news article, 100% free of journalistic bias. When we make promises, We Deliver, just like the US Postal Service. So from now on, the journalists will be cut out of the equation, and their inherent bias toward wanting to actually inform you will be forever stymied, like a rugged American individual charging noggin first into a wicked web of bureaucratic red tape. We know we said the tweets wouldn’t be organized in any particular way, but we ran the thousands of tweets through a neural network computer program to pair related posts together in sequence. Baby steps. But don’t worry, real journalists had nothing to do with this. At least we incorporated some Insta stories into this #news report for variety! We’ll be expanding to all social media platforms soon. Now, as an influential social media influencer once said, just moments before millions of people spontaneously became measurably dumber, “Social media makes you smarter.” #news

Probably deserved it haha plus the new vegan thrift shop already closed and theirs liberla tears #news#macklemore. I pre-ferd animal crackers anyway! #news. But what about the sugar in the wrap? If that’s a wrap then it’s a wrap! Game over #news#esports. THat’s not sports. It tis a game. Wear you sacrifice ur life to spend it in front of a tv. Just like jesus at the coho #news. But Judas betrayed him by not voting YES on the fee referendum #news#judaspriest

#easybiblical. And one of the two was communist, like Bernie LOL #news#maga.

George Zimmerman is suing Mayor Pete and Pochahontas for defamation to get money #news that’s actually #news and he’s such a races but at least he likes guns! #news #theblues. He’s from a man from Florida man, but guilty. Enter Florida man and your birthday and you’ll get funny Florida man stories haha like a news article in the news #news #stainformed. Mine says “88-year-old Florida man sets raccoon on fire for eating his mangoes” #news. Was the racoon using a spoon at least? #news.

Waddup, I’m ridin’ shotgun in the Subaru with my bruh Tucker here whose driving with apples glued to both his hands for the #applechallenge and we’re tryna get our video on the local new tonight so once we hit 69 he’s gonna turn upside down, put his feet on wheel and try to break all the spoons that are jammed underneath the brake so we don’t crash LOL #applechallenge #spoonchalenge#instajam#news.