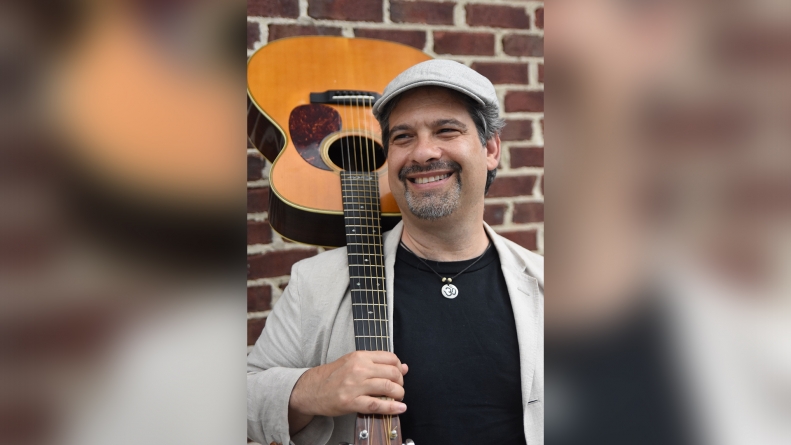 The meaning of live performance: Nachmanoff talks about how his career as a musician has been impacted, shares personal opinions on live-streaming

UC Davis alumnus Dave Nachmanoff is a folk singer-songwriter who primarily collaborates with British singer-songwriter Al Stewart, but has performed alongside a range of other musical artists in many settings over the years, including Alison Krauss, Steve Forbert and the band Firefall. His tours have been put on hold or canceled altogether due to the virus, and the live performance aspect of his music is currently nonexistent.

Nachmanoff has considered joining in on the prevalent wave of livestreams among other artists, but as someone who “loves playing up close and personal with people,” he grapples with the idea.

“I do a lot of house concerts normally, and to me, the idea of playing in front of a camera or a phone camera or something with nobody there, not seeing their faces and not having that kind of energy that you’d get in the room from people being there just seems so different and doesn’t really appeal to me very much,” Nachmanoff said. “I know a lot of musicians are livestreaming, and certainly if I didn’t have the studio and I didn’t have this other work that I could be doing, I’d probably be scrambling to get the livestream thing going.”

Nachmanoff currently works from his home studio, where he writes custom songs upon request and collaborates with musical artists online. He uses tracks that get sent back and forth so each artist can add their own recorded material.

“I realize that I’m extremely fortunate because I do have the studio and I already have been doing this kind of work before,” Nachmanoff said. “It just wasn’t the only thing I was doing, so that’s sort of the big change.”

He admitted that the stress he feels due to the outbreak could be contributing to the difficulty he faces in performing for an online audience.

“I feel badly that I’m not livestreaming, simply because I feel like for the people that do like my music […], some of them might enjoy getting the chance to hear it,” he said. “But I just haven’t been able to really get myself kind of psyched up to do it, and I think it’s partly just that this whole crisis has been so disturbing and devastating that I just don’t feel like getting in front of a camera.”

Although Nachmanoff is not currently performing in front of a live audience, he said he enjoys “helping people with their songs” and producing for others.

“Because I have the studio work that I’m doing, I’m so grateful and happy that I actually have work to do, so at the moment that’s really what’s energizing me [and] keeping me going,” he said. “It’s not the same as the touring work I do, but it’s another side of my music and something that I do enjoy working on.”

Nachmanoff suffered from a hematoma on his vocal cord in 2018, which both rendered him voiceless for a period of about six months and prevented him from recording. During this time, he used a text box on his computer to communicate with his clients.

“I didn’t realize until I had this vocal injury how much I depended on my voice, because almost all the work that I did involved either singing or talking or both,” Nachmanoff said. “I learned that even though it was difficult, because I play a lot of instruments and have a studio, if I can find different ways of working.”

That year, clients came to record with him.

‘I would literally use a text box on my screen, on my computer, and type instructions to them instead of talking to them,” he said.

This period of using text to communicate helped him prepare for the changes in communication caused by COVID-19.

“Obviously, with the remote clients, I can just send emails back and forth and talk about the music and what we’re doing and everything,” Nachmanoff said. “2018 was kind of helpful in a strange way. Even though it was really hard, it sort of proved to me that I could manage without my voice, at least for a while. And it also sort of showed me that I can manage without touring if I have to.”

The musician looks forward to the day he’ll be able to engage with a physical audience again, but he recognizes the potential he has for creating music within his home.

“I love to perform, and I love performing for real people in a room, and hopefully some day that’ll happen again,” Nachmanoff said. “But I know that even without that, I can still be making music and doing what I do.”