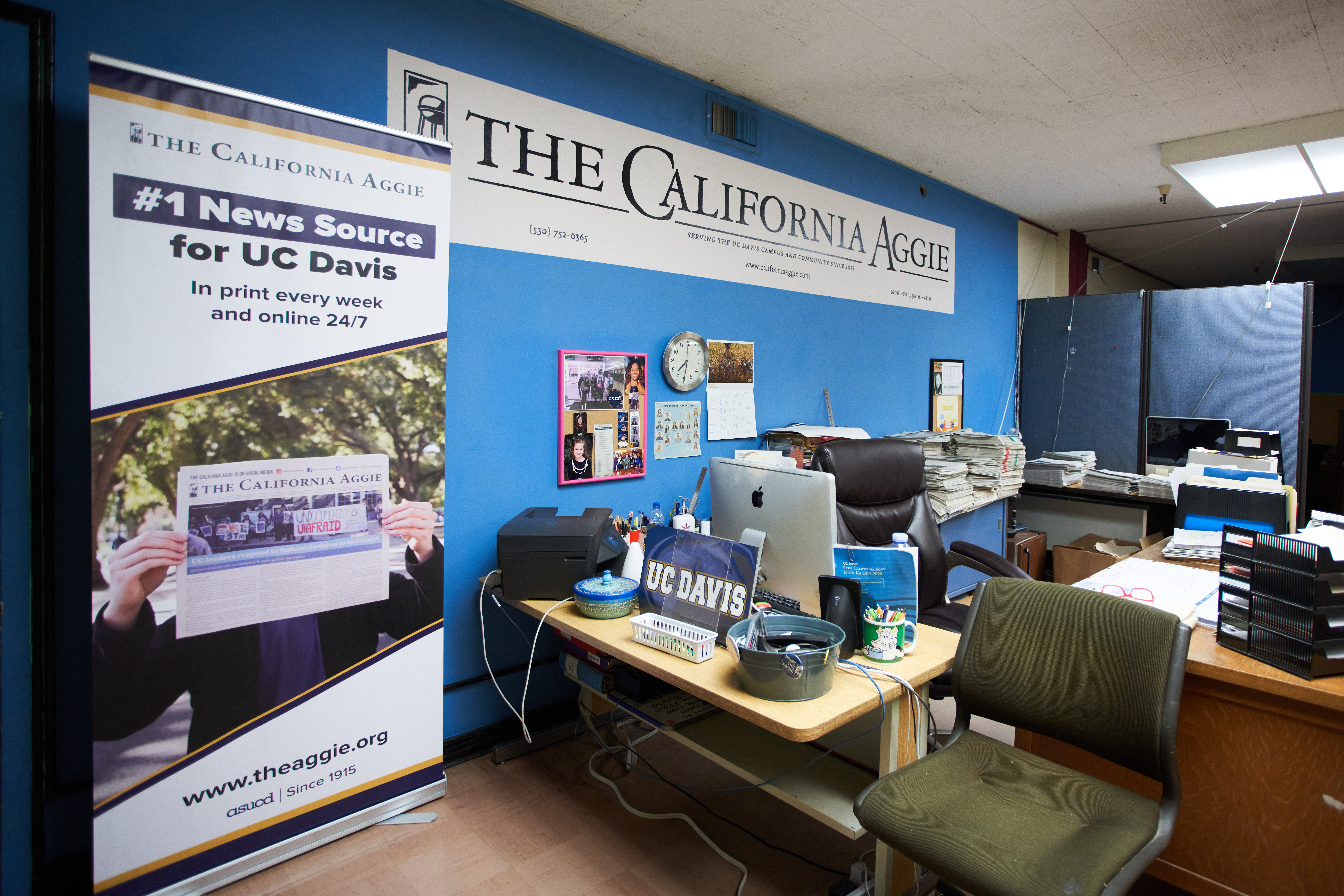 The California Aggie won best ASUCD unit this year, capturing 34.7% of the student vote. It first launched as The Weekly Agricola in 1915 as a student-run newspaper serving the UC Davis community. The Weekly Agricola published weekly issues focusing on campus news as well as agricultural topics and was renamed to be The California Aggie in 1922. Now, The California Aggie provides many distinct opportunities to students, including reporting, photography, graphic design, editing and more. It is entirely student-run and a primary source of information for UC Davis students.

“Having a good understanding of what’s going on around you is really the first step in making any educated decisions,“ Venugopal said.

Margo Rosenbaum, the managing editor of The California Aggie and a third-year communication and evolution, ecology and biodiversity double major, highlighted the importance of students learning about news from their peers rather than from UC Davis administrators. She noted that The California Aggie holds the university accountable for its actions—both good and bad.

“A lot of times, news coming from the Chancellor’s Office is going to be good news,” Rosenbaum said. “It’s going to be what they want you to hear.”

Rosenbaum said that she originally joined The California Aggie during her first year to experience editing and learning from her like-minded peers. She explained that The California Aggie is relevant not only to UC Davis students but also to the Davis community as a whole.

“The university is really at the heart of this town,” Rosenbaum said.

She encouraged students to apply to The California Aggie to gain skills such as interviewing and communicating, which can be applied to many aspects of life.

Venugopal shared a similar sentiment, explaining that writers working for The California Aggie gain skills in speaking with strangers.

“One of the things I took away was: how do you interact with people who you’ve never met and prepare for an interview,” Venugopal said.

Venugopal further explained that she learned other valuable skills with her work as the editor-in-chief including editing articles about controversial topics, putting together the annual budget, reviewing opinion pieces and meeting with The California Aggie’s Editorial Board. She encouraged people to work at The California Aggie to be involved in keeping the community informed.

“Being that source of news and allowing people to know things is really valuable,” Venugopal said.
Written by: Ellie Lee — features@theaggie.org