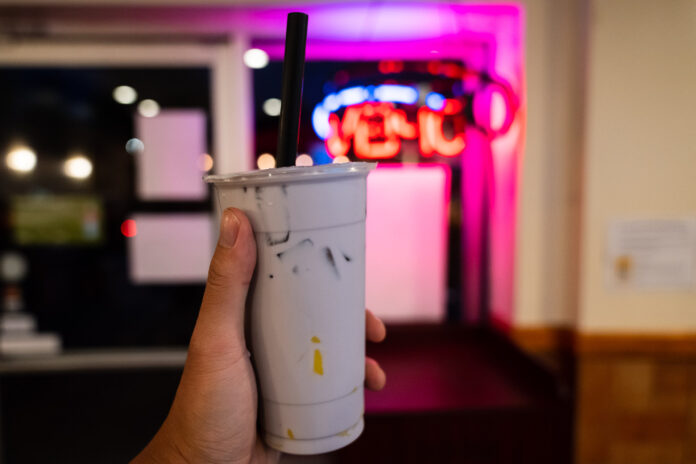 The Old Teahouse offers a hangout spot, drinks and food, with the Thai Green Milk Tea as popular favorite

The Old Teahouse has been a Davis staple for years due to its boba teas, laid-back atmosphere and convenient location near campus. This year, 31.3% of participants voted milk tea from The Old Teahouse as the best non-alcoholic drink in Davis.

“I think it’s a good place to hang out and get good food,” Kaneshiro said. “Plus, it’s been around for a while and it’s a Davis-specific small business.”

Ho noted that students visit The Old Teahouse often due to its proximity to the UC Davis campus.

“For freshmen, they usually go here first because it’s within walking distance from campus,” Ho said. “It’s where students hang out with their friends.”

Kaneshiro further emphasized the appeal of The Old Teahouse as a hangout spot, adding that she would spend time with friends there prior to the pandemic.

“I like how there’s both boba and food,” Kaneshiro said. “It’s pretty inexpensive for the quality that you’re getting too.”

Ho noted that The Old Teahouse has been in Davis since 2013. Although it has changed management a few times, the restaurant’s quality of drinks and food has remained consistent.

“If you like boba, this is the place to try,” Ho said.