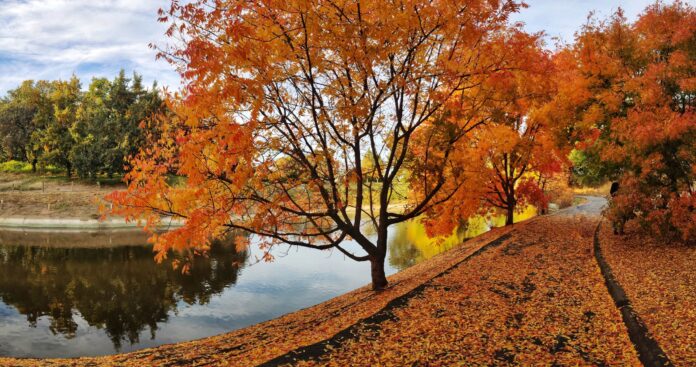 Students find the path to be scenic and relaxing, specifically noting the shade and wildlife

Ella Rosenthal, an avid bicyclist and UC Davis first-year student majoring in neurobiology, physiology and behavior, explained that a large part of the bike path’s appeal is the Arboretum itself.

“[The Arboretum bike path is] close to the Arboretum, which makes it nice because the Arboretum is beautiful and nice to be around, but it’s also kind of removed,” Rosenthal said. “Down in the middle of the Arboretum, there’s always a lot of people and animals, so biking along the bike path on the side is something I enjoy quite a bit.”

The path is too short to make for much of a workout, but there can often be interesting animals roaming about, according to Rosenthal.

“For me it’s more scenic,” Rosenthal said. “I think it’s nice to pass by all the trees; it’s not the best area for a workout—it’s shorter so it’s just nice to pass through and see everything that’s going on. I’ve seen a bunch of ducks and all the other big birds and stuff that are all around the Arboretum on the bike path.”

Annika Peterson, also an avid bicyclist and UC Davis fourth-year student double majoring in sustainable environmental design and Spanish, added that the Arboretum Bike Path is also shaded, which is a plus.

“It’s nice because it’s shaded, and especially the south side is a very smooth path and you have two way traffic,” Peterson said. “It’s really nice and peaceful to ride your bike there.  Sometimes after work, I’ll just go ahead and do the whole loop.”

Rosenthal considers the many bike paths to be one of the biggest attractions in Davis, especially since she finds biking to be an excellent way to familiarize herself with the town.

“It’s really fun to do, especially when you first move here, because you can get to know everything that’s on your bike path,” Rosenthal said. “I really like that Davis is a bike town, it’s one of the main reasons I decided to come here.” Written by: Rachel Shey — features@theaggie.org