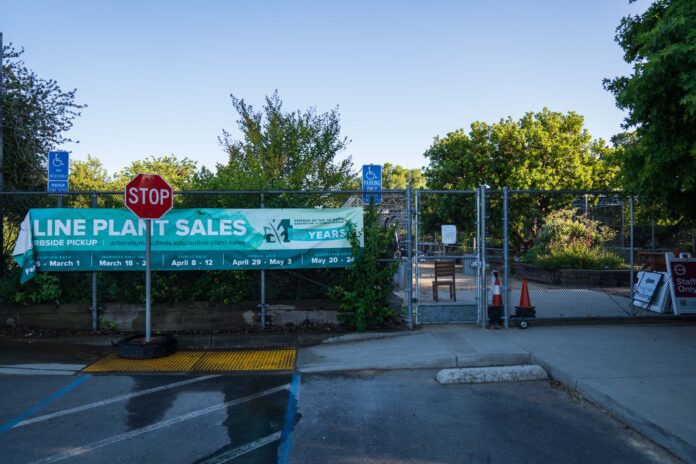 Sometimes described as “the Hufflepuff of the UCs,” it’s only fitting that UC Davis students love their plants. Particularly beloved is the UC Davis Arboretum Nursery, winning Best of Davis this year in the category: “Best place to buy plants” with 33.7% of the vote.

Taylor Lewis, the nursery manager of the UC Davis Arboretum Nursery, attributed the win in part to a wide variety of succulent inventory, which he described as “all the rage.”

Lewis elaborated on what he believes makes the Arboretum Nursery stand out among the many other places in Davis to buy plants.

“We focus on California natives, that’s really our passion,” Lewis said. “I have a lot of stuff other nurseries won’t grow, because I’m not in the money-making venture, so I can experiment a bit more.”

Michelle Huang, a second-year design and cognitive science double major, hasn’t yet gotten the chance to shop at the Arboretum nursery but loves to buy her plants locally in Davis.

“I love shopping for plants locally because it supports local businesses and the overall economy of the area I live in,” Huang said via Discord. “You will also be more likely to be offered a selection of plants that are more suited to the conditions of your area. Staff are also really knowledgeable and eager to help.”

Julie Daseking, a fourth-year human development and design double major and avid plant-lover, talked about why she thinks it’s become so popular for college students to own plants.

“I think it’s just nice to get to care for something,” Daseking said. “Especially if you’re stressed and studying, it’s nice to be able to have something that you can stop work and go and water your plant, get to see how it’s growing, and it’s just kind of encouraging to be able to nurture something. It’s also just really neat to see what they do, especially when they get a flower or a new leaf it’s like, ‘Oh my gosh, I made that happen, I took good care of it, and it’s happy!’”

In case reading about plants has overcome you with the sudden urge to become a plant-parent yourself, but you simultaneously know that you’ve killed every succulent you’ve ever had, Daseking offered some easy-to-grow suggestions for first-time plant owners.

“Pothos are the vining plants with the kind of heart-shaped leaves, and they’re great just because they’re easy to grow,” Daseking said. “The rule of thumb with those guys is give it some light, don’t stick it in the bright sunlight, and if it droops, give it some water. And that’s basically all it takes.”

And for the practical people who want their plants to serve multiple functions, she recommended growing herbs.

“Those guys do take a little bit more water, but like, they will tell you when they need their water,” Daseking said. “Things like herbs are drama queens, if you don’t water them they’ll completely flop over, and then you give them water, and twenty minutes later they’re back up and normal again.”

The Arboretum Nursery’s online plant store next reopens from May 20-24, with a special 20% off sale on the entire inventory to celebrate the last shop opening of the season. You can find out more information at https://arboretum.ucdavis.edu/online-plant-sales.
Written by: Sonora Slater — features@theaggie.org