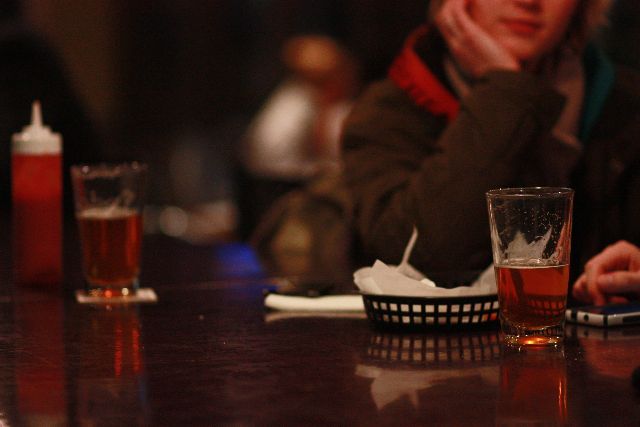 That hard-earned, after-class beer needn’t burn such a big hole in your already increasingly porous pocket. In fact, two beers at 3rd & U Café — the winner of this year’s best drink special accolade — will set you back a mere $5.25, which comes as a steal considering that the average price of a pint across the United States is $4.58.

The bar, which has been open since March 2008, has given students the chance to save money on booze for almost four years now, and the price of the special, while fluctuating somewhat, has continually steered around the $5 mark. You can either find a drinking companion (acquaintance or otherwise) to rake the cash together, or go it alone and pocket a drink voucher to redeem later.

Melissa Popnoe, employee at 3rd & U for a year, wasn’t surprised to hear that the bar had been nominated.

“You can go downtown and buy one drink, or you can come here and get two beers for the same price,” Popnoe said.

The bar’s proximity to campus, furthermore, makes it the ideal haunt for students looking to wet their whistles after a long day of lectures.

“We’re just off-campus which is such a great location. It’s awesome that we get to be this staple of student life in Davis,” Popnoe said.

“We’re here all the time because of [the special]. The fact that it’s not a happy hour deal and is offered around the clock, makes it all the more appealing,” Fasalo said.

“The selection here is great, and they serve a few beers from local microbreweries. Some places downtown might have a broader selection, but for the price you’re getting here? Not a chance,” Young said.

De Vere’s Irish Pub, where $6 will fetch you a shot-beer combo or $10 bottomless mimosas on sundays, and Our House, which offers a range of happy hour specials, came in at second and third respectively.