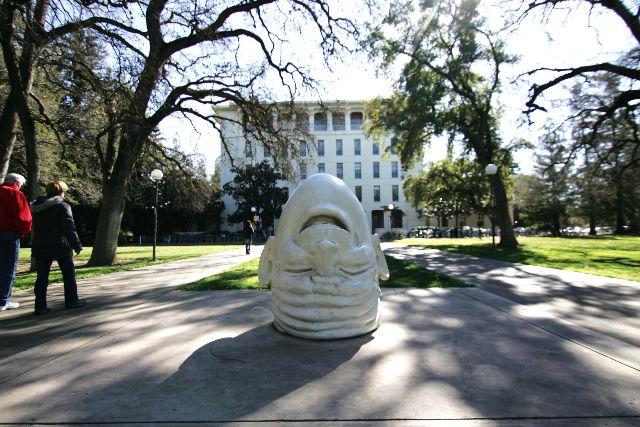 Robert Arneson’s egghead statues, which are displayed around campus, have been voted as the number-one Best Public Art feature in Davis.

In 2007, students submitted photos featuring the eggheads as part of a digital photo contest, many of which portrayed humorous poses with the eggheads and conveyed a connection of the campus community to the sculptures.

Maureen Mai, a first-year film studies major, said that she enjoys the eggheads on campus.

“I’ve seen a lot of eggheads around campus but my favorite one is in front of Mrak Hall. There is something mysterious about the eye and all of the eggheads,” Mai said.

Other popular public art enjoyed by students of UC Davis include the graffiti bridge on the way to Winters, which came in second place, and the bicycle statue on Russell Boulevard, which came in third place.