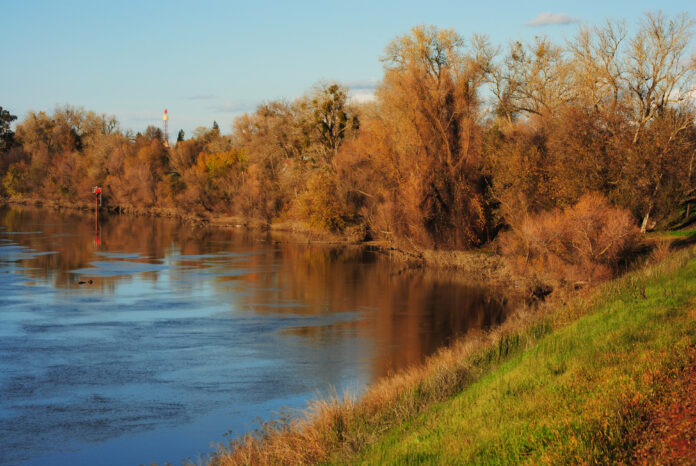 Proposal to reduce flood risk by 2016

With levee structures that were built hundreds of years ago by farmers, the infrastructure does not meet new safety standards set by the state. Sacramento Area Flood Control Agency (SAFCA) hopes to begin improvement on the levees to address problem areas that do not meet the new 200-year standard. SAFCA is proposing to start construction before the United States Army Corp of Engineers (USACE) because it may take years for the USACE to be able to make structural changes.

Eric Simmons, Federal Emergency Management Agency (FEMA) Region IX engineer, explained that to verify what changes need to be made, they look at what has happened in the past in terms of waterflow history.

“There are networks of gauges along the streams and rivers that record the history of water flow, how much water [there was] in a peak event that year, so there’s a history of that. For that particular stream, reach or river, we’d look at that gauge data, the history of that information,” Simmons said.

Simmons clarified a misconception that the general public might have concerning the 100-year flood chance. He explains that people often incorrectly believe if a flood has already occurred in the last 100 years, there will not be another flood.

“Some of us in the communication, prefer the term 1 percent annual chance flood because it better communicates that this type of major flood event can occur each year. Some people may incorrectly think that if you’ve had one major flood you’re safe for 100 years, but major floods could occur in back-to-back years or it could be many, many years between flood events,” Simmons said.

In August 2013, the USACE had withdrawn its certification for the Sacramento levees because of the levees’ failure to adhere to the new standards.

If granted permission, SAFCA will potentially spend approximately $160 million to rebuild the most crucial levee parts before the USACE. The SAFCA will later be reimbursed by the federal government.

Jay Davis, an SAFCA consultant, stated in an email that as of now, no established agreement between the SAFCA and the USACE has come about.

“In 2015 SAFCA plans to begin the process of applying for a USACE Section 408 Permit. A 408 permit would grant SAFCA permission to make levee improvements,” Davis said.

Funding for the Sacramento levee project has not been established. According to Davis, SAFCA is still refining its project design which is necessary to approximate the costs for construction. SAFCA, however, anticipates that they will receive funding through state programs such as the Urban Flood Risk Reduction Program which is administered by the California Department of Water Resources.

According to Chris Gray-Garcia, a spokesman for USACE, there are levees that come through the Sacramento River and the American River. In northern parts of Sacramento there are creeks that are also levied. The flow of water comes down the Sierras, down the American River into the city which is also controlled in part by the Folsom Dam. There is a two-part system that includes the Sacramento Weir Bypass, sometimes referred to as Sacramento’s third river. The bypass shovels water around the city, through the bypass, to bring the river level down and put less pressure on the levees. As a result, there is less concern about the water coming over the top and flooding the city.

Gray-Garcia explained how SAFCA and the USACE are both involved and emphasized that because the USACE is a federal agency, they cannot do any work unless it is authorized and funded by Congress. Both groups are involved in the project however SAFCA is in charge of doing the most critical segments first where the risk is greatest.

“The Corps of Engineers’ main role is to produce projects that reduce risk to the level, what’s considered federal interest… [SAFCA’s work] is kind of a subset of the plan. [The USACE is] making a recommendation as part of the study. Right now we’re seeking public input and then we come up with, based on that input, a final plan,” Gray-Garcia said.

According to Davis, since the USACE’s withdrawal back in 2013, the SAFCA has been evaluating collected data and planning out levee improvements to prepare for construction. During the year prior to the withdrawal, SAFCA had been at work as well.

“In 2012 SAFCA initiated a civil engineering effort to collect and evaluate data to determine if the levees protecting Sacramento along the Lower American and Sacramento Rivers are adequate enough to meet the minimum requirements of the National Flood Insurance Program. This evaluation included collecting several hundred geotechnical borings throughout the flood control system,” Davis said.

There are approximately 120,000 residential dwellings in the floodplains, many have been built too close to the levees. Hoping to address the new standards and eventually allow the certification of these levee systems, the ultimate goal of groups such as the SAFCA is to reduce flood risk. Other subgoals include avoiding mandatory flood insurance requirements by steering away from remapping.

One negative impact of remapping, Davis said, is that many property owners would be subjected to mandatory high-rate flood insurance.

“If improvements are not made and the levees remain uncertified, the FEMA would ultimately remap several areas in Sacramento into a ‘high-hazard’ zone. This would make high-rate flood insurance mandatory for most property owners and it would impose strict federal building restrictions, severely limiting any future development,” Davis said.

“[We] may determine the cost of flood insurance for property owners to financially protect themselves against flooding. FEMA maps the 100-year or 1 percent annual chance of flooding in any given year,” Humilde said.

Humilde explained that developing and updating a flood map is a collaborative effort and that projects can take up to three to five years to finish, sometimes longer.

“Flood maps are produced using the best available science and analyzed by some of the leading engineering firms in the field. The mapping standards are later published, vetted, peer reviewed and updated constantly so that they are in line with current, best practices,” Humilde said.

Humilde expressed that it would be difficult to accurately foresee what would happen if remapping were to occur because of how many years it would take to improve the levees and for FEMA to update a flood map.

“We could be looking at 10 years or more in the future,” Humilde said.

The SAFCA’s proposed project includes improvements six-miles along segments between downtown Sacramento and Freeport for the Sacramento River East Levee which accounts for 3,000 feet of bank protection. Another part of the project involves the North Sacramento streams. Along the Natomas East Main Drainage, Canal East Levee, Arcade Creek North and South Levee, there would be four-miles of improvements.  Prospectively, construction near the North Sacramento streams would begin in 2016 and changes would be made near the Sacramento River East Levee between 2017 and 2018. This project would aim to enlarge the Sacramento Bypass. The goal is to widen the bypass to double its size and to add a second weir.

According to Davis, the first thing that needs to be done in terms of construction, is to construct cut-off walls.

“The primary method that will be used to improve the levees is to construct slurry cutoff walls along the centerline of the levee. Cutoff walls, which are approximately three-feet wide and extend anywhere from 40 feet to 120 feet deep, will prevent water from seeping through and under the levee. Water seeping through and under levees has been known to lead to levee failure,” Davis said.

Referring to the Bypass, Gray-Garcia explained that the last major piece of the project is widening the Sacramento River’s Weir Bypass, which gives the whole system more flexibility and resiliency.

“When the water gets high, we can put more water through the bypass so it helps kind of relieve pressure,” Gray-Garcia said.

After Gray-Garcia explained the work that USACE had been doing on the Folsom Dam and on the American River, he described the sandy levee foundations that make levee improvements all the more needed. When a levee has a sandy foundation, water can leak especially when the water levels rise. Seepage, which is when water leaks through the levee, can occur.

“[Seepage] can cause a levee to fail so that’s a big problem that we’re trying to address throughout all of this work…[A levee cut-off wall] strengthens the levee and helps prevent water from leaking through it or under it,” Gray-Garcia said.

Because the levees were built close to the river, Gray-Garcia also expressed concerns regarding erosion.

“They’re very subject to erosion [because] a lot of times [water flows are] very fast and just tear the levee while it’s going downstream. So one way we deal with that is, we try to put large rocks to kind of armor the levee and then we plant vegetation on top of that so that it has a natural look and is environmentally friendly and it could conceal the rock for aesthetic purposes,” Gray-Garcia said.

According to Humilde, Sacramento residents who want to learn more about flood risks can visit floodsmart.gov. For tips on how to create a disaster preparedness kit and draw out a family emergency communication plan, they can go to ready.gov.

Simmons also provided his take on what residents should do.

“One of the first important steps in this is knowing your risk and taking steps to reduce that risk,” Simmons said.

Gray-Garcia referred to the seriousness of the flood issue.

“It’s not just about meeting standards, it’s very much about us being at risk for a very severe flood,” Gray-Garcia said.